by Legend Gilchrist 2 years ago in metal
Report Story 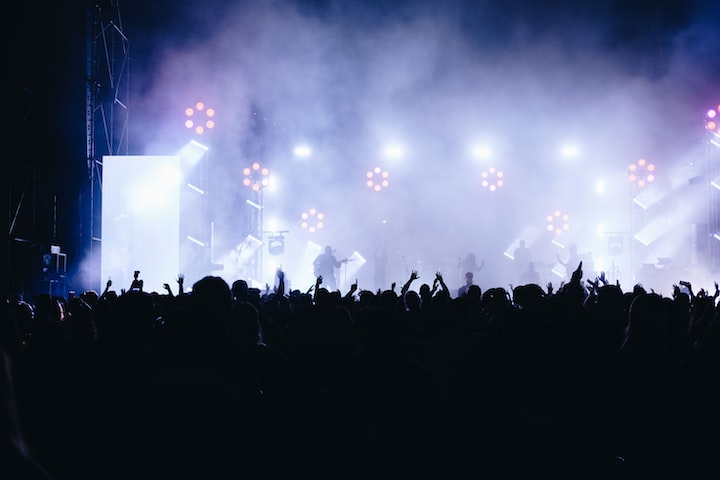 Photo by Anton Mislawsky on Unsplash

He picked out his favorite album: Countdown to Destruction by Megadeth. He wasn't going to fuck around so he put the needle directly on the channel that led to his favorite song on his favorite album: Symphony of Destruction. Fuck yeah, he thought as he heard the electric guitars growl, the bass thump rhythmically, the drums beat out the time, and the singer wail,

You take a mortal man

And put him in control

Watch him become a god

"Oh Fuuuuuuuuck yeah," he moaned gleefully as his head rocked to the beat. He couldn't dance though he wanted to. He was an invalid, a cripple, he was by the definition of the law: Disabled. But he never let that face that fact stop him. It never had and never would.

Led rats through the streets

Swaying to the symphony of destruction

He swayed to the beat alright. He grabbed both wheels of his mobile chair and rocked it back and forth. Then, as best as he could, he expertly and exquisitely moved the wheels of his chariot around the room as if in a formal heavy metal ballroom, dancing about with all the fine ladies and gentleman in the room who had the taste for the finer things in life like music by Megadeth, Metallica, Judas Priest, Motley Crue (which he preferred to simply call 'The Crew'), Gun 'N Roses (even though they were poser metalheads), Drowning Pool, Black Sabbath, Ozzy, and Ronnie James Dio (his personal favorite).

He began to bang his head back and forth when Metallica's "Master of Puppets" came on his vintage, tube stereo.

I'm your source of self-destruction

Veins that pump with fear

Leading on your death's construction

"Fuck yeah," he yelled. Leading on your death's construction. Having endured a life of pain and suffering that particular line made so much sense to him. His body worked against him daily. It was as if some twisted contractor was building an evil domicile inside his frail and weak body that was leading him on the primrose path of his death's construction. "Fuck yeah," he whispered as he considered that thought.

He needed to cool his overheated jets. He picked out "Ride the Lightning" and selected his favorite song, "Fade to Black," fell back on his torn, leather couch, took a sip of his cold Bud Light, lit up a Marlboro Red, inhaled the carcinogenic cloud of smoke, and thought about these lyrics in particular:

Things not what they used to be

Missing one inside of me

Deathly loss this can't be real

Cannot stand this hell I feel

Emptiness is filling me

To the point of agony

I was me but now, he's gone

"I was me but now, he's gone," he thought and considered deeply. "Were they talking about me? Of course they are. And every other poor schmuck who's only friend is their stack of metal and rock Vynle, a six-pack of beer, a carton of smokes, a few frozen pizzas, and a glimmer of hope. "Man, wouldn't that make a great song lyric?" he thought to himself. If he had bothered to continue playing guitar, surely that would be a number one hit on Billboard's charts with a bullet. "Fuck it," he yelled as he positioned the diamond-tipped needle back to "Master of Puppets."

Chop your breakfast on a mirror

He remembered the day when he did blow. "I never had it for breakfast, though!" he laughed. "God, thanks that my life didn't sink that far into the shitter!" He laughed. Now he preferred a cold brew and some righteous weed to free his forsaken soul. Today, he would partake in both. He drank a deep pull of his brewsky then fired up his trusty bong and took a few hits. In a few moments, the weed took it's sweet effect and brought his soul to metal heaven. Using all his remaining strength, his pulled out his all-time favorite metal album, "Sinner" by Drowning Pool. "Gotta turn my fucking stereo to 10 for this one," as he carefully placed the needle of his trusty record player to "Bodies."

"Fuck yeah," was all he could say as he pulled out his bong again.

(Author's note: Thank you Megadeth, Metallica, and Drowning Pool for your excellent, creative, and inspiring music.)

More stories from Legend Gilchrist and writers in Beat and other communities.