by Legend Gilchrist 2 years ago in concert
Report Story 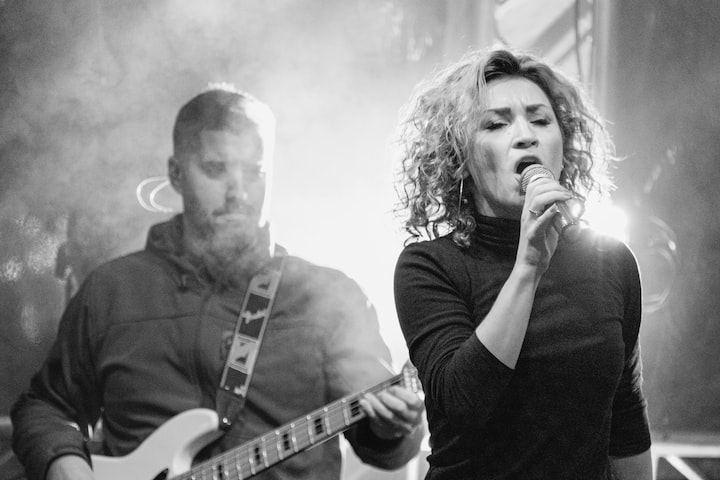 Photo by Alen Rojnic on Unsplash

The place was the Whisky a Go Go in West Hollywood, California. The time was exactly 9:27 p.m. It was another glorious evening on the Strip, a place that I called home. It was a balmy July evening and the scene at the Whisky and it couldn't have been better. I spent twenty minutes smoking a few cigarettes and looking at the colorful lights of the city race by me at slow speeds. Every dude and chick in a car was taken in the sites with glee as I was.

The Sunset strip in the evening is a magical place that anyone can go to for a great time. Restaurants of all types, by inexpensive and costly, are open for the hungry masses, clubs ranging from dance to rock have their doors open to all those who can pay the price of admission, friendly clerks man liquor stores stocked with anything and everything that one might need, and the brilliant colorful traffic on the Strip is truly an sight to behold.

Finally, it was time to go in. I cast my smoke to the concrete sidewalk beneath the black canopy of the Whisky, looked at the venue festooned with the colorful flyers of the featured bands, cracked a wicked smile and made myself in both arrogantly and proudly as if I owned the place. As a regular and a rock journalist, I owned the place and everyone knew it.

I was taken about by the blaring rock music and, let me tell you, it felt good. The singer, who was as hot as fuck, screamed her beautiful rock song lyrics poetically into her writing microphone, the guitarist wailed his solos melodically in tandem to the singer on his classic Les Paul gold top, the bass player locked up the beat with the drummer who twisted and twirled his drum sticks acrobatically to the beat of the music.

I sipped a cold brew, my favorite brand: whatever was cheapest. I scanned the crowd to see if there was anyone I knew. Unfortunately for me, none of my crew were there; however, there were a couple of fine women, dressed to kill, with short skirts, low cut blouses, and stiletto heels. I was in love. The kick-ass tunes that the current rock band was playing and the taste of my ice-cold beer only served to cause my beating heart to race faster and faster. I might be currently standing alone, but that sad fact would change soon enough.

I saw the beautiful female singer standing there, or was she a goddess? There she was with purple flowing dress which had beautiful hibiscus flowers magistically strewn throughout, frazzled sexy long black hair, black, sparkly leggings, and killer heels which caused her physique to rise into the sky of the club triumphantly. Her lyrics were magical, holy perhaps, poetry in the likes of Maya Angelou. She was, in fact and in deed, a prophetess of rock and roll in line with the immortal Janis Joplin and Jim Morrison.

I looked at my classic Timex watch, the one my dear departed father had given me as a high school graduation, to check the time. It was 10:15 pm. To me, time was irrelevant. Time didn't matter because the music was groovin' and the time was epic. I was both inebriated and high at the same time but not from my Miller High Life, from the kickin' tunes that this amazing band was presenting to the hungry audience. Actually, we were starving for the kind of music that this incredible band was giving us.

The band played a fascinating hybrid of new and old. A true highlight of the classic old school 1970's rock times with the modern twist of today. They played the soulful music of when nothing else mattered and the time when everything mattered. The music took away all my hurts and pains and in return, gave me a joy that felt like my younger years, a time when I didn't care about anything: Not one damn thing.

I was a connoisseur of rock music, an avid rock fan bar none. I used to think of myself as a wise, sage judge of the rock band or rock singer. I was the judge of a critical court case and the jury sat with bold determination and bated breath waiting for my wise judgment. I looked knowingly at the jury, the audience, the defense attorney, the band's sound man, and the attorney for the prosecution the club owner. My ruling would stand firm for all you losers to abide in. Every fucking single one of you.

The verdict for tonight's bad was "Guilty." Guilty of being the single most awesome rock band that I had seen in ages and the singer was guilty of the crime of being a rock prophetess on high, standing up proudly on the Marshall full stacks behind the band. After all the said, and the tubes were cooling on the Marshall amps, the sweat was mopped off of the singer's gorgeous face, and the stage lights were dimmed, I ruled that the evening was good. Very good.

More stories from Legend Gilchrist and writers in Beat and other communities.