The Assassination of John Lennon

by Lawrence Lease 4 months ago in celebrities
Report Story

The shocking murder of a Beatles legend 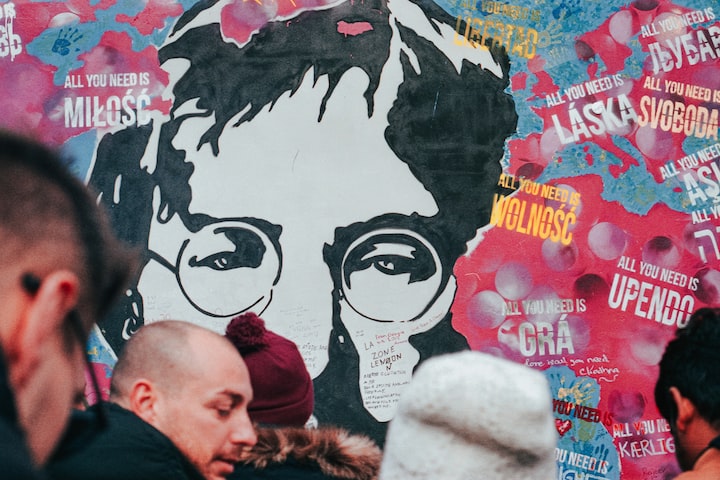 On the evening of December 8th 1980, English musician John Lennon, formerly of the Beatles, was shot and fatally wounded in the archway of The Dakota, his residence in New York City. His killer was Mark David Chapman, an American Beatles fan who was incensed by Lennon's lavish lifestyle and his comment that the Beatles were "more popular than Jesus". Chapman said he was inspired by the fictional character Holden Caulfield from J. D. Salinger's novel The Catcher in the Rye, a "phony-killer" who despises hypocrisy.

Mark David Chapman, a 25-year-old former security guard from Honolulu, Hawaii, was a fan of the Beatles with no prior criminal convictions. J. D. Salinger's novel The Catcher in the Rye had taken on great personal significance for Chapman, to the extent that he wished to model his life after the novel's protagonist, Holden Caulfield. One of the novel's main themes is Caulfield's rage against adult hypocrisy and "phonies". Chapman claimed that he had been enraged by Lennon's infamous, much-publicized remark in 1966 that the Beatles were "more popular than Jesus", and by the lyrics of Lennon's songs "God", where Lennon states that he does not believe in God or Jesus, and "Imagine", where Lennon altruistically states "imagine no possessions", yet had a lavish lifestyle as depicted in Anthony Fawcett's 1976 book John Lennon: One Day at a Time, making Lennon a "phony".

On October 27th 1980, Chapman purchased a five-shot .38 caliber Charter Arms revolver in Honolulu for $169, needing only a driver's license and to complete two forms. He flew to New York on October 29th, after contacting the Federal Aviation Administration to learn the best way to transport a revolver. Chapman learned that bullets can be damaged on the plane, so he arrived without ammunition and therefore left New York on November 12th or 13th. He took a flight back to New York on December 6th and checked into the Upper West Side YMCA for a night before moving to a Sheraton hotel in Midtown Manhattan.

Chapman waited for Lennon outside the Dakota in the early-morning and spent most of the day near the entrance to the Dakota, talking to fans and the doorman. During that morning, Chapman was distracted and missed seeing Lennon step out of a cab and enter the Dakota. Later in the morning, Chapman met Lennon's family nanny, Helen Seaman, who was returning from a walk with Lennon's five-year-old son Sean. Chapman reached in front of the housekeeper to shake Sean's hand and said that he was a beautiful boy, quoting Lennon's song "Beautiful Boy (Darling Boy)".

Portrait photographer Annie Leibovitz went to the Lennons' apartment to do a photo shoot for Rolling Stone magazine. Leibovitz promised them that a photo of the two of them naked together would make the front cover of the magazine. Leibovitz took several photos of John Lennon alone and one was originally set to be on the cover. Although she did not want to be naked, Lennon insisted that both he and his wife be on the cover, and after taking the pictures, Leibovitz left their apartment at 3:30 PM. After the photo shoot, Lennon gave what would be his last interview, to San Francisco DJ Dave Sholin, for a music show to be broadcast on the RKO Radio Network. At around 5 PM Lennon and Ono, delayed by a late limousine shared with the RKO Radio crew, left their apartment to mix the song "Walking on Thin Ice", an Ono song featuring Lennon on lead guitar, at the Record Plant.

As they left the building, they were approached by Chapman who asked for Lennon's autograph, a common practice, on a copy of his album, Double Fantasy. Lennon liked to give autographs or pictures, especially to those who had been waiting for long periods of time to meet him. Later, Chapman said, "He was very kind to me. Ironically, very kind and was very patient with me. The limousine was waiting ... and he took his time with me and he got the pen going and he signed my album. He asked me if I needed anything else. I said, 'No. No sir.' And he walked away. Very cordial and decent man." Paul Goresh, an amateur photographer and Lennon fan, took a photo of Lennon signing Chapman's album.

The Lennons spent several hours at the Record Plant before returning to the Dakota at approximately 10:50 PM. Lennon wanted to be home in time to say goodnight to his son, before going to the Stage Deli restaurant with Ono. The Lennons exited their limousine on 72nd Street instead of driving into the more secure courtyard of the Dakota. The Lennons passed Chapman and walked toward the archway entrance of the building. As Ono passed by, Chapman nodded at her. As Lennon passed by, he glanced briefly at Chapman, appearing to recognize him from earlier. Seconds later, Chapman drew his gun, which was concealed in his coat pocket, aimed at the center of Lennon's back, and rapidly fired five hollow-point bullets from a distance of about nine or ten feet.

Based on statements made that night by New York City Police Department Chief of Detectives James Sullivan, numerous reports at the time claimed that before firing, Chapman called out "Mr. Lennon" and dropped into a combat stance. Later court hearings and witness interviews did not include either "Mr. Lennon" or the "combat stance" description. Chapman said that he does not remember calling out to Lennon before he fired, and that Lennon did not turn around. He claimed to have taken a "combat stance" in a 1992 interview with Barbara Walters.

One bullet missed Lennon and struck a window of the Dakota. According to the autopsy report, two bullets entered the left side of Lennon's back, traveling through the left side of his chest and his left lung with one exiting from the body and one lodged in his neck. Two more bullets hit Lennon in his left shoulder. Lennon, bleeding profusely from external wounds and from his mouth, staggered up five steps to the security/reception area where he said, "I'm shot! I'm shot!". He then fell to the floor, scattering cassettes that he was carrying.

Jose Perdomo, the doorman, shook the gun out of Chapman's hand and kicked it across the pavement. Concierge worker Jay Hastings first started to make a tourniquet, but upon ripping open Lennon's blood-stained shirt and realising the severity of the musician's multiple injuries, he covered Lennon's chest with his uniform jacket, removed his blood-covered glasses, and summoned the police. Chapman removed his coat and hat to show he was not carrying any concealed weapons and remained standing on West 72nd Street, waiting for police to arrive. Underneath his coat, he wore a promotional T-shirt for Todd Rundgren's album Hermit of Mink Hollow. Perdomo shouted at Chapman, "Do you know what you just did?", to which Chapman calmly replied, "I just shot John Lennon."

Officers Steven Spiro and Peter Cullen were the first policemen to arrive at the scene; they were at 72nd Street and Broadway when they heard a report of shots fired at the Dakota. The officers arrived around two minutes later and found Chapman standing very calmly on West 72nd Street reading a paperback copy of J. D. Salinger's The Catcher in the Rye. They immediately put Chapman in handcuffs and placed him in the back seat of their squad car. Chapman made no attempt to flee or resist arrest. Cullen said of Chapman: "He apologized to us for ruining our night. I turned around and said to him, 'You've got to be fucking kidding me. You're worried about our night? Do you know what you just did with your life?' We read him his rights more than once."

Officer Herb Frauenberger and his partner Tony Palma were the second team arriving on the crime scene. They found Lennon lying face down on the floor of the reception area, blood pouring from his mouth and his clothing already soaked with it, with Hastings attending to him. Officers James Moran and Bill Gamble then arrived on the scene and Frauenberger put Lennon in their car. Moran and Gamble then drove Lennon to Roosevelt Hospital on West 59th Street, followed by Frauenberger and Palma, who drove Ono to the hospital. According to Gamble, in the car, Moran asked, "Are you John Lennon?" or "Do you know who you are?" to which Lennon nodded, but could only manage to make a moaning and gurgling sound when he tried to speak, and lost consciousness shortly thereafter.

The day after the murder, Lennon's remains were cremated at Ferncliff Cemetery in Hartsdale, Westchester County, New York and his ashes were scattered in Central Park, in sight of their apartment. Chapman was taken to the 20th Precinct on West 82nd Street, where he was questioned for eight hours before being brought to New York County Criminal Court on Centre Street in Lower Manhattan. A judge remanded Chapman to Bellevue Hospital for psychiatric evaluation.

In 1981, despite advice by his lawyers to go to trial, Chapman pleaded guilty to murdering Lennon, saying that the guilty plea was the will of God. Under the terms of his guilty plea, he was sentenced to 20-years-to-life with eligibility for parole in 2000. Before his sentencing, he was given the opportunity to address the court, at which point he read a passage from The Catcher in the Rye. He has been denied parole eleven times and remains incarcerated in Wende Correctional Facility, east of Buffalo, New York.

More stories from Lawrence Lease and writers in Beat and other communities.