THE 90s: MUSIC THAT TRANSCENDED, THE PERFECT MIDDLE GROUND

by Michael Couvaras 2 months ago in 90s music 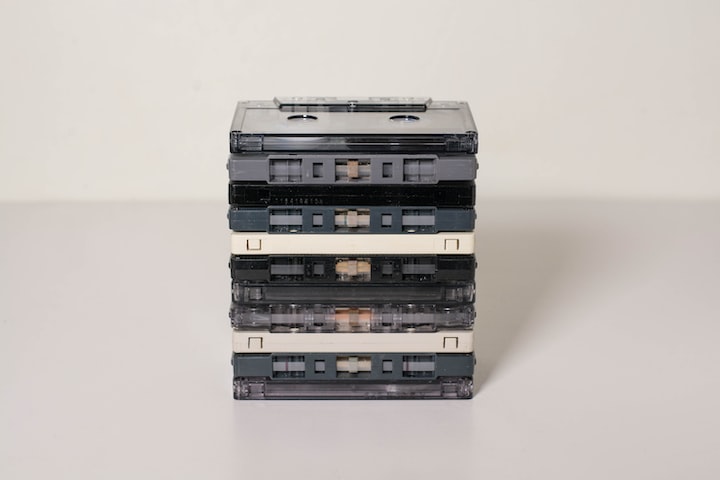 Photo by Brian Kostiuk on Unsplash

It seems as if everyone and anyone these days looks back at the 80s as their favourite decade, even if they weren't born in it, in part because of the wave of nostalgia seen in pop culture in recent memory. And even though I admire music from that period, I'll be quick to say upon my recent reflection of it, that even though most jams have a feel good element to them (think anything by A-ha or Duran, Duran and the such). There is very little in terms of conversation going on there. And by this I mean the umbilical cord between the listener and the performer and the world around them.

In the wake of The Berlin wall coming down, the Clinton administration, several conflicts in Southeastern Europe and the continuing spread of Capitalism. It seemed as if there was something else in the air, a sort of realisation that something had not been right all along. The 80s adorned the power of greed and vanity, watch most films and music videos from the 80s and you'll be quick to realise most characters and performers seems to relish in the mania. The 90s however brought with it a wave of curiosity, is greed okay? What are we working for? Why are we getting involved in a war that's not ours? Who are we?

Does this sound familiar? You will probably immediately think of the late 60s-70s and the counterculture era, you might think of Vietnam or Watergate and the paranoia that festered during that period. The truth of the matter was the 90s was no different. The only difference was that the world had become pro capitalist and it was here to stay, and let's face it, that's very true even today.

With this in mind, many people in the 90s learned to cope with the needful nature that came with a financial system that was relenting, out of this came a rage from Generation X. With literature like Fight Club and films like Slacker it was evident that people were burning inside and they all wanted to express that fury.

Of all the forms of expression, the music spoke the loudest...

You had the grunge scene; Nirvana, Alice In Chains, Pearl Jam and Sound Garden to name a few. Each one of these bands led by front men like Kurt Cobain and Chris Cornell, front men who sounded as though their voices had been met with great derision, transcended in every misunderstood teenager's bedroom.

You had the Brits; Radiohead, Oasis, The Verve, Blur and Pulp. The kind of music you would play at a gathering in your little apartment with friends over, enjoying the mellowness in the background only to pay close attention to the lyrics and realise, underneath the English aura, there was actually a dialog going on...a relevant one that transcended borders.

Take for instance these lyrics from The Verve's The Drugs Don't Work.

And I hope you're thinking of me

As you lay down on your side

They just make you worse

But I know I'll see your face again

It's easy to immediately analyse these lyrics written by Richard Ashcroft and view them as a tale on drug use, and though Ashcroft did write it based off his own experiences with addiction, let us not forget that there was an Opioid crisis happening in the world. If you were listening to this track on a Saturday afternoon, you couldn't help but realise that there was clearly relevance beyond the rhythm.

We had Spice Girls, Backstreet Boys, Christina Aguilera, Will Smith, Destiny's Child and Mariah Carey killing it on the airwaves. No matter how much you resisted the catchy tunes of these artists, you would eventually find yourself humming 'Backstreets back, alright.' Here's the thing though, under the surface of groups like Backstreet Boys and Spice Girls was a concept of commercialism in full swing, factory made bands made entirely for entertainment purposes. That being said, there was still a level of awareness in their song lyrics, whether it was Spice Girls talking about loyalty and friendship, Destiny's Child on difficulties of being an independent woman at such a time in history (see Bills, Bills, Bills). Today on the one hand, most musicians can only speak of two things; breakups and bling. Very imaginative (insert sarcasm).

And when it was time for pop stars to go deep and serious, they did with flying colours. Take for instance Madonna, a musician that has pretty much been a major trend setter of every decade she has released an album in. Her album Ray of Light was a prime example of art meeting commerce, entertainment with deep meaning. A spiritual spiral of a track, Ray Of Light sets the tone of modern living, the rush of the everyday, busy times and the American dream in context. The rest of the album is a shadowy and cautionary understanding of self and the world at large. This was also accentuated by the wonderfully crafted music videos that complimented the tracks. Here's a lyric sample from Nothing Really Matters.

Looking at my life

It's very clear to me

I lived so selfishly

I was the only one

Perhaps this is a response to the aftermath of her glamorized career in the 80s, perhaps this is a response to a music system that in the previous decade valued thrills instead of meaning? Who knows. Not only did tracks like this move with such life and consistency but they were very interpretable and beyond this allowed the listener to expand their horizons much like a good book would.

And how can we talk about the 90s without the hip hop wave? On the East Coast we had Nas spitting the truth of his upbringing in New York, his track The World Is Yours, a Scarface reference with a jazzy chill flare made for a compelling understanding on the struggle and hustle of a young black male. You also had the Wu-Tang Clan with their cinematic and memorable beats such as Cream. If anything Wu Tang might have created their own sub genre within the archives of hip hop, what you might call cocktail mixes influenced by pop culture and street poetry.

Snoop Dogg, The Notorious B.I.G, Flava Flav, Ice Cube and 2Pac were just many of the poets carving out insightful tracks of life in the hood, a place much far away than the white and idealised suburbs that we saw so much of in films and music videos up until this point. We might have had N.W.A in the late 80s, but they were still under control by managers with ulterior interests. By 1993, a lot of hip hop artists had their own labels and could express their stories without red tape.

Take for instance these lyrics from It Was A Good Day by Ice Cube.

I picked up the cash flow

Then we played bones, and I'm yellin' domino

Plus nobody I know got killed in South Central L.A.

Today was a good day

If that doesn't give you an insight into life in South Central L.A at the time, then I don't know what else will. And though this might have been heavy on the truth, you always had something like Skee-Lo's I Wish to cool things down. Funnily that too is a great examination of needs and dreams from a black male perspective.

Because the 90s allowed artists to craft music with perspective and curiosity in mind, much like the counterculture era, there too came the beauty of experimentation with artists like Daft Punk, Massive Attack and Jamiroquai. Bjork cemented herself as a prime example of expression. Then you had Boards Of Canada, though they were immensely underground, they were conducting mood pieces with sound that were very hard to describe so easily, and yet still immersive.

And the list goes we also had Weezer, Rage Against The Machine, Texas, The Smashing Pumpkins, Garbage, Fugees, The Cranberries and so much more...

A decade is best remembered by its arts and culture, not through its politics, because politics works the same in every direction. Music and arts on the other hand can be changed; it can be chopped up and turned into something new, it can talk about the moment and it can talk about what's inside. However, for it to be listenable on a mass scale, it needs to have investment. And whilst today there seems to be little investment in new and bold voices, the 90s proved that there was indeed a sweet spot, labels cherished uniqueness and above all a perspective, like the bards of the counterculture era such as Joni Mitchell and Bob Dylan, the 90s had its own bunch of prophets. These artists came from across extremely different walks of life, whether from South Central LA, Twickenham or Iceland.

The world was now capitalised and turning into a globalised economy. With that came the spread of media, more television sets being bought and computers taking a life of their own. We also had MTV at its height and most influential. What this meant was more people could listen and engage with each other, even though there was no social media (and we were better for it), somehow through the power of the lyrics and raw expression of the music, nobody was actually alone nor alienated. Things were just right, the perfect middle ground.

Michael Couvaras was obsessed with cinema from an early age. Born in Zambia, he now finds himself in London in his twenties making independent films, music videos and commercials. When he's not doing that, he is writing articles on cinema.

See all posts by Michael Couvaras →