Nostalgic Musicians Who are All Grown Up Now 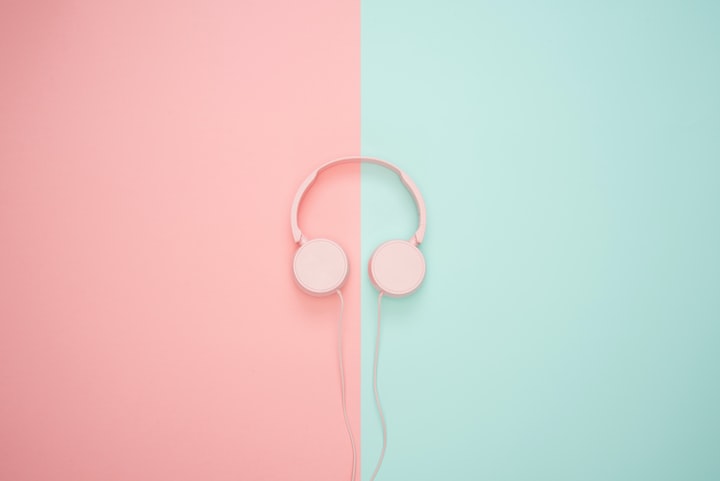 Photo by Icons8 Team on Unsplash

If all you know of Taylor Swift are her country-pop roots, or if your favorite Mumford & Sons song is "Little Lion Man," then you are seriously missing out. So many of the artists that were topping the charts when we Millenials were young are now making music that sounds totally different, and -dare I say it - so much better.

The nostalgia of music is pretty much universal; whatever you were listening to in high school, you'll probably continue to love it for the rest of your life. It'll always carry those warm fuzzy feelings, no matter how many times you play Paramore's Misery Business.

I'm no expert, but this is a Public Service Announcement. If you haven't checked in on your old favorite artists in a while - go do that. My top five are here to get you started - whether you loved them ten years ago or not, their new music is 100% worth checking out (in my very biased opinion).

I remember the days where the speedy banjo riffs were absolutely inescapable; every single radio station was playing these guys. Some still are, believe it or not.

But, as much as I loved the old Mumford - I didn't even recognize them in their most recent album, Delta (2018). From my minimal research, it seems like they spent some time in New York developing the album and it seriously blew my mind. I like to challenge my friends to guess the artist, then put on Woman. No one has figured it out without hints yet! Some of the others have the more familliar folksy sound, like Rose of Sharon and Picture You, but still, the feel is a mature and thoughtful version of the banjo-loving Mumford from 2009.

I already referenced Hayley Williams' 2007 sound, but she's also made a comeback in the past five years that sounds refreshingly upbeat.

If you liked Misery Business, you should try Hard Times. You may have actually heard that one on the radio, but you'll probably also like the slightly less popular 26 if you liked The Only Exception, too.

It's been about five years since the last Paramore album was released, so I'm hoping we see something new from them again soon, but until then, we have up-and-coming artists like Olivia Rodrigo channeling the 2007 energy to tide us over. (:

3. Hootie and the Blowfish

You may actually already be onto new H&TB and not even know it - I sure didn't realize I was listening to their lead singer on the country station, of all things.

You're probably familiar with a few of their songs from the 90s, even if you don't love them. Anyone who has ever listened to a soft rock radio station knows Let Her Cry and Only Wanna Be With You. These are classics, and judging by their play counts, will probably always be popular.

But, if you also know Wagonwheel or Beers And Sunshine, then you still know Hootie & the Blowfish - sort of.

The lead singer from Hootie & the Blowfish, Darius Rucker, is now a brilliant country artist with a completely different sound. Even across 20 years or so of albums, his most recent still has one of his most popular songs. Beyond nostalgia, there's a ton of genuinely incredible songwriting to explore if you love the band that started it all.

I loved the Civil Wars back in the Barton Hollow days, where all of the songs sounded nearly identical with the same somber melodies and folksy instrumentals. It was dark, moody, angsty... all of the things I wanted in an album when I was a teenager.

Cut to modern times, when I realized they were no longer making music when I went looking for them to see what was new. Lucky for me - I found their leading lady Joy Williams, instead, and what a difference in sound!

The first song of hers I ever heard was Woman (Oh Mama) and I was stunned, in the best way. The contrast was so striking, from slow and somber to this loud, feminist masterpiece. The newest album Front Porch is a little bit more like the old Civil Wars sound, but still with a refreshingly upbeat tone that might suit your 20s better than the angst.

I put this one last because I know a ton of people are going to hate this one, but can we just admire for a second the amount of work that must go into reinventing your music every couple of years? Taylor has mastered the art of growing with her fans, and staying on top of the trends year after year.

If you've ever seen her on one of those talk show music games, you already know that she knows everything there is to know about music past and present. But to have the business mastery on top of that? She's brilliant, and I'm forever a fan. Folklore and Evermore are phenomanol albums, and even if you've never been a fan before, you should take a peek and see because it's a 2020 mood.

I was never a huge MGK fan, but wow do I love the 2020 album. It's pretty much everything I would have loved to sing in the car in high school, except that it didn't exist then - and although I don't know much about early 2010s Machine Gun Kelly, I know I wasn't a fan.

It's kind of a reverse nostalgia where the vibe is familiar even though the music is new? I'm not sure, but I felt it deserved a place on this list.

Receive stories by Kisa Hart in your feed
Kisa Hart
Read next: John Lennon Vs. Paul McCartney - The Great Lyrical Feud of 1971