by Las Matamaridos about a month ago in festivals
Report Story

Two music festivals a week apart after the pandemic 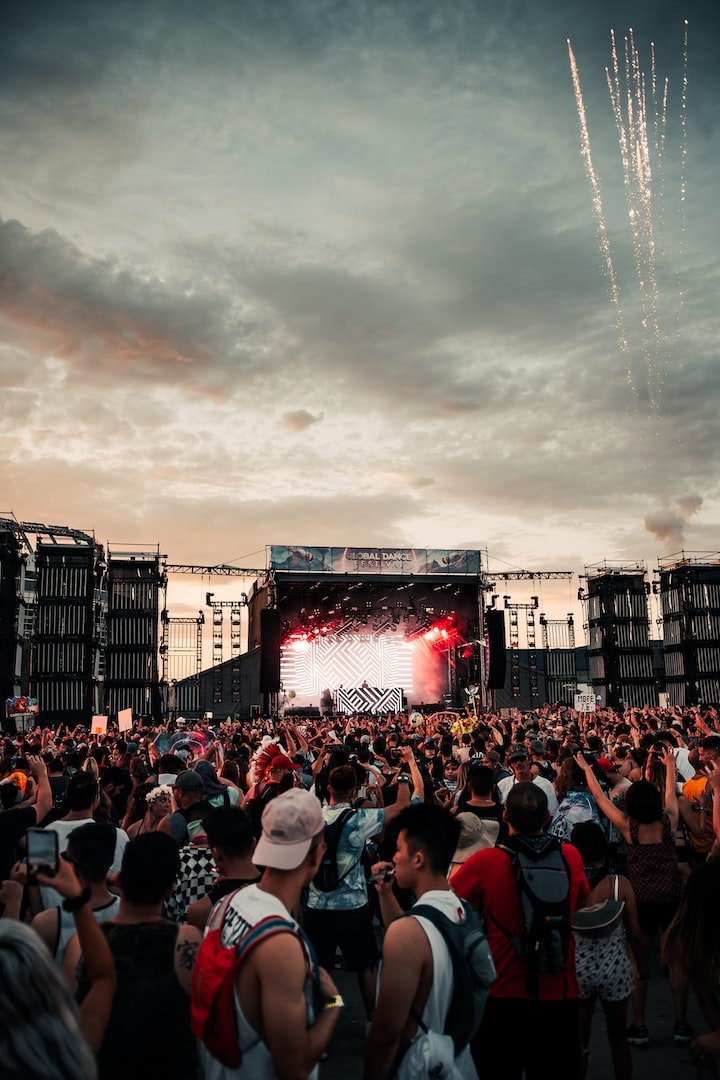 I spent the entire pandemic chomping at the bit in anticipation of enjoying live music once again. While I have gone to as many shows as I can handle since the world began reopening, I have also been doing my fair share of road trips and travel.

A festival I was YEARS excited in the making was the Lovers an Friends music festival. This lineup was so jam pack with all the R&B favorites from the 90s and early 200s that people were selling their passes because they doubted the validity of the festival and it happening at all.

I on the other hand never had a doubt in my mind that the festival would take place. That being said, the sheer newness and lack of know how from those in charge of organizing this event made it very difficult for a ticket holder to have confidence that it would be happening at all.

Ticket holders did not hear anything till April 21, 2022 on social media in regards to a show happening the week of May 14 & 15, 2022. Another major CON was the set times. For a show as large as Lovers and Friends it was imperative to know the set times. There were four stages and not until May 10, 2022 did we get a MAP of the festival grounds and how the stages were to be laid out. Set times did not officially go up until May 12, 2022. TWO DAYS before the day of the first show. The newness of these organizers was definitely showing and on display in a embarrassing manner. Another detail missing was information about what food vendors were going to be there. Nothing in terms of relevant details was made public on social media.

This festival also made itself know at least a year in advance. June 21, 2021 was when the announcement made. Their list of set times went up April 25, 2022! Shy of just over a month before the actual show took place, planning was a whole lot easier with this show. The food vendors list went up May 13, 2022 and the map went up May 17, 2022. A major detail in this festival is an app you can easily download on your smart phone that will provide you with all the necessary information on the actual day of the festival. Parking was vast and although it was over priced, it was not as nearly as over priced as Lovers and Friends parking in a much much smaller lot.

The differences, both good and bad did not detour me from returning to either of these events if and when they should return next year. However, if the same lack of effort and organization is repeated, then there are steps I can take on my part to be better equipped

THE GOOD THE BAD AND THE UGLY

Lovers and Friends had an amazing line up that I had never seen on a bill since the early 2000s. How can so many artists be at one place playing all my favorite hits? For months in advance I created an R&B playlist of the artists that were set to perform there and I would go through it often while I cleaned, walked my dog or during my commute. The group of friends I went with planned and planned for this festival. I was not at all disappointed by the artists I saw live that day.

Just Like Heaven also contained artists I had not seen live in a very long time and it was another festival I was really looking forward to. It too didn't not disappoint. The set up was so aesthetically pleasing and happy. The mood it exuded was one of peace, tranquility and good vibes. Entry was simple, quick and easy to get through and stages were far enough apart that the music did not crash into each other.

The Bad with Lovers and Friends was the complete and utter lack of preparation in nearly every aspect it took to put this whole thing together. The free water stations dealt out hot water that bordered on boiling hot water that one could make tea with. There was a lack of shaded areas was laughable. The temperatures in Las Vegas was well into the 100s and with so much open space at the entrance, shaded stations could have easily been set up. The AC buses were a ridiculous waste of time and space as not anywhere near enough people could enjoy the needed break from the heat. Misters would have also come in handy, promotional fans, visors, anything to help with the intensity of the sun.

A major no no at Just like Heaven was the craft beer section. There looked to be only one and the massive line was insane. I question who was in charge of that set up. If the idea is to promote your local brewery, it might be a good idea to make it more accessible than the domestic options offered at every stand surrounding the event. The down time between bands ran a bit too long and the sound was a bit distorted. I noticed it the most during the MIA performance. I love her and was looking forward to her performance the most so it felt like a let down in that sense.

The trophy wearer of the Ugly belongs hands down to the organizers of Lovers and Friends who poorly managed a stampede, prohibited re-entry on the first day despite the intense heat and people wanting desperately to escape it for moments at a time, And in knowing how hot the water in the free water stations were still charged for the can water for a majority of the day. These details are dangerous as the multitude of people passing out from the effects of the sun as well as those injured in the stampede just shows how unprepared these organizers were.

Readers can easily argue with me that the level of each festival was vastly different and a comparison of the two is not really fair. But as I have previously mentioned before I am a lover of festivals. It gives me a sneak peek into a performers new material which will then lead me to decide if I want to see them when their inevitable tour begins. I love going to Life Is Beautiful which takes place in early September each year. That is a well organized and well prepared for THREE DAY FESTIVAL held in downtown Las Vegas. I have never experienced anything like what I did for the Lovers and Friends show. Fortunately for my group and I the second day show we went to was allowing re-entry as well as giving the cans of water away for free for as long as they lasted which was during the last two performances when I noticed at least. They were even out of ice!

I dont want to take away from the phenomenal performances I saw at both festivals. Too Short T-Pain, SWV, Ciara, Ashanti, Usher, Ludacris, Lil Jon, Neyo, Sean Paul, Keith Sweat Jodeci and so many more from Lovers and Friends. Just Like Heaven blew me away with Bloc Party, one of my all time favorites, Modest Mouse, Franz Ferdinand, M.I.A. and a killer performance put on by the Hives!

I am looking forward to many more festivals and I intend to write about each and every one of them. See you for the next one.

More stories from Las Matamaridos and writers in Beat and other communities.