Is Gaga Religious? What is Lady Gaga's Religion?

by Rui Alves 11 days ago in celebrities

Do you know Lady Gaga's religion? Is she a believer or atheist 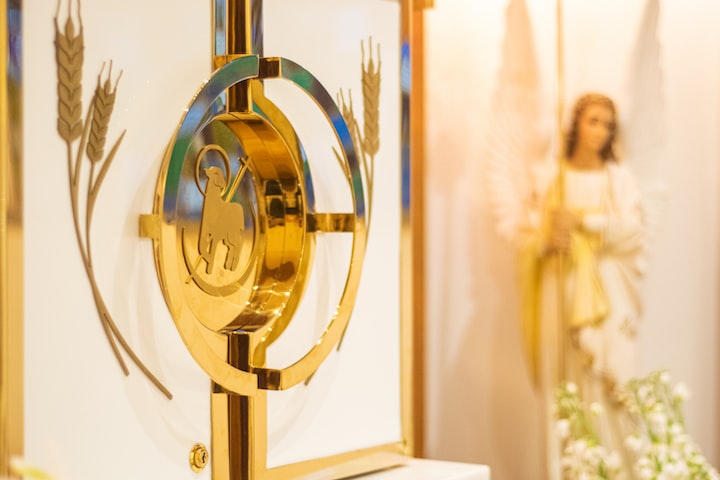 We all know Gaga has an eye-popping musical and academic background, but what about her religious beliefs. Could she be a believer? Do you want to know more about the diva?

What is Lady Gaga's Religion?

Gaga was an early bloomer in life. Believe it or not, she learned to play the piano at the age of four and started composing when she was thirteen years old.

She was born in a typical middle-class family. Both of her parents have Italian ancestry and French-Canadian roots. Her parents are Cynthia Louise and Joseph Germanotta. Gaga spent her childhood around Upper West Side Manhattan.

Descended from Italians from Sicily, Gaga is heiress to an Italian restaurant called Joanne Trattoria, which is located on West 68th Street in New York City! Even the name of the restaurant is the same as the popstar's baptism name.

Hence, we could guess she has roman catholic origins. Could Gaga be a Christian?

That's right, folks, Lady Gaga is a Christian. From age 11, she attended a private all-girls nun's school. According to Wikipedia, the Convent of the Sacred Heart, an independent Roman Catholic all-girls school, is located on Manhattan's Upper East Side at East 91st Street and Fifth Avenue. Teaching from pre-kindergarten through twelfth grade.

Gaga attended the same school as the Hilton heiresses Paris, and Nicky Hilton. However, they weren't friends: "People assume that all the girls who went to my school were like Nicky and Paris, and the truth is that I went to a very, very religious school. (…) It was like any other high school. Except we had nuns."

She added: "I was the smart, studious theatre and music student. (…) "I didn't hang out with all the popular blonde girls. I wasn't blonde really until I was 20 years old."

Thus, she received a super-traditional Catholic education in her childhood! And she was still a good student. The only problems were her "rebellious" behavior. Still, at the age of 14, she was already performing in small clubs in New York City.

Lady Gaga upholds her faith and has weaved biblical imagery and verses into various songs. "I'm a religious and spiritual person who's obsessed with religious art… I'm obsessed with it," said Lady Gaga in an interview with E! News.

Take, for instance, her album Born This Way; as if not religious, it's packed with biblical mentions. Namely, references to Jesus and his disciples, like Judas.

"I struggle with my feelings about the church in particular, but I guess it's quite honestly completely separate, isn't it? Religion and the church are two completely separate things. In terms of religion, I'm very religious. I was raised Catholic. I believe in Jesus, I believe in God, I'm very spiritual -- I pray very much. But at the same time, no one religion doesn't hate or speak against or be prejudiced against another racial group or religious group, or sexual group. For that, I think religion is also bogus. So I suppose you could say I'm a quite religious woman that is very confused about religion. I dream of and envision a future where we have a more peaceful religion or a more peaceful world, a more peaceful state of mind for the younger generation."-"Larry King Live", June 1, 2010, via Huffington Post)