by Richard Revelstoke 10 months ago in bands 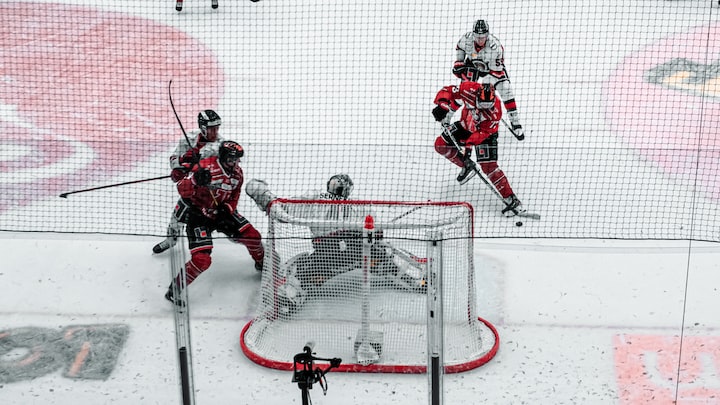 Photo by Philip Myrtorp on Unsplash

One thing I have noticed about bands and specifically rock bands is that all bands seem to unconsciously form in numbered groups, What I mean is that a trio is always a trio, and a quartet is always a quartet. Very rarely do bands add or subtract the magic number that works for them. They very often change personnel, but not the requisite number. There are exceptions of course, Genesis went from a five piece to a three piece (sort of), replacing Peter Gabriel with Phil Collins and hiring session player, Chester Thompson when touring. So in reality they were actually a four piece, using Phil in the studio for the dual function of singer and drummer. Which leads to my next point, that all rock bands are really a six-piece. And that is because the essential elements of rock and roll are as follows:

And more specifically, electric bass, electric guitar and electronic keyboard as opposed to a piano. It is the electric-ness that differentiates rock from all other musical art forms. Though, you might argue jazz, blues, country, hip-hop, soul, funk all use electric instruments, it is the degree and sheer volume that rock bands generate that separate them from other genres. Sure, rock bands also use many other instruments like sax, violin, harmonica, percussion, banjo, flute and so on but these instruments are add-ons and not essential components.

Some would argue that a rock band is really a three-piece: bass, drums, guitar and vocals, with the guitarist singing. But every trio I can think of adds in rhythm guitar, keys and often a whole lot more when they record. For example, Rush is really a six-piece band with Geddy Lee singing, playing bass and playing keyboards, and Alex Lifeson playing lead when playing live but on cd he plays both lead and rhythm parts. And well, Neil Peart (R.I.P.) is kinda like two or three guys when he plays so hey, they are a really huge band right?!

Now to explain why I call this section Hockey: A band is like a hockey team, the drummer is the goalie, the bass and rhythm guitarist are the two defensemen and the singer is the center with the lead guitar and keys acting as the wingers. The forwards (or frontmen) handle all the crowd pleasing action, display high skill and complexity of movement, whereas the defense, watch the angles, skate where they are needed, support the forwards and defend the goalie at all cost. They are often under-rated because it is more difficult to gauge their performance, and they are not as exciting to watch. The forwards score! And you know how good a center is by how many goals and assists he gets each season.

Every good forward, like every good singer knows, without a strong supportive defense (rhythm section) he or she is just not going to feel confident out there in front of the crowd. And like a hockey team, a band has to work together to make it all happen.

There’s nothing worse than organising your whole day around a practice and then nobody shows up which happened to me a couple times. Nothing is more demoralising.

If your bandmate is looking for the band to provide him with things, such as cash, gas money, “Can I borrow your guitar?” “Can you give me a lift?” and doesn’t want to make any financial contribution towards gear, recordings or whatever; if he or she is the type who only likes a few of the tunes and won’t play the rest, or shows up complaining about what a bad day they had, how tired they are, and “do you have anything to eat?” maybe it’s time to move on.

Regardless of skill level, you really need dedicated, hard working people in your band. They must have a strong work ethic and a positive attitude. Those with weak or even beginner musical skills can improve in time if you are patient and encourage them. But people with bad attitudes, poor work habits and little to offer rarely improve. Hey, let’s face it, jerks stay jerks. Without divine intervention, people don’t change.

And now, to almost, (but not quite) completely contradict myself, I would have to add that some people do in fact change but it takes a long time. If you stick with some people, and if they have the burning desire in their heart, they will eventually come round. Knowing who those people are however is difficult to discern.

It would be nice if all bands were like the Beatles or U2 -- boyhood friends from high school who started a band and got rich and famous. However, most of us are jumping from band to band and changing players all the time. The Red Hot Chili Peppers, for example have never had the same line-up for any length of time. Only Flea and Anthony Kiedis are original members, and even Anthony left for a year, leaving Flea holding the bag.

So choose wisely and get a good team going and remember to keep your guitar tuned and keep you stick on the ice.

Read next: Tony Orlando and Dawn