by Joe Patterson 2 months ago in celebrities
Report Story

A look at the dangerous current climate of Hip Hop. 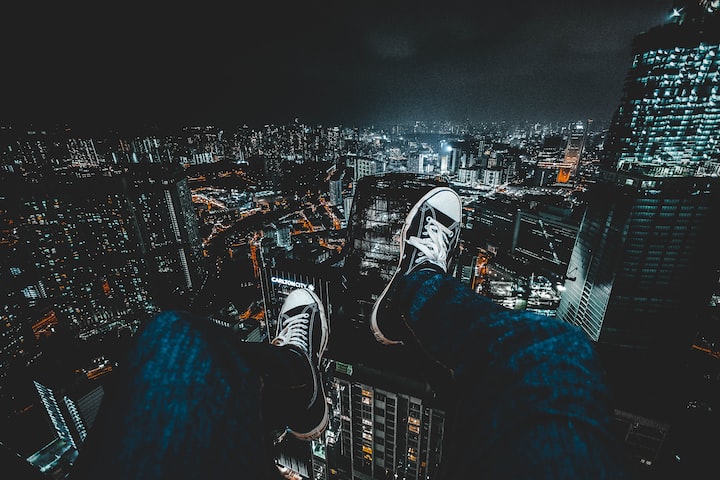 Photo by Anthony Intraversato on Unsplash

When I was a small boy in the late 90's and early 2000's, the murders of rappers Tupac Shakur and The Notorious B.I.G. were some of the biggest shockwaves flowing heavy through entertainment and music culture, even in the years after they happened. It was a real taboo to see some of the biggest stars in the world lose their lives in the midst of a real life feud. Tupac and Biggie's deaths were definitely a taboo for the time period, basically equating to the level of urban legend status, but if you fast forward over 20 years later, murders like that of Tupac and Biggie have become an industrial norm for the world of Hip Hop and for that reason alone Hip Hop is in a dire state of emergency.

In late 2003, in the midst of the highly publicized feud between Hip Hop superstars Ja Rule and 50 Cent, filmmaker Peter Spirer released a highly anticipated and vivid documentary detailing some of Hip Hop's most memorable fueds titled Beef. As a big Hip Hop head I definitely wanted to see this documentary because so many artist who I have been a big fan of my whole life were on it. Before I watched beef I just thought it was going to be a very interesting yet detailed look at some of Hip Hop's biggest rivalries, but what I didn't realize was that this documentary was going to also convey a conscious message about how beef needs to end because of how much damage it is inflicting on Hip Hop culture. This message could not be more when you look at the state of where Hip Hop is today.

At the end of the Beef documentary, Hussein Fatal, a Hip Hop artist and close friend of Tupac Shakur made a claim that people in Hip Hop are getting killed faster than people on the streets taking part in illicit activities. Maybe one could have argued that this claim was a little melodramatic at the time, but if you fast forward nearly 20 years later, Hussein fatal's comments are a pretty fair assessment. It is not at all a stretch to say that every other week when I get on social media I'm hearing a new story about a rapper being murdered. Though people die everyday there seems to be a pattern to these murders and the pattern is too many people are bringing the negative element of the streets that Hip Hop is supposed to be an escape from in the music industry and it has become a full on plague.

Many artist come from the streets and that's understandable, but if you lived a troubled life of crime and illegal activity on the streets you have to leave it there because if you bring it with you to the world of Hip Hop it always leads to trouble. You can always look to both the past and the present for examples of how this plays out. Many times have music artist and moguls tried to live both the legit life of a successful music career and participate in illegal activities of what they've done on the streets like narcotics conspiracy and it has either landed them in prison or dead. Looking back at Tupac and Biggie's historical feud and its infamous end you would think many artist would look back with reflective thought and say "maybe that type of animosity is not the way to go" but it seems like people are actually pushing that envelope even more.

In the aftermath of the East Coast-West Coast Hip Hop rivalry and the deaths of Tupac and Biggie many leaders of the Black community and the Hip Hop community as whole had a big summit to resolve all conflicts within the world of Hip Hop and bring about peace. This was very effective at not only resolving the then current conflicts, but also resolving future conflicts between other rappers like Nas, Jay-Z, Ja Rule and 50 Cent. With the death rate in Hop Hop growing larger than ever, it looks like we are going to have to have another one of these summits as soon as possible if we are going to save the future of Hip Hop.

Hi I'm Joe Patterson. I am a writer at heart who is a big geek for film, music, and literature, which have all inspired me to be a writer. I rap, write stories both short and long, and I'm also aspiring to be an author and a filmmaker.

More stories from Joe Patterson and writers in Beat and other communities.