by Ariana GonBon 13 days ago in alternative 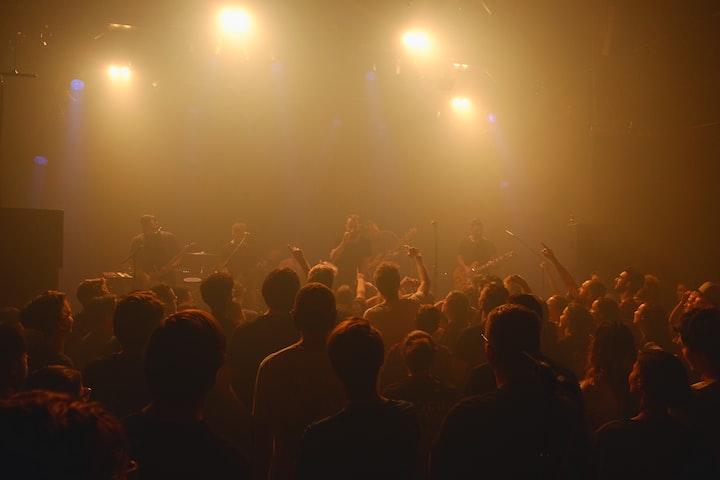 Photo by Quaid Lagan on Unsplash

As one does in their formative years, I stole vintage things from my parents, since the styles from three decades ago were coming back, much like the ‘90s now (I know, I freaked out too). In my case, I stole ‘70s rock music from my dad, in that I was the one who exclusively used his iPod (throwback to the 5th generation). My teenage rebel soul, housed in a small body that’s been 5-foot-even since 8th grade, fell in love with the guitar riffs and headbanging of many bands like AC/DC, Led Zeppelin, The Clash, and Cream. ‘70s rock is now Classic Rock, but it was a gateway to my love of alternative rock. The guitar riffs, the yelling, the highway to hell for our misdeeds, wraps me in nostalgia, angst, and the kind of cool that I want to exude. The kind where men are afraid to approach my 5 foot self while I walk alone.

However, I found that this kind of cool also helps me concentrate, especially when it comes to dealing with The Peter™, sometimes spat out as f*ckin Peter.

I grew up mostly in Arizona, with multiple trips during the year to see my cousins in California, which was at least a six hour drive. One year, we did a straight shot from Chandler, AZ, to Sacramento, CA with just one stop the whole 12-hour drive. I could read books like no other and sleep in any position in the backseat. That is, until college, when I encountered The Peter™.

My alma mater is in a suburb of Boston, and there’s a bus that takes students to the city everyday. When I was there, it was the Peter Pan Bus company that was contracted to take us downtown. I am grateful to those drivers, especially when they put up with a busload of mostly-underage drunk college students at 3am on a Saturday night. However, a combination of Boston cowpaths-turned-streets, Massachusetts driving, and whip-tailing bus drivers found me at 18-years-old, dealing with my first bouts of car sickness. The Peter™ found my deep, deep-seated car sickness, and brought it up as vomit. I had to distract myself with what I had at my disposal for those 45 to 120 minutes - music and games on my phone.

I started building this Alt Rock playlist during my sophomore year of college to help me concentrate against bus sickness. Hard and alternative rock takes me out of car-sickness-induced headaches, especially when blasting through large headphones. When I listen to rock, my body wants to vibrate with the bass and headbang its way out of a headache. The steady beat helps me regulate my breathing, and focus on tapping my foot like I was a drummer in a past life. It brings the cool I want to exude to soothe the heat of my head. The playlist is now almost 3 hours long, so I will be highlighting the ones that bring me the most zen.

Best for meditating on your place in the world

When they come for me

I’ll be sitting at my desk

with a gun in my hand

and a bulletproof vest

saying my my my how the time flies by

when you know you’re gonna die by the end of the night.

It’s me against the world, and my world is currently encapsulated in a throbbing headache. Keasbey Nights encourages me to stand my ground as I try to overtake this brain splitter before it takes over me.

Somebody Told Me - The Killers

Heaven ain’t close when Peter is around, and The Killers aren't soldiers, but there are here to defend my soul (see more below).

Best Bridge to get carry you over to the other side

I’ve got soul but I’m not a soldier

I’ve got soul but I’m not a soldier

All These Things That I’ve Done - The Killers

Whether that be to the other side of Boston, esophagus, or line between life and death, I think The Killers are an appropriate force to carry me over.

This song removes me from this world and places me in a music video that is made of bubbles of color instead. The actual music video is more grunge and has a vaguely Middle Earth aesthetic, but anywhere is more preferable than the rocking of nausea on this godforsaken bus.

I see the bad moon a-rising

I see trouble on the way

I see earthquakes and lightnin'

For me, deep voices are comforting. Ironically, these vocals and bass help keep trouble away.

Best to picture the trees rushing past

You know the one thing you're fighting to hold

Will be the one thing you've got to let go

And when you feel the war cannot be won

You're going to die to try what can't be done

Go on and say, say it out that you don't care

Now is there nothing like that inside of you anywhere?

Spotlight became a hit because of Twilight (2008), where there is an emphasis on trees rushing past as a clumsy high school girl is called a spidermonkey by a should-no-longer-be-in-high-school vampire. The influences converge here for me, as I try to look out the window and imagine that the bus ride will be over sooner than I think because of the trees rushing past. I’m fighting to hold on my dignity here, and hopefully it can hold out until we get back to campus.

Double Zen, Amen: Best to connect to a high power

Shouting in the street, gonna take on the world someday

You got blood on your face, you big disgrace

Waving your banner all over the place

We Will Rock You - Queen

So put another dime in the jukebox, baby

So come and take your time and dance with me

I Love Rock 'N Roll - Joan Jett and the Blackhearts

Meditation, contemplation, and reflecting are all ways to help connect to a high power. In this case, The Royalty of Rock are my conduit to the Goddess as I pray for Her to deliver me from my sin of hubris for the first 18 non-car-sick years of my life.

Best to reflect on your passing youth

Nobody likes you when you’re 23

As mentioned previously, I mourn for my years of innocence before I knew the state of holding myself together through sheer force of will, especially on the hairpin turn before campus.

Best for last 15 minutes of the bus ride

I say don't you know

You say you don't know

Take Me Out - Franz Ferdinand

Please. Take me out of my misery.

Best to celebrate either your death or the headache’s

Another one bites the dust

Hey I'm gonna get you too

Another one bites the dust

Another One Bites The Dust - Queen

Preferably, I will be the death of this headache.

Best for preparing your dazed strut while getting off the bus

I want to take you home, yeah

You've got to be all mine, all mine

This song is ideal for your walk down the aisle of the bus to re-enter the world from a liminal space, as you also exit the limbo between sanity and nausea.

gotta gotta beat down because I want it all

it was only a kiss

it was only a kiss

This one can be most fully appreciated once I have survived the bus ride and the headache is gone, the sky is blue, and the high on life is back.

Thank you for reading! Like if you’re also a fan of alt rock, tip to prevent future headaches.