by Alex B 3 years ago in pop culture / song reviews

The Belize heat ignites another day in the town of San Pedro. A man steps out of his wooden stilt home and heads towards the main street on a grocery mission. Any reason to get him out of the house is good enough, as he is exhausted from the usual bickering with his wife of twenty-five years, even if that means walking across town with plastic bags full of food under the tropical sun.

The sun slows his walking pace. La siesta could not come soon enough. He arrives at the market out of breath. Everybody seems to be doing their groceries today. He gets everything: the flour tortillas for breakfasts, the masa corn starch with beans and rice, but almost forgets the recado spices.

He laughs with the clerk about his spouse's backlash had he forgotten any of the ingredients.

Guests were coming over for dinner which stressed the old lady.

The streets of San Pedro are busy today. Cuban drums echo for afar and steer the Belizean with his handful of groceries away from his typical way home for the first time in thirty years. Trillions of butterflies in full flight inside lock him in a trance. He follows the music and walks into a dance party in the middle of the street.

Musicians playing their instruments, children spinning around, love in the air and smiles everywhere. Does he keep walking? He needs to head home fast, but a warm, almost alien passion inside urges him to stay.

The rhythm takes over and releases his omnipresent inhibitions.

Maracas and harmonicas, time stops for a moment; all his cares sweat out of his pores. He syncs to an ancient force beating through his muscles and bones. The melody carries his hips left and right as a Spanish guitar hums a glimpse of nature's voice.

The instant elates him; he does not care what others think of him for once.

A sad, pale looking woman stares out the window, crucifix in hand, ignoring the invitations of the men outside.

Out comes the free spirit lady in a devil red dress. Her beauty and raw sexual aura stun grocery guy and everyone else around, yet he cannot stop dancing.

She dances towards him, gives him a quick look, he smiles at her as she heads for the guitarist.

He continues to dance unphased by the blood red angel as the music's outro foreshadows the impending the return of his mundane routine, or maybe the start of a new life.

Grocery man is a character in the MTV record-breaking video for Madonna's La Isla Bonita. The singer and Patrick Leonard wrote the lyrics for the instrumental originally intended for Micheal Jackson with the help of composer Bruce Gretsch.

The pop single topped the charts in six different countries and made top five in several others including the United States.

Mary Lambert directed the music video which features the grocery person mentioned earlier. Madonna plays two characters, a religious praying woman that spends her day lighting candles, watching the dance party from her window as she attends her Lord. The second is the free wild spirit dancing in her red dress; a dichotomy between the passion of Latin American culture with the restraints of Catholicism.

The culturally transgressive move was a success for the singer who reached out to a wider, diverse audience according to critics. The provocative singer's voice over a Spanish lullaby will carry you to a remote island when you find yourself in the cold, and entice you to travel to these tropical paradises to experience the culture. 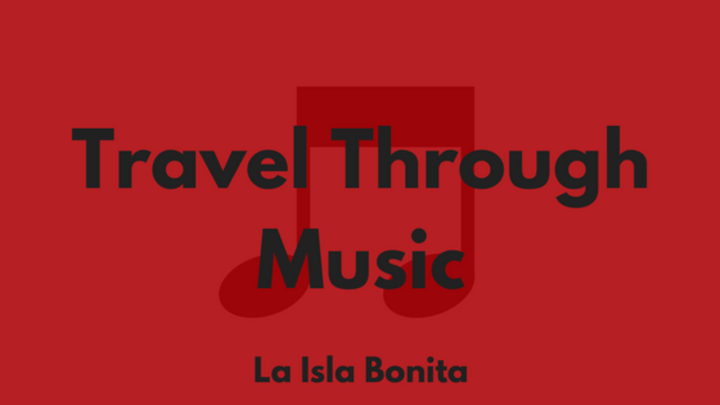 pop culturesong reviews
Alex B
Read next: Jay Z: From Worst to Best
Alex B

Pieces of myself through facts and fiction - A fallible human of the digital era. I bought the ticket, missed the ride, then tripped down the rabbit hole and woke up stranded with you in this strange matrix.

See all posts by Alex B →