Finding Peace and Tranquility With An Ambient Masterpiece

by Jupiter Grant 10 months ago in history 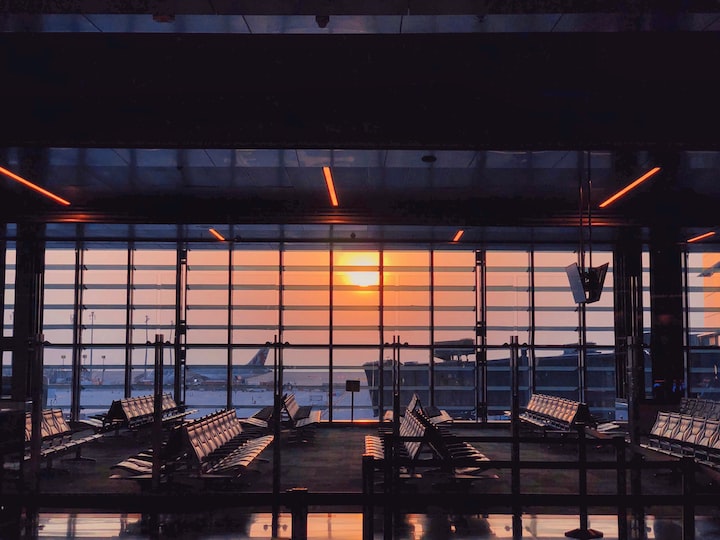 Photo by Safwan Mahmud on Unsplash

Sound and music can have a profound effect on our brains and our bodies.

Physiologically, sound can be used to evoke feelings of nausea, headaches and dizziness, as is the case with low-frequency sound below 20Hz, known as infrasonic sound. An estimated 1 out of 50,000 people suffer from a condition known as hyperacusis, whereby a heightened sensitivity to even normal environmental sounds can cause pain and anxiety.

Both physiologically and psychologically, sound can be used to create fear and confuse the mind, such as in the “sound disorientation techniques” used by the CIA in the torturing of detainees.

In her 1986 track Experiment IV, Kate Bush sang about a plan by a secret military agency to create “a sound that could kill someone from a distance” to be used in warfare. Even back in 1986, the possibility that these kinds of experiments were actually taking place was not such a stretch of the imagination.

The music video for “Experiment IV” from Kate Bush’s Greatest Hits album “The Whole Story” (1986: EMI). The video was banned from Top of the Pops due to horror and violence. The video features a number of famous faces, including Hugh Laurie, Dawn French, and Richard Vernon (above).

The more positive flip-side of sound’s power is its ability to instill feelings of calm and happiness, raise positive energy, and create a feeling of wellness. The practice of sound therapy uses sound and vibration to bring “balance and restoration (through) emotional release of all kinds, such as crying, euphoria, laughter, and even anger”. Binaural beats (video and audio of which can be found all over YouTube) are claimed by some to aid sleep and treat insomnia, increase concentration and focus, improve confidence, ease anxiety and reduce stress, and even create feelings of intimacy and induce orgasm, all using the five categories of frequency pattern:

Though the results of a 2017 study negated claims that binaural beats can affect brain activity or emotional stimulation in all of the ways it purports to, there is little doubt that sound and, in particular, music can have a powerful effect on our emotions, mental states, and sense of wellbeing.

In their list of the 50 Best Ambient Albums of All Time, Pitchfork named Brian Eno’s Ambient 1: Music for Airports the best ambient album of all time, declaring, “For the listener curious about ambient music who has no idea where to begin, there really is no better introduction than this.”

Indeed, whenever there is a discussion of ambient music and atmospheric soundscapes, you can guarantee that Ambient 1 will at least rate a mention, if not claim the top spot (see, for example, BBC Radio 6’s “6 ambient master works”, Factmag.com’s The 20 Greatest Ambient Albums Ever Made”, Jon Dale’s insightful and informative introduction to ambient music for London’s Barbican Centre, and John T. Lysaker’s detailed study of the album at Oxford Scholarship Online).

Having left glam-rock pioneers Roxy Music in 1973, Brian Eno embarked upon a solo career that saw him release three “art pop” albums in quick succession: Here Come the Warm Jets (1973), Taking Tiger Mountain (By Strategy) (1974), and Another Green World (1975). It was in 1975 that he first “discovered” ambient music when, while recuperating from having been hit by a taxi, a girlfriend brought him an album of harp music. Having put the record on, Eno then lay down and got comfortable, only to realize that the amplifier was set to a very low volume and one channel of the stereo wasn’t working. Being too exhausted to get up and correct the issues, he simply lay there and listened. He would later say of the experience,

This presented what was for me a new way of hearing music — as part of the ambience of the environment just as the colour of the light and sound of the rain were parts of the ambience.

He released his first ambient album, the sublime Discreet Music, that same year. It was then followed by the Ambient series of which Music For Airports was the first intriguing chapter (the others being Ambient 2: The Plateaux of Mirror (1980), Ambient 3: Day of Radiance (1980), and 1982's Ambient 4: On Land ).

Eno conceived of Music for Airports as an antidote to the tense atmosphere and “canned music” (or “Muzak”) often found in airport terminals. It was designed to be unobtrusive and, according to the album’s liner notes, to “accommodate many levels of listening attention without enforcing one in particular; it must be as ignorable as it is interesting.”

The album is composed of three extended pieces. In the first, 1/1, Eno looped

a very short section of tape where two pianos, unbeknownst to each other, played melodic lines that interlocked in an interesting way. To make a piece of music out of it, I cut that part out, made a stereo loop on the 24-track, then I discovered I liked it best at half speed, so the instruments sounded very soft, and the whole movement was very slow.

1/2 is composed of vocal notes sung by four different voices and looped at different speeds, with the result that they “all repeat in cycles that are called incommensurable — they are not likely to come back into sync again”, while 2/2 is played on an ARP 2600 synthesizer that has been slowed down and had three different echo effects added to it.

The overall effect of the album is one of serene calm and, as Sal Cinquemani writes in Slant Magazine, “sheer weightlessness”. John T. Lysaker has even argued that “the LP offers music for reverie that is capable of initiating processes of potential self-transformation.”

“Ambient 1” as Panacea: The Mood-Improving Effect on my Generalized Anxiety Disorder

As a sufferer of Generalized Anxiety Disorder (GAD) and someone with a history of depression and panic attacks, I often find myself wound as tight as a coiled spring. Sometimes I know the trigger that has caused my anxiety to flare, and other times it remains a mystery to me. I have worked through many sessions of Cognitive Behavioral Therapy (CBT), group therapy workshops, and private counseling over the years, and I have built my own “mental health toolbox” over time.

My mental health toolkit contains things like meditation and mindfulness, reciting mantras, crochet and knitting, eating some chocolate (I find it staves off panic attacks), and listening to music. And the piece of music I most often turn to in order to relax and regain a sense of calm is Ambient 1: Music for Airports.

Having first discovered it in my late teens (thanks to my Dad’s vinyl copy, which I immediately pinched from him and kept in my bedroom for many years), the album saw me through the depression that arose during my undergraduate years, the stress and anxiety of my postgraduate study and, more recently, a severe mental health crisis that saw me engaging in harmful behaviors.

Though it may not be the total cure-all for my anxiety and depression, and I would not wish to imply that the album is some miraculous remedy for mental health problems, Brian Eno’s Ambient 1: Music for Airports has been and still remains, my go-to album for whenever I find myself needing calm, relaxation, serenity, and a sense of emotional stability.

Enjoyed this article? Please send me a tip below so I can keep writing.

More stories from Jupiter Grant and writers in Beat and other communities.