Evolution of a musical instrument.

by Giovanni Profeta 2 months ago in instruments
Report Story 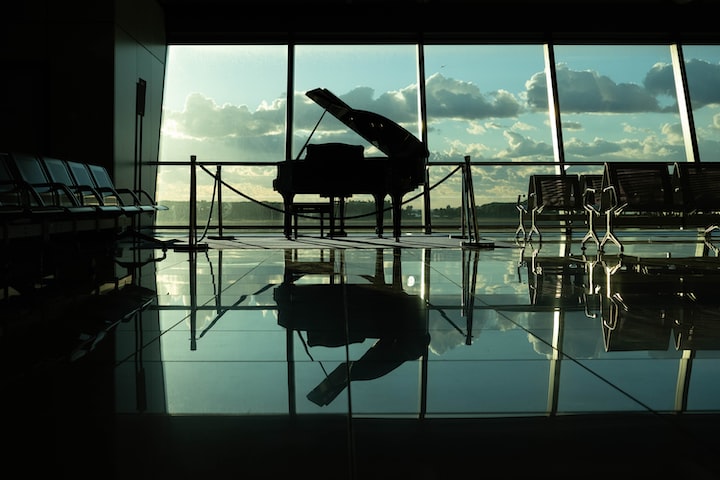 Photo by Catalin Sandru on Unsplash

“Love is like playing the piano. First, you must learn how to play by the rules. Then you must forget the rules and play from your heart.” I found this interesting quote about Pianos while looking for information last night, I don’t remember who wrote it but the quote was so in tune with what I was thinking at that time that this morning I wrote it down not to forget it. As a token of appreciation for this wonderful instrument and the joy it brings to days, why don’t we dive deeper into the history of this one of a kind musical instrument.

It has been documented that around 1689, a mid-aged Harpsichord maker named Bartolomeo Cristofori was the creator of this instrument. When he was 33, he caught the attention of Prince Ferdinando de Medici, who happens to be the son of the grand Duke of Tuscany. The Prince offered him the job of being the caretaker of his collection of more than 40 harpsichords. But with this task, came also another assignment, to create a brand new instrument for the world to see.

Between 1709 and 1726, he had built around twenty harpsichords. Even though Prince Ferdinando died in 1713, Bartolomeo remained curator of the Prince’s successor, Cosimo III. In 1716 Cosimo III named Bartolomeo curator of all musical instruments in the entire Royal collection. In the meantime, he still continued to improve the instrument he created while Prince Ferdinando was still alive.

The exact date is not very clear. But the first Piano as we know it was created by Bartolomeo Cristofori between the 1700 and 1720. It was first called the Piano-forte. The main difference between the harpsichord and a piano is the fact that no matter how soft you can hit a note on a harpsichord, the sound stays the same.

The new instrument gave the performer a vast array of room to add modulation to his playing. When it was shown to the Florentine elite, a well- known poet and journalist named Scipione Maffei eagerly described the piano as a “gravicembalo col piano, e forte.” It means, a harpsichord with loud and soft.”

The history of string instruments goes all the way back to Prehistoric times. In the ancient world, strings were attached to bows and boxes to amplify its sound. They were plucked, bowed or even hammered to make them vibrate and create sound.

During the 14th century, the Dulcimer was created. A box-shaped instrument with stretched wired strucked by hammers. The Dulcimer was the precursor of the Clavichord, Following the same chain of thought, the Clavecin, gravicembalo and harpsichord came as the evolution of the first.

Even though the harpsichords could not be varied by the performer. It became the link to the piano as we know it. Performers became frustrated by the fact that other musical instruments could reach higher level of musical expression. The search for a more controlled volume was the seed planted on the fertile mind of Bartolomeo Cristofori.

Impressive is the fact that after all those years, Cristofori’s instruments were so ahead of its time that modern pianos still looked like the musical marvels he created more than 300 years ago. Little did they know about the popularity of such instrument. By the 19th century, piano maker began to create larger/louder instrument ready to tackle the everlasting evolution of music.

There’s an interesting fact about the piano. Do you know that back in the 18th century, the ability to plat piano made women “Marriage material”? Women who were able to play the piano by a young age, continued to play when they grew older. Making they household musical, and by default bringing joy to their family. By that time, it was impossible for a lady to become a professional pianist, they were not allowed to have a career as a concert musician.

Without any doubt we live in a privileged era for playing an instrument. If by any chance you decide to play piano. There’s a vast array of options, you can go for the expensive/ never out of fashion acoustic piano version. If you choose the Digital piano route, the options are almost endless. Technology now is capable to bring the sound of the concert hall of your liking in the comfort of your living room chair. Software is capable to replicate sounds and ambience with utter detail. Let’s embrace technology at its finest and play an instrument just for the joy of playing music.

Swimming through life one stroke at a time.

More stories from Giovanni Profeta and writers in Beat and other communities.