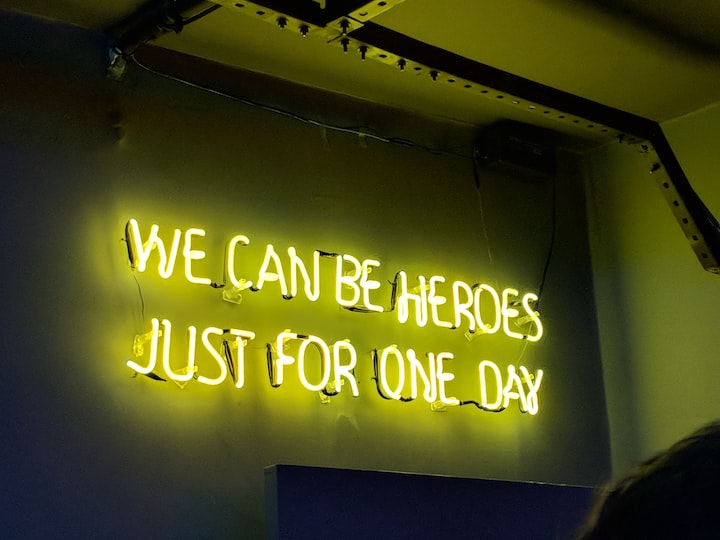 Photo by Gabriel Bassino on Unsplash

Note: this is a reprint of an article I wrote for a now closed web page in 2007. I thought that it would be interesting to post it here and get some feedback from the world of Vocal.

David Bowie, recovering from the pressures of fame, an addiction to drugs and the '70s pop world in general, retreated to Berlin and entered one of the most fruitful periods of his career. He had already surprised his most devoted fans with the soul-boy pose of Young Americans and the exuberance of Station To Station. 1977 would be the year when he took it further with two albums that created a deep rift between any fans interested in heading back to the glitter and glam of Ziggy Stardust and the ones who tagged onto the Thin White Duke.

Bowie released "Heroes" and Low in a period of intense creativity. Maybe living with Iggy Pop helped. The original torso of rock was also going through a rough period and had to find a new way to work within the confines of the public's perception and his reputation. That made him a perfect partner for Mr. Bowie and it is no surprise to learn that their friendship developed when both men began to attain a level of fame and notoriety that they needed to escape. Pop would create Lust For Life, a pounding, energetic album that still rewards the inquisitive listener (check out the soundtrack to Trainspotting); he would then follow it up with The Idiot, a much darker and electronically-driven record that would showcase more of modernist touches that Bowie used in his recordings. It is not a bad album. It simply isn't as good as anything Bowie produced, especially on the best album he made in that year: Low.

Listening to Low today, it is clear that Bowie was trying to leak something out of the music, meaning that he was getting exhausted with the newly-acquired soul and disco sounds that he had been using over the 1975-76 period. Brian Eno was in the studio during this recording and his fingerprints are all over the recording sound and process. Do not forget that Eno created ambient music - inspired by listening to a muted radio while recovering from an accident - and that both he and Bowie were fans of Philip Glass and Steve Reich. The compositions Warszawa, Art Decade, and Weeping Wall are impossible to imagine without the composition techniques of these American composers.

But this is a half-and-half album. Bowie bookends the modern classical sound with some of the best soul and pop he ever wrote. Included with the second half's instrumental wanderings, the first half speaks of the loss of freedom that comes with fame (the classic Always Crashing In The Same Car), the urge to connect and be in love (What In The World and Be My Wife - the latter cannot be any plainer in its intent) and the search for inspiration (another classic - Sound And Vision). Not every song listed here is a masterpiece, but there is enough talent to suggest that Bowie had not run out of ideas and that he was in the middle of a creative period to rival the best years of The Beatles, The Rolling Stones and The Kinks.

It may be a cliché, but this is one of those albums that an artist has to make for their own sense of well-being. Bowie proved that he could make an album that was warm and modern; mature and challenging. Low would prepare the way for the post punk sound to come and force a generation of kids raised on his music to either follow his example or get out of the way. 1977 was his year of true genius.

More stories from Kendall Defoe and writers in Beat and other communities.