Big Bang for the 80s

by Isabel Valencia Zuñiga 2 months ago in 80s music 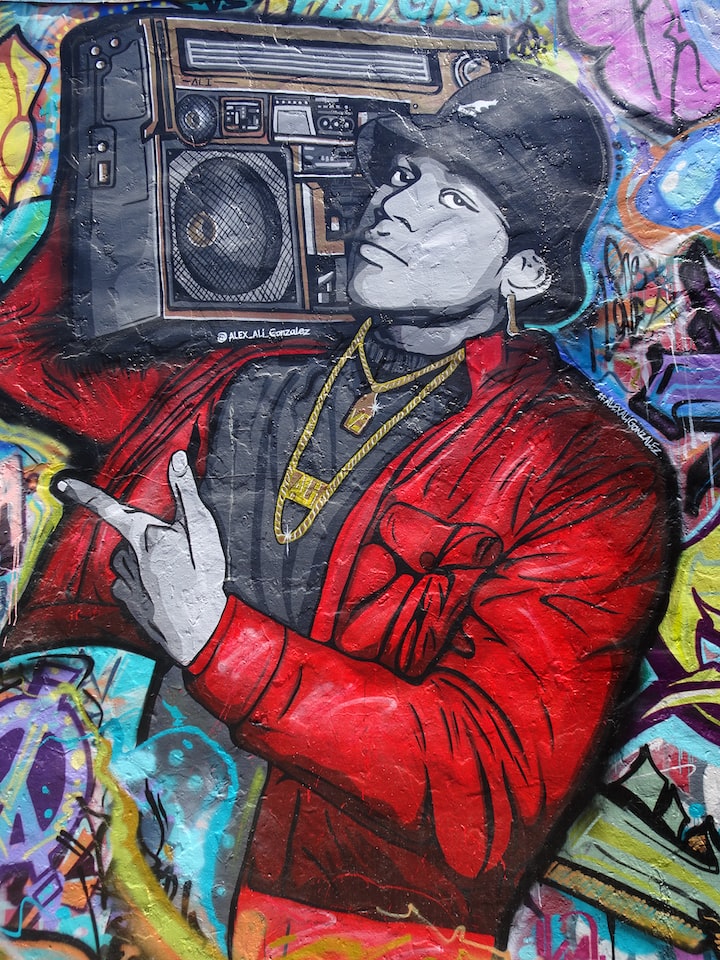 Photo by BP Miller on Unsplash

To the hip, hip hop you don't stop

Rock it to the bang bang boogie

Say up jump the boogie to the rhythm of the boogie, the beat

Now, what you hear is not a test I'm rappin' to the beat,

And me, the groove, and my friends are gonna try to move your feet

That there is the beginning of the famous song “Rapper’s Delight” by The Sugarhill Gang. This song represents culture, beats, rhythm, personality, color, diversity—this song bridges the underground hip-hop/rap to mainstream radio. The 80s was a statement decade, music was at its prime featuring Madonna, Michael Jackson, Queen, Bon Jovi, A-ha, Blondie, Pink Floyd, and all music artists who we still worship to this day. Artists from this era redefined image, gender, social structure and found no limits to their self-expression.

My parents were baby boomers, so I grew up listening to music from the 80s, 70s and some from the 60s. Music in my family is essential. No party is complete without the right playlist, for the given mood, the precise crowd and time of day. My personal taste drifted toward Billy Joel, Queen, Michael Jackson, and David Bowie. I didn’t stumble upon other genres until I left my house and started meeting the world.

I noticed in my early years of college that hip-hop and rap were popular amongst a variety of personalities. Not only was this music emerging in mostly black communities, but my European friends also knew of the best MC’s, the style, the rappers, and the overall appreciation of this music. I vividly remember being in the streets of Portugal, at night everyone was just outside of the bars pumping hip-hop music from their cars, street style attire mandatory and all these Portuguese people who barely spoke English singing along to American Rappers. In France, they already adopted, interpreted and produced their own French version of the 80s rap/hip-hop style. I had no more room for watching, I had to know, learn and interpret this not so new style of music for myself.

This was when I realized that my music knowledge still had room for another dimension, a fun, funky, powerful genre that moved everyone in the world. This new music culture altered fashion, communication, style and rhythm. The early 80s not only changed the image of pop music, but it made room for disruptive, now popular, art.

Hip-hop and Rap created a branch of music where poets, musicians and artists came together and shared their truth. American black communities in the 80s had a lot of problems, a lot of violence and a lot of abandonment from the country. This strongly marks the community. These neighborhoods were so deep in a drug-violence heavy environment that their truth had to come out somehow. Rhythm and Poetry. Their new sound quickly made its way to the ears of the whole community, and on the next ones who identifies with this underground truth. A lifestyle so ambiguous to everyone on the outside.

The rhythm that bounced and made people move their feet to the beat, with a sprinkle of funk derived from the 70s and an MC spitting fire, a fire shedding light on real issues, real challenges and real dreams for a generation of mostly African Americans who lived in the shadows of White America. The greatest contrast of the 80s. The most meaningful art, found in the streets. American history of told by the minorities.

So where does rap/hip-hop come from?

I’m not a music historian, but from what I’ve gathered and interpreted is that this genre was a product of blues, jazz and disco? Somewhere along the way, music began to shape people’s mood, society’s vibe, the blissful moment, escapism, and ecstasy. Music helped us escape from a certain situation and connect with an outer rhythm, and outer energy. We let music translate what we feel. So when an MC is rapping about the streets of the Bronx, a neighborhood most middle-class Americans are foreign to, what is the backlash? It’s fear. At first, mainstream people felt threatened, maybe because for the first time music didn’t reflect their own situation, instead it showed a side of America that society tried to hide away in the outskirts of main cities.

When rap and hip-hop made it to mainstream radio, it gave people hope and pride. Hope that no matter where you come from, your story should be heard and you can turn your life around. Pride, in coming from somewhere, from having a history and showing others your fight. The 80s screamed loud and clear; all the social inequalities, racism, police brutality, and ambition out in the open chanted by the masses. It had personality, it reshaped a community that came from nothing and fought all its life to stay afloat.

Rap is the story the world needs to hear, it’s not lyrics about feeling and dreams. It’s real stories, sometimes a song will emphasize the end or middle or beginning of the story. The song is art, the music is significant, the rhythm and the beat work with each other to color the words poetically structured to say something that will make a difference.

However, rappers couldn’t just start telling the world about their reality without a translator. In this case it was the rhythm. This is how it began—hip-hop was a dancing genre, a style of music which was friendly enough for all classes and all races to dance to. It was a collage of funk, jazz, disco, and pop. The music was there and it was fun, the lyrics were easy yet strong and the beat was comfortable enough to bounce around for a few hours. Many layers and many underlaying purposes.

The 80s hip-hop/rap era was the product of many years of underground music with a similar soul derived from jazz and blues, yet the beat was funky and universal. I could be stuck in limbo listening to a broken record from Public Enemy or Schoolly D and feel whole. This era combines all realities during the 80s social structure, and boundary breaking, image disrupting generation. This era raised the bar for an army of artists who had kept their work hidden, or secluded, or just within their communities. Their art today is everywhere, the standards are high and loud!

This era in music covers all genres and all kinds of feelings and emotions. The 80s is not only Michael Jackson, Dina Ross, Madonna, and Queen. The 80s gave birth to Rap and Hip-hop as it’s known today, it normalized chaos through honesty. The freedom to share stories through poetry while your listeners are dancing carelessly—that's art. Escapism in all aspects of the word.

It took me some time to catch up to this music, learn its roots and understand the fight to the top. I grew up somewhat white-washed, and I do still love the music from Billy Joel and A-ha. Yet, Hip-hop just hits a certain way. It’s like the first time I listened to “Rapper’s Delight” my whole skeleton was dancing, was feeling and was shaking for more. Meanwhile I listen to the the lyrics and I’m hungry for more! What they’re saying, how they say it and that simple, funky, fun beat is just everything. These are our modern time poets, the romantics emerging from the least expected places, places who have no time for talk unless it has meaning.

The 80s rap/hip-hop made way for the music we listen to today, it expanded the horizon for the artists at the time and gave room for experimentation. This era combines all corners of American culture, music and overall living experience and brought it to the ears of the whole nation.

“My life is violent but violent is life

Peace is a dream, reality is a knife

With my colors upon me one soldier stands tall

Last night in cold blood a young brother got shot

My home got jacked, my mother's on crack

My sister can't work 'cause her arms show tracks

Then some punk claimin' they're understandin' me

Give me a break, what world do you live in

Death is my sect, guess my religion