by Emily Marie Concannon 7 months ago in feature
Report Story

The Scottish Ballad that Became the New Year Theme Song 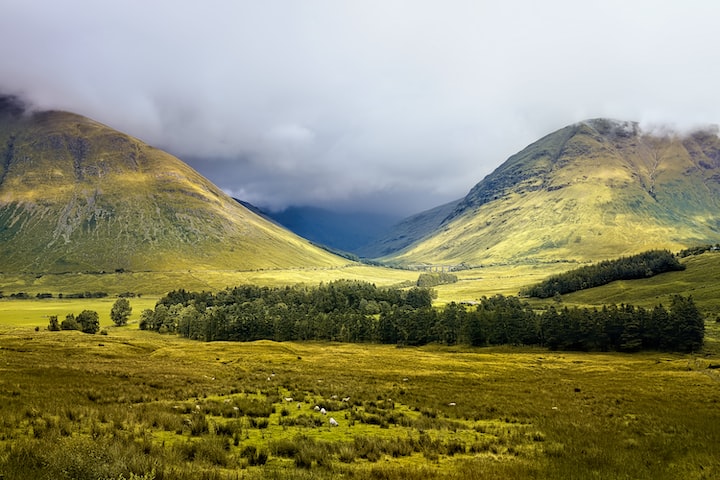 Photo by Niklas Weiss on Unsplash

Perhaps the first time you heard this song was in “It’s a Wonderful Life.” This was my first time, at least. I remember thinking the song was both gorgeous and also definitely not in English.

Auld Lang Syne is a classic Scottish folk song. At least, that is the short and sweet answer to “what is it?”

The words to the song seem cryptic and mysterious to the modern listener. It flows beautifully and yet, does not seem comprehensible.

That is because it is written in a Scottish dialect. Technically it is English. But it is their English.

Scott’s language is not the same as Scottish Gaelic (closely related to Irish Gaelic). It is not English, per se, either. Scotts dialect is a distinct subgroup of the English language.

On the Scottish heritage website, they cite Scotts as the language of the southern Scottish people. Here are a few examples of the Scottish language differing from traditional English:

As you might be able to tell, these words are rather distinct from English. It is a Scottish dialect that actually varies significantly between regions in southern Scotland. But, the facts remain that this dialect is popular for the Scottish heritage and is maintained by the people.

In the song, Auld Lang Syne, the Scottish dialect is beautifully displayed.

Who Wrote the Song?

Robert Burns was the first author to put the words into writing. Back then, he claimed that he first heard it from a local elderly man. He did not give the name of the man who first shared it with him. But, most historians trust his story as accurate.

Robert Burns claims it was the first time this song was ever written down. And, that it came from one of the oldest known Scottish ballads. However, there were some earlier versions which seem to contest this claim.

One is a verse written by a man named Robert Ayton in the late 1500’s. Even though the verse does use the phrase “auld lang Syne" it does not mean it is this particular verse written down by Burns.

The phrase “Auld Lang syne" was not the name of a song. Nor was it the name of a poem. Rather, this was a Scottish phrase. It could be used to mean anything from “for old times sake" to “once upon a time".

Burn’s song does not seem to be a copy of a previously written song. Rather, it seems correct that it is the written record of an orally recorded song.

What Was the Meaning of the Song?

This may come as a surprise to those of us living in the United States. But, the original song had nothing at all to do with New Year’s day or eve.

Instead, the song’s lyrics seem to suggest a harkening back to older days. The lyrics of the song is reminiscent of some old chaps meeting in a bar and speaking of their childhood memories.

The line “an' surely ye’ll be yer pint-stowp! And surely I’ll be mine!” Can be translated as, “And you shall buy your pint cup! And, I shall buy mine!” Later verses state memories of running through meadows while plucking daisies.

Truly a beautiful song that paints memories of days gone by. But, why do we associate it with New Year’s Day?

Only after coming to America did it gain this position. But, we actually have the then famous band known as the “Royal Canadians” to thank!

Back in the year 1929 the Canadian bandleader, Guy Lombardo, performed the New Year’s Eve celebration in New York City. For intermission, they would perform the beautiful Scottish song to keep people amused. American listeners were awestruck by the lovely ballad.

And, ever since that year until he retired in 1976, he performed the song for New Year. After this, it was forever prescribed in the hearts of Americans as the New Year’s Eve theme song!

Douggie MacClean’s version of the song:

More stories from Emily Marie Concannon and writers in Beat and other communities.