by Rui Alves 10 months ago in alternative
Report Story

Atentado was a punk band formed in 1991, but it was a short-lived experience as it disbanded without playing any live shows 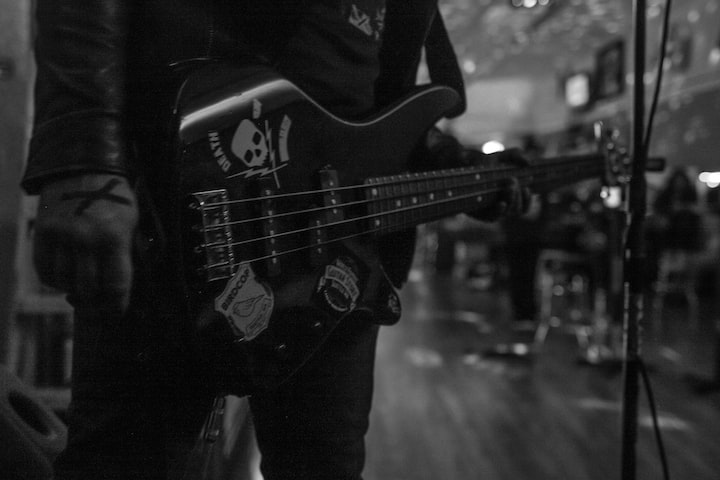 Photo by Nick Bolton on Unsplash

In an era where trends pay allegiance to the paradigm of heightened complexity, we should praise all those who choose the path of raw simplicity, without metaphysical ramblings but rebellious and defiant through the turbulent wakes of the intervention music style.

The band offers a defiant, caustic, raw form of punk/crust style, with a high octane musical performance packed in short-form bursts of songwriting.

Thus, Paradox is a blast from the past type of album due to its visceral punk essence. The band took an astonishing two decades to release Paradox. Unfortunately, Pedro Do Vale, Cenoura, Roberto, and Xico parted ways immediately after founding Atentado, and the band went into a twenty-year hiatus.

Hence, they decided to reactivate the band, mainly because of their musical passion. Paradox is the refurbished version of Atentado’s classic demo tape and includes nine brand-new songs. But, unfortunately, before entering the studio singer, Xico decided to quit the band and was replaced by Rafael Brazuna.

The long incubation period stands in obvious contrast to the pace of the songs. Starting with the opening track, “Towers of Disgust,” we are confronted with bursts of crust punk delivered with the fury of lightning.

Heavy guitars, distortion, and schizophrenic percussion irrupt in a matter of seconds. Then we take off for “Dust” and those distorted, acidic, savage vocals that add brutality to the infectious rhythms.

“Victimized” closes the initial triptych in just sixty-one devastating seconds. “Sea of Confusion” opens with doom contours, but soon the sonic devastation dominates and subdues the ethereal sonorities of the keyboards under tons of decibels.

“Iatrogenocide” emphasizes excellent percussion work, hammering our eardrums while the guitars deliver harsh and brutal riffs. Finally, “Corrosive” is, as its title implies, an acidic and insane barrage that clouds the senses with its explosive crispness.

“Downfall” begins with a slower tone, but after an illusory slowdown, the drumsticks set the tone for the guitars to redouble their tearing action. “No Glory” is an exasperated cry of revolt.

“Tragic Kingdom” opens with guitars digressing into waves of distortion with the volume increasing exponentially and the drums giving the proper vibration and metallic shock. This being a more breathy track, there is also room for more experimentation and the introduction of rhythmic and melodic shifts, particularly at the level of the ethereal keyboards used in the final moments.

“Minus One” follows the caustic path, reverberating slogans with sadistic insistence. On the other hand, “Dogma Destroyer” emphasizes the band’s eccentric character well in the most assertive and socially committed crust punk style.

“Burn Hollywood Burn” is a manifesto that combines melody with distortion, oscillating between raw riffs and harmonious rhythm lines. Moving towards the end of the album, “The Dark” keeps the amplification at high output, loud, and making room for guitar virtuosity.

The closing track “Paradox” is a nerve-wracking epilogue that exceeds seven minutes of guttural outbreaks that help create an asphyxiating atmosphere.

After such a long gestation, after delivering this opus, the Atentado Fenix returned to the pyre of ashes. On October 12, 2011, the musicians announced their plan to disband. Thus, the journey had come to an end, but their music will linger, and Paradox will remain in our hearts underlining how words and music are forever.