music to rock out to 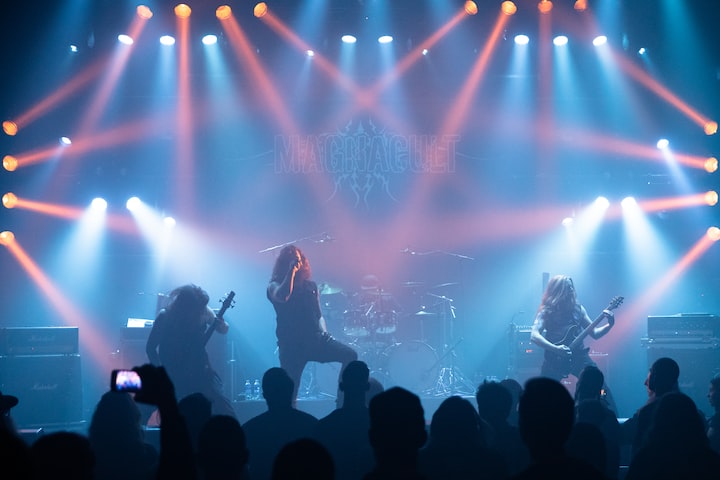 Photo by Antoine Julien on Unsplash

For those about to rock, don't hurt yourselves. Chances are, if you remember when Mick and the Boys really were not much more than boys, you might need a kinder, gentler workout. That's not to say you can't enjoy the hard rocking tunes of your youth. It's not just for the old timers, everyone click on the video above and get started with "Start Me Up," it's bound to get you moving and warmed up. You can just prance around like Mick in your own living room, that's pretty safe.

Next, I'm going to take you to your core. Core work. That's sitting or lying, preferably on a yoga mat, and to the sounds of Iron Butterfly, are you ready? Do you have some of those stretchy things from your last physical therapy appointment? This would be a good time to use them.

You see, I kind of tricked you. That version was seventeen minutes long so if you didn't cheat you got in a pretty good core workout. I doubt that's what Iron Butterfly was aiming for when they made that song, but it's a good side benefit nowdays.

Do these songs have to be the anthems of your youth to still resonate so strongly and cause your heart to trill and your pulse to rise? Don't they do that to everyone? That's why I think they make the perfect music for any age to work out to. I suppose there is even a danger of a mild mannered grandpa working out to the music of his younger days and becoming the man of his heyday again. He could split home and buy a Harley. That's the power these songs have, combine them with movement, and who knows. Here's another one from Deep Purple that has the beat that can get your body moving.

Sorry, I should have told you to remain seated or lying down on your yoga mats. Space Trucking is not a song to freestyle to. It could end up causing a broken hip. Millenials, did you see all the grandmas in the audience? Did you see yours? I feel pretty sure there were some women who were now great grandmas in the audience. They just had the look of responsibility on their faces. Even if they were tweaking on acid, they looked like they had to take care of things.

Like you, now, and your aging body. You are finally deciding to take care of it by working out. Maybe you've sustained some injuries in the past, maybe you were not a paragon of self care in your rocking and rolling years, but don't let that stop you from moving forward now. Crunchy knees may keep you from long walks, and a misaligned back may keep you from lifting, but there are still exercises you can do to maintain optimum health. I just don't know what they are. My doctor told me "weight lifting without weight bearing." That has eluded me so far. I guess it means lift weights without standing up. I wish I'd gotten him to draw me a picture. I am definitely in the injured old rock and roll grandma section.

When I was young, I didn't need music to work out. I constantly exercised. I exercised while I watched T.V., I exercised while I had conversations, (that must have been weird and annoying) I bought every new book with exercises in it and followed the directions. I owned a thighmaster and thought it didn't work because it was too easy. Later I owned a buttmaster, but it was much later, I was afraid to ask the sales clerks if they had buttmasters in stock. I was one of those terrible girls who was thin and went around calling herself fat. I really thought I was.

Now those days are just a memory, and the battle is maintain a modicum of health, and try to build on it. Certain medications I must take make it harder, along with a spinal condition and a knee that for now I maintain with an injection of steroids every three months or so.

I only wonder how Mick Jagger does it. How can he be seventy seven years old and still strut around and sing in front of tens of thousands of people? I know he hasn't been the pillar of self care. Or has he been? Are all the stories of his partying been made up for his image, and really he lives like a monk? It only seems fitting that I now add one last video to work out to, and it be a Rolling Stones video. Beast of Burden.

I hope you have enjoyed the post and the music, and I hope you find a way to work out that meets your physical and emotional needs. Stick to it, you will notice immediately the benefits of working out in terms of better sleep and improved mood, and you will see the long term benefits before much time has passed. And don't forget to rock on.

See all posts by Helen Stuart →