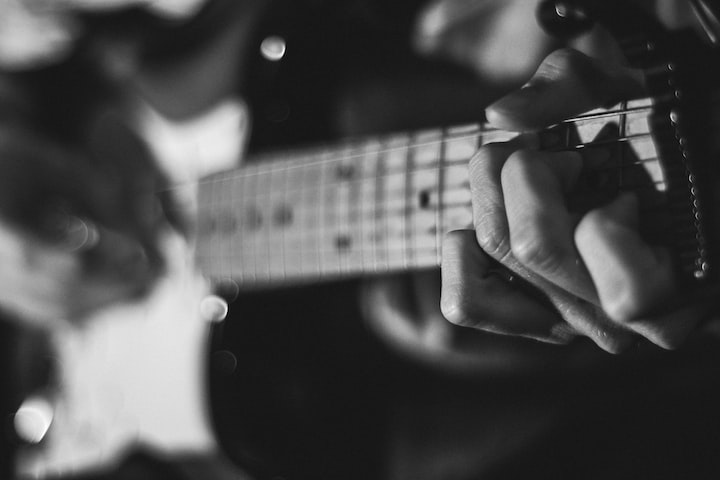 Photo by Austin Prock on Unsplash

We need to talk about 90’s alternative rock music. This is the era of music I grew up in; it’s where and when I refined my musical tastes. I was born in 1984, but I have never seen War Games or purchased a Guns N Roses album so I can’t truly lay claim to being an 80’s kid. I will lay claim to being a 90’s kid, especially when it comes to rock and roll. To be clear, I will not assert it was the best decade of rock.

Especially when we examine how rock music and romance intersect.

The 70’s gave us funk. There’s a certain sensuality to a great bass line and the right drum groove, right?

The 80’s gave us cock-rock and arena ballads. One way or another, you knew these rockers wanted to give it to you.

But the 90’s? Sure we had boy bands and female pop icons, but outside of that alternative rock just gave us unhealthy breakup songs.

When considering what feelings and experiences are antithetical to Valentine’s Day, then 90’s alternative is THE gold mine for an Anti-Valentine’s Day playlist.

- The genre of rock as it evolved into alternative rock.

- Must be a popular radio track. No deep cuts or B-sides, sorry.

- Must demonstrate an anti-lesson in love.

1990 - Look, I’m going to break my own rules right away. This is a weird year to pull from as the charts were still full of Phil Collins, Michael Bolton, Paula Abdul, Janet Jackson, and Sinead O’Connor. We’re still a year away from Metallica’s Black Album, Nirvana’s Nevermind, and Pearl Jam’s Ten and the rest of grunge. So pick a pop singer or song that makes you sad. I’ll make it up to you in 1996, I promise.

1991 - “Black” by Pearl Jam. This ballad comes from the Seattle grunge rockers but it’s a slow, sorrowful look back on the point when a relationship changed. The narrator mourns everything that they had together. Just listen to the outro,

“I know someday you’ll have a beautiful life

I know you’ll be a star

In somebody else’s sky

Why can’t it be

As powerful as this song is, perhaps listeners could learn a lesson in not fixating on the past.

1992 - “Hey Jealousy” by the Gin Blossoms. Use alcohol as an excuse to crash at your place? The narrator constantly regrets his actions years ago and wishes they could be together. Whether he’s jealous of what the other person has now or just jealous of what he had in the past, he’s manipulative.

1993 - “Mr. Jones” by Counting Crows. Here we find the narrator at a bar making friends with another guy while watching girls dance. The song has some great lines about dreaming big but they are problematically tied to ogling beautiful women. Turns out women don’t like to objectified.

1994 - “Let Her Cry” by Hootie & the Blowfish. This song examines what it can feel like when you’re in a relationship with someone who is self-destructive. The woman he apparently loves is drunk, high, and wanders in and out of his life. The narrator would do well to get her in professional care and then move on to another, more stable, relationship.

1995 - “You Oughta Know” by Alanis Morissette. This song slaps and it propelled Morissette to worldwide fame. Many speculate it was directed at Dave Coulier. Scorn is a natural part of the breakup process and the real lesson here is if you dump someone, don’t be an asshole about it. Otherwise, be prepared for the vitriol that is surely coming your way. Maybe those are actually good things even if they make for terrible Valentine’s Day vibes.

1997 - “Losing A Whole Year” by Third Eye Blind. We’re in the heyday of 90’s alternative rock and while Third Eye Blind certainly had bigger, better hits, the opening track to their eponymous debut album is a relationship bummer. The whole song spins out of control like, well, an unhealthy relationship. At first it was good, then everyone’s baggage came out sideways, each person resents the others, and by the end you’ve lost a whole year. Woof.

1998 - “Inside Out” by Eve 6. This song exemplifies the musical shift of late 90’s rock: post-grunge crunchy (but catchy) guitars, quick singing almost-rapped babble lyrics, and a big chorus. Eve 6 has resurfaced on Twitter shit-posting almost every other 90’s band and self-deprecating on the “heart in a blender song”. Is this about love? Who’s to say, really, but it makes you feel strangely hyperactive and leaves you screaming RENDEZVOUS THEN I’M THROUGH, NOW I’M THROUGH WITH YOU.

1999 - “Scar Tissue” by Red Hot Chili Peppers. There’s a reason this song spent 16 weeks on top of the charts: listeners actually get a coherent idea what Anthony Kiedis is singing about. The narrator mourns his loss with the haunting refrain, “With the birds I’ll share this lonely view.” Heartbreak can best be summed up with memories of bathroom stalls, push-up bras, broken jaws, and overstating the lengths one would go to express their love, such as, “I’ll make it to the moon if I have to crawl.”

BONUS 2000 - “Everything You Want” by Vertical Horizon. Technically this album released in 1999, but by 2000 alternative rock was fading from the radio limelight, replaced by R&B, rap, more female pop icons, and the last burst of nu-metal. There’s actually not much problematic going on here unless you intend for a person in distress to misinterpret you as God. Which tends to happen with these lyrics. Otherwise, the subject is just lost in their own pain, and the narrator is fixated on helping them in some way.

There are plenty more greatly terrible songs and bands to pick from, sure, but I think that’s an excellent cross section of the decade in alternative rock music. Just don’t listen to these on Valentine’s Day.

More stories from Horace Wheatley and writers in Beat and other communities.