5 of the Best Songs to End a Film

by Bronson Fleet 5 months ago in list
Report Story 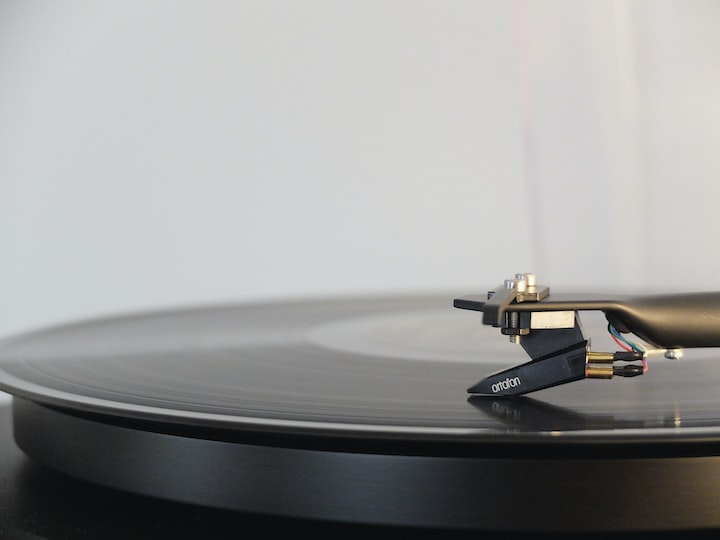 Photo by Adrian Korte on Unsplash

I remember the first time I heard Darth Vader's theme (The Imperial March) when I first watched Star Wars as a child. Not who I was with neccessarily, or the exact time of night, but I remember the way my heart began to beat a little faster, and the slight feeling of dread that grew in me when Darth Vader's helmet appeared on-screen.

When I was young, I thought it was the villan himself who had caused these visceral reactions to take hold of me, but when I think back and remember that moment it was not the man so much as it was the music that accompanied him. I can't recall the dialogue, nor can I recount the plot, but I can hear deep, booming brass and dark minor chords. I'm sure I am not alone in this, and for those of you who have seen the moive (Who hasn't?) I'm certain you are hearing it as well.

From the very earliest beginnings of the silver screen, music has been used as a tool to not only excite the audience but also to reinforce the intentions behind the movie's story. When used incorrectly, it can be quite disastrous, for example:

When viewing the above it's hard to tell whether the director wants you to be afraid or stand up and bust out your favorite 80s dance move. (Honestly what the hell were they thinking?) When it's done correctly though, it can take a scene that is otherwise mundane and turn it divine. Inspire us to take a chance, or weep into our pillows.

With the power of music in mind, I'd like to look specifically at five of the best songs that directors have chosen to end their films. The songs that wrap up all plot and dialogue, and ensure the audience leaves the experience feeling exactly as they were intended to. For clarity's sake, I'm not listing my favorite movies of all time, (though I do enjoy all of the following films) but instead listing the ones that made me want to stay in my seat at the theater (or on the couch) so I could bob along with the music and contemplate what I just watched.

High Fidelity: Stevie Wonder - I Believe (When I Fall in Love)

A classic breakup movie that really has it all. Great acting, great writing, and a fantastic soundtrack that weaves through the story like chocolate through a pastry. I go back to this one every six months or so, not just because its one of those movies that comforts me like a well worn pair of sweats, but also to listen to Jack Black deliver gems like this.

As for the song that ends this film, it comes from Stevie Wonder's 15th studio album, Talking Book. (Which also features the classic song "Superstition". ) It's a song that begins in the deepest, darkest bowels of a devastating breakup, then slowly builds into how we feel as we move on and find love again. Just like the movie, it delves into the ups and downs of our relationships and promises that no matter how low we get the next sunrise lays just beyond the horizon.

It's a great movie, and Stevie ends it on the perfect high note, letting us know that just becasuse all didn't go as planned our lives will still be okay.

Palm Springs was one of those movies I watched out of desperate boredom but ended up enjoying a great deal. It's a time loop movie, a genre which has been plumbed just about to its furthest depths, but still managed to add enough freshness to the proceedings that it was able to surprise me.

Most of the film's uniquness comes from the fact that our hero, rather than being desperate to end the monotony of living one day over and over agian for all eternity, has already accepted his lot by the time we meet him. This simple deviation from the usual formula allows the audience to really identify with the character even as he suffers through a very surreal circumstance. Honestly, most of us probably feel as though we relive the same day over and over again. Eating, working, sleeping, repeating. But just like the titualr character we grin and bear it the best we can.

It is this apathy that Andy Samberg demonstrates thorughout the movie's runtime that highlights Hall & Oates' "When the Morning Comes" so well. Like an AA member's 24 hour chip, everything will be okay if we can just push through another day. And if we keep doing that over and over and over again, life will inevitably give us something that not only surprises us, but delights us as well.

The Big Short: Led Zeppelin - When the Levee Breaks

Let's bust the Led out. The Big Short, great movie, box office success, all that. But has there ever been a movie thats final song encapsulated the plot so perfectly? "When the Levee breaks". The 'levee' being America's unshakable faith in not only the rock solid housing market but also responsible leaderhsip up at the tippy-top. The implied flood being the financial devastation wrought upon the average American (and the rest of the world) when corruption is allowed to promulgate unckecked. Brilliant filmmaking, even better music.

I'll admit, this pick is less about the lyrics of The Rolling Stones acoustic classic "Sweet virginia", and more about the feeling that high blues harmonica fills you with as the heroine sips her coffee high above those she has just bested.

The song itself is about the difficulties of life, and not only its difficulty, but also it unfairness. This does mirror the main character's struggle, but the music is so filled with melancholy and promise that even without the words it was a perfect fit for the movie's closing moments.

We're not all born equal, neither in talent nor circumstance, but if we keep our eyes up on what we desire, and more importantly what we know is right, we'll carve out a small piece of this world as our own. That, I think is part of the American dream, a major theme of the movie, and embedded within The Stones' "Sweet Virginia".

The Last Waltz: The Band - I Shall be Released

This final pick is kind of a cheat. Well, not kind of, it is a cheat. But how could you not include it? The Last Waltz is not a movie per se but actually The Band's farewell concert filmed (by Martin Scorsese) in 1976 in San Francisco's Winterland Ballroom. It features many of the artists that The Band credits as major influences on their work and other contemporary players of the time. These include: Paul Butterfield, Bobby Charles, Eric Clapton, Bob Dylan, Neil Diamond, Joni Mitchell, Van Morrison, Ringo Starr, Muddy Waters, Ronnie Wood, and Neil Young.

Dr. John also performs an incredible number entitled, "Such a Night", that just goes to show you no matter how cool you think you are there's always somebody cooler. (Mainly Dr. John).

In the final performance of the film, The Band plays their 1968 song from thier debut album, "I Shall be Released", (written by Bob Dylan) accompanied by the concert's large ensemble. It was a fitting choice for their farewell concert to end it on such a message. A song that not only helped launch them into the hugely successful musicians they became, but also to help them say goodbye to one part of their lives as they entered another.

Saying goodbye is hard. Whether to a friend, a job, or a dream, we all struggle when we leave the familiar and enter the unknown. I Shall be Released touches heavily upon that difficulty, but also fortells hope of a bright future ahead, and the satisfaction in a job well done. Like taking a weight from your shoulder that you have bore longer than you thought possible, you grow to love it in a way, but can breathe easier once it's gone.

Movies, in a way, are like hand knitted quilts. They are collections of all the different artisic mediums stitched together into a comprehenisve whole. In the best examples, they can shine light onto the dark places of the human condition so that they can be confronted and corrected. Music plays a vital role in this endeavour, and reminds us of those lessons every time we hum along.

More stories from Bronson Fleet and writers in Beat and other communities.