by Kathryn Milewski 3 months ago in song reviews

An appreciation post to all the clever song edits you can find on YouTube. Here are 10 songs that sound surprisingly good slowed down. 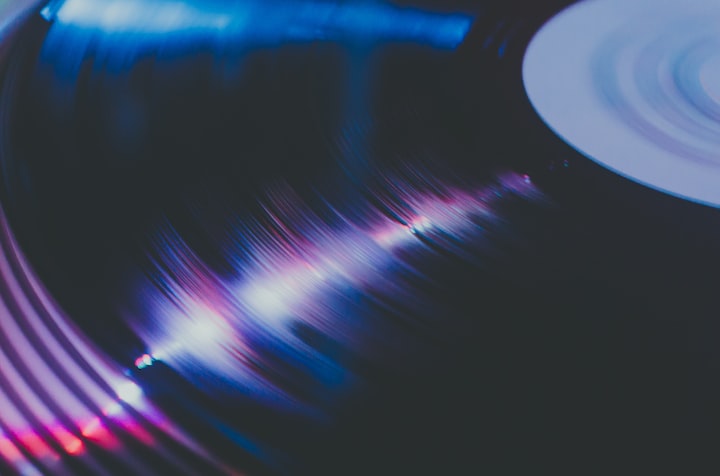 Photo by Guillaume TECHER on Unsplash

You know that feeling when you're chilling in your bedroom late at night, you're all in your feels, and you just want something slow, deep, and rad to listen to? Look no further than YouTube song edits. There are some really talented people on the internet who are able to take famous recordings and mold them into new works of art. It's an impressive skill.

There are several amazing song edits scattered around YouTube. Chances are some talented young music producer has made their own edit of your favorite song. While there are several boppin' edits to highlight, here are ten of the best.

This vaporwave remix of A-Ha's classic 80's hit elevates the digital-ness of the original tune. There's something almost tropical about this slowed version as well - it's the kind of relaxation we need.

While this remix is less quick than the original tune, it's still got a great beat to jam to. You could dance to it if you wanted. Listen to this while sipping some margaritas by a swimming pool.

This video shows a vinyl record of Dolly Parton's "Jolene" played at 33 rpm. It sounds far darker than the original. The gritty vibes are reminiscent of a True Detective title sequence song, and you don't realize how fast Dolly's vibrato is in the original recording until you hear this version.

Additionally, commenters have remarked the deeper voice in this speed adds a new meaning to the song. Because Dolly's voice sounds like a man's, this slowed version of Jolene tells the story of a male partner begging for the fidelity of his man - rather than a woman begging another woman not to steal her man. The LGBTQ+ theme adds a new sad interpretation to a legendary country pop tune.

Have you ever wondered what it would sound like if Dua Lipa covered "Havana"? Listen to this slowed version of the song that kick-started Camila Cabello's solo career.

It's even more sensual than the original. The slowed version of "Havana" almost makes you feel like you're chilling in a secret 1920's speakeasy with cigar smoke and gangsters. Additionally, whoever mixed this version really knows their technical stuff.

This slowed remix of Kali Uchis's "Dead To Me" turns the song from an empowering break up anthem to a pop ballad that will make you cry. The slowed melody and vocals unearth a feeling of hurt not present in the original recording.

This has heavy 1 am vibes, especially with the boosted bass. It almost sounds like it belongs on a dramatic teen television show. Also, whoever picked that thumbnail of the glittery eye makeup and brow on fleek has a good taste in Pinterest photography.

Quentin Tarantino movie, is that you? The intro to this remix of Boney M's "Rasputin" sounds like it belongs in a spaghetti western. Besides that, the rest of the song is even more intense, funky, and dramatic than the original recording with an added grit.

If you can get over the demonic-sounding vocals, this may be a good song to throw in at the end of your next party. (When everyone is vaccinated, of course!) You may not be able to do a Just Dance routine to this slowed version, but it's a great tune to just chill with.

A slowed version of a Nirvana song Kurt Cobain would approve of. Something about this edit of "Come As You Are" just hits differently. It's heartbreaking and easy to cry to. As one commenter puts it, you can almost "smell the weed" in this edit.

Additionally, the boosted reverb adds a dark dreaminess to the track. The guitar solo at 2:40 sounds even better when it takes its time. Want to know what's like being super high at 3 am while living in the 90's? This is your next late-night jam.

The added reverb also gives the song a pinch of depth that'll make you feel like you're driving on an empty road in the middle of the night. The Bearface solo at 4:32 hits harder in this edit. Definitely give it a listen. Also, why are we crying so hard at a Spongebob scene right now?

If you're a fan of HBO's Euphoria, your ears need to listen to this. A version of what "Forever" would sound like if you were "f***ed up," this edit feels like it would perfectly fit into the show. Is this what life is like from Rue's perspective?

It's dramatic. It's pensive. It'll make you nostalgic for those leisurely high school days. Labrinth's gorgeous vocals are drawn out to their maximum potential, and so are some beautiful keys that are hard to hear in the original version. It'll give you chills. It's pure audiophile gold. It'll even make you feel like the main character.

This is what it sounds like to be at the beach on a cloudy day while the wind is blowing in your face. This slowed version of The Neighbourhood's mid-2000's hit "Sweater Weather" has exploded on TikTok recently and proves to be more haunting than the original.

The best for last. This is a clear example of an edit that improves upon the original song's message. The slower version of Billie Eilish's "Bad Guy" actually makes her sound villainous due to the deeper vocal tone and lyrics that don't try to rush.

Additionally, this edit elevates Finneas's masterful producing. When the beat drops after every pre-chorus, it drops HARD. Even the "sexy part" of the song at 2:50 sounds more hellish than the original. If you get your own evil lair one day, make sure to play this edit while you're causing trouble.

Thanks for reading! If you'd like to read more Top 10 music lists from me, make sure to check out my music blog at Live365! We post the latest music news, radio broadcasting and podcasting tips, and Top 10 lists every Wednesday.

If you liked this list, make sure to drop a heart. Tips are always appreciated. If you have more slowed song suggestions for a Part II of this article, DM them to me @katyisaladybug on Insta.

Until the next story. :)