10 Classic Songs You May Never Have Realised Were Covers

Vintage hits that were not the original versions 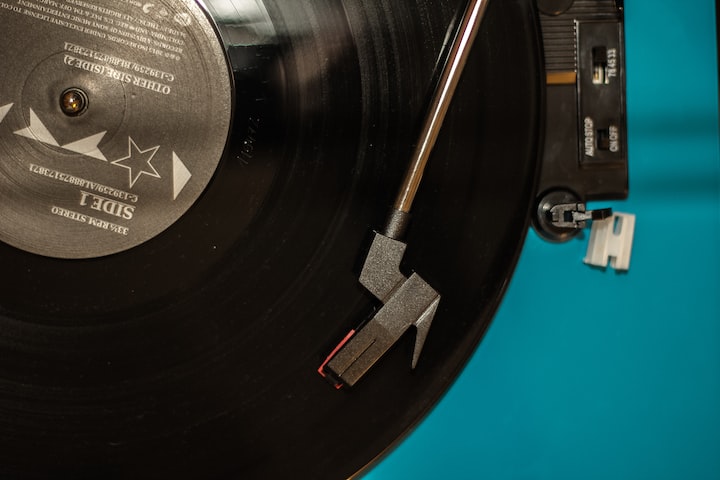 Photo by Ivan Dorofeev on Unsplash

However, Nilsson first heard the song on the radio and thought it was a Beatles tune. Once he found out it was an obscure album track by a less well-known band, he recorded it. Nilsson changed the arrangement and added a more prominent piano element. He delivered a dynamic vocal performance far different from the original and it became the haunting ballad we are familiar with.

Mariah Carey's version is a cover of the Nilsson cover she enjoyed as a child.

The song was written in 1970 by Pete Ham and Tom Evans from the British band Badfinger.

Badfinger did indeed have a strong Beatles connection, so Nilsson's musical antenna was excellent. Badfinger was the first band signed to the Beatles' Apple label and they were produced on a couple of occasions by Paul McCartney and also by George Harrison. They had a major hit with a McCartney song, Come And Get It.

The band were named Badfinger by Neil Aspinall, the Beatles close friend. Apparently, the name came from the nickname the Beatles had given to a German stripper they'd known in Hamburg.

Ham and Evans never considered the song good enough to be a single and left it as an album track on their debut release, No Dice.

The Ritcheous Brothers are forever synonymous with Unchained Melody. They had a major global hit with the song in 1965 and charted again in 1990 when the song was used on the soundtrack to the blockbuster film, Ghost.

The song had actually been a hit ten years earlier. It was written in 1955 by Alex North and Hy Zaret for a little-known film called Unchained. A cut-down version was sung in the film by actor and singer Todd Duncan while lying on a prison bed watched by other wistful prisoners.

Todd Duncan's version was never released as a single but four other artists did release Unchained Melody in 1955, including Liberace. Bizarrely, all four artists had chart success with it simultaneously, a record that continues to this day.

Chubby Checker's high-octane recording and live performances of The Twist were responsible for the Twist dance craze that swept the world in the 60s. He reached number 1 with the song in 1960; think Chubby Checker, think The Twist.

However, The Twist was written by Hank Ballard. It was originally the B-side to Teardrops on your Letter by Hank Ballard and the Midnighters, a minor hit two years earlier.

This song was a number 1 in the USA and a top ten hit around the world. Blinded By The Light became a classic for this British rock band.

Blinded By The Light was actually written and recorded in 1973 by a then-unknown singer-songwriter from New Jersey by the name of Bruce Springsteen.

The original version, by the artist who was to become the Boss, was a less grandiose affair than that of Manfred Mann's distinctive electronic backing beat and emotional vocals.

Blinded By The Light was the first track of Springsteen's debut album, Greetings from Asbury Park in 1973. Springsteen released it as his first single without success until picked up by Manfred Mann three years later.

In fact, the song was originally called Brandy and it was written by US songwriters, Scott English and Richard Kerr three years before Manilow had a hit with it. Manilow changed the title to avoid confusion with another song at the time with Brandy in the title.

Brandy was a minor hit in 1971 for co-writer Scott English and a year later, Bunny Walters had a number 1 in New Zealand with it.

A standard slow dance ballad at wedding parties the world over ever since this song, from British band The Hollies, hit number one in 1974.

The song was written by Albert Hammond and Mike Hazlewood and first recorded by Hammond for his album, It Never Rains in Southern California in 1972. The title track was more successful for Hammond.

Hammond's version is more subdued and stripped back than the more well-known Hollies version.

It gained another unusual 'cover' version in 1992 when the song's publishers took Radiohead to court for copyright infringement. Radiohead had released a song called Creep that used a similar chord structure and melody as Hammond's original version of The Air That I Breathe.

Hammond and Hazlewood were awarded royalties and joint songwriting credits for Creep.

She's The One was a massive worldwide hit for Robbie Williams, winning a number of awards and launching the former boyband singer to global solo stardom.

Robbie Williams has been known to imply he wrote the song. In fact, it was written by Karl Wallinger and originally released by his band, World Party, a year earlier.

Williams' cover is very similar to World Party's original and even includes two members of World Party on his recording, something that is reported to have upset Wallinger greatly.

The World Party original was not a hit for them but their version of the song did feature in two films, The Matchmaker (1997) and The Big Hit (1998) with Mark Wahlberg and Lou Diamond Phillips.

This song is forever associated with Glen Campbell and US country music after reaching number 1 in the USA and around the world in 1975. Bruce Springsteen even recorded a cover version for his film Western Stars because of the soundtrack's country musical influences and connections to Americana.

Yet, Rhinestone Cowboy is not an American song at all. It was written by Australian songwriter Larry Weiss in 1974; Weiss achieved little success with the song in his home country. Campbell heard it while touring Australia and liked it so much he recorded a cover. The rest is history.

Black Magic Woman was a major global hit for Santana and is one of their most loved songs. They recorded two versions of the song but the most popular is their first version where they fused the instrumental Gypsy Queen, by Gábor Szabó, into the track. Two covers for the price of one.

Black Magic Woman was originally a minor UK hit in 1968 for the first incarnation of Fleetwood Mac and written by their then lead guitarist, Peter Green.

As well as the merger with Gypsy Queen, Santana made several other changes to the chords, keys and arrangement of the original for their much better-known version.

Cyndi Lauper's first major hit is renowned as a feminist anthem worldwide. The song gained a host of music, video and vocal awards.

However, the original song was quite the opposite to a female anthem. It was written by Robert Hazard, from a male perspective, explaining that he couldn't find a good woman to settle down with because all they wanted to do was have fun. The song was never even officially released.

Lauper removed the rock arrangement, changed the perspective to female and added an upbeat synthesizer background riff to give us this classic piece of 80s pop.

Sometimes, the cover version is better

An artist can sometimes see something in an obscure song that the writer and original performer never did.

Music, short fiction and travel, all with a touch of humour.

More stories from Alex Markham and writers in Beat and other communities.