Why You Should Delete WhatsApp

by Insaf Ali 3 months ago in cybersecurity

And Switch to Signal Private Messenger. 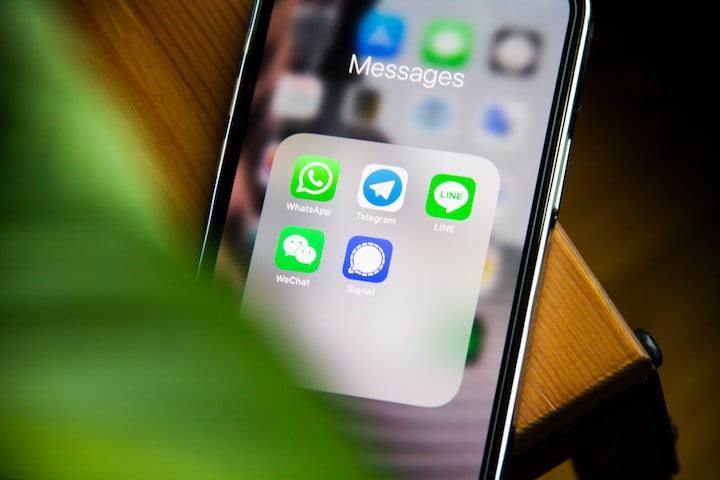 Photo by Adem AY on Unsplash

Companies and governments are watching you. Various people are shunned for wrong think. Private information on social media sites is scraped by hackers!

Your online data is in constant danger in the modern world. Regardless of what you believe in, the need for privacy and security is stronger than ever, yet no one even cares until just some week ago, when a very popular messaging app, WhatsApp, changed its privacy policy to become more privacy-invading and caused Elon Musk to tweeted that everyone should use Signal.

Since then, WhatsApp has been on damage control and delayed rolling out the policies due to the backlash, but the company does intend for you to agree to it eventually, especially when people will forget about it.

I am going to tell you why you should delete WhatsApp and switch from WhatsApp to Signal for your daily communications. Seriously, there’s no reason to continue using WhatsApp at all.

Now, you’ll probably be wondering what’s so bad about WhatsApp and its new privacy policy? Well, let’s take a look.

Now, note that WhatsApp says their messages are end-to-end encrypted, so no one, including WhatsApp itself, can supposedly see the message’s content.

However, the metadata is unencrypted. Metadata is data that provides information about other data; basically, it is data about data.

Looking at the privacy policy at the time of this video, in the “what information we collect section,” the policy admits that WhatsApp will collect various information that you volunteering provide, like account name, phone number, profile picture, status, contacts, social group connections, message logistics, etc.

You might be wondering how metadata matters if the messages themselves are encrypted.

Well, here are some examples:

You got a message from an HIV testing service that you used for testing, which happens to be a verified WhatsApp business. Then, your message and video call your doctor for 30 minutes.

Afterward, you visit an HIV support group chat in the same hour. WhatsApp does not know exactly what was in the messages or what you talked about with your doctor on the phone.

You received messages and media content from an attractive woman with a seductive not-safe-for-work profile picture and status that contain seductive words.

After receiving the content, you spend the next 10 minutes interacting with media content within the chat. After the 10 minutes are up, you exit out of the chat and then the application.

WhatsApp only doesn’t know precisely what the contents were in the chat between the two users.

You join a group chat that states it's against politicians you dislike. As these politicians gain more power and influence throughout time, you increase your interactions with others in the group and even private message some of them.

WhatsApp can only guess what’s being said. As you can see in the examples, the metadata gives an idea of what the chats were mostly about even though no one knows the actual contents within the chats.

The company collects data on everything it can get its hands on. With the collected data, it then sells it in bulk to whoever wants it.

In the HIV example I gave, some health insurance companies may buy the data to see which people to target their advertisements and to adjust their policies and prices.

Due to you contacting an HIV testing center and joining an HIV support group, an insurance company will build a shadow profile about you based on the metadata to calculate a policy that will benefit them if you happen to sign up for their insurance plan even if they don’t actually know anything about you, which is almost like China’s social credit system.

Note that this is done automatically by a computer with no human interaction to oversee it.

Besides other companies, Facebook itself can also use the data to manipulate your decisions and opinions.

A great example is the Cambridge Analytica Scandal, where Facebook purposely allowed certain political ads to be displayed to certain individuals so that they would vote for certain candidates based on all the data they have about those users.

There’s plenty of other examples out there too. But going back to WhatsApp’s claim on the messages being encrypted, since the application is closed source, no one can verify if the messages are actually 100% encrypted or not, meaning the servers could attempt to store and decrypt the conversations.

Knowing Facebook and its history, they probably are something behind the scenes. Overall, regardless of what you do, you need to stop using Facebook products, which include WhatsApp.

Why you need to stop using WhatsApp

The signal is an instant messaging application developed by Signal Messager LLC. It’s available for free on the Google Play Store for Android and the Apple App Store for iOS. You can also download the desktop client for Windows, macOS, and Linux.

Just like WhatsApp, with Signal, you can send fully encrypted text, video, audio, and picture messages and voice or video calls to individuals or multiple people at once.

Signal also was the first messager out there to feature disappearing messages, where the message content automatically deletes itself after a specified amount of time you set it.

What’s more, is that there’s support for stickers and the ability to change your chat’s background wallpaper.

The Signal team does have plans to add more features and improvements as the app continues to gain suggestions and feedback from its users.

On the security front, The app uses a similar encryption protocol as WhatApps between Signal users BUT, all of the metadata in those messages are encrypted.

In other words, if you have a Signal chat with someone, only that person will see your messages’ logistics, along with the content itself. But to add even more privacy to that, Signal offers sealed sending, meaning the identity of the sender of a message is hidden behind encryption.

Basically, the only thing that the Signal developers can see is your phone number and the last time you connected to their servers. Also, since the app’s development is being funded by a non-profit corporation called the Signal Foundation, there are no financial incentives to sell any data. There are no ads and the app will remain free to download and use.

Plus, since it’s open-source software, anyone can contribute to it and verify the integrity. Many famous security experts like Bruce Schneier and Edward Snowden can vouch for Signal.

With all this security and privacy along with awesome chatting features, Signal is a viable replacement for WhatsApp.

Overall, the 2020s are the decade where privacy and security are needed more than ever. There is absolutely no reason to use an instant message service that is not 100% end-to-end encrypted.

As you can see with WhatsApp, your data’s privacy is at constant risk and companies will secretly take your data if you aren’t careful. This why I recommend Signal as a replacement. Its protocol has audited and the developers behind the app have no intention or incentives to take your data.

The world is a jungle: You either fight and dominate, or Hide and evaporate.

See all posts by Insaf Ali →