Why the Electric Car Movement Could Ultimately Harm the Planet

by Varga Norbi about a year ago in electric
Report Story

Despite the nobility of the cause... 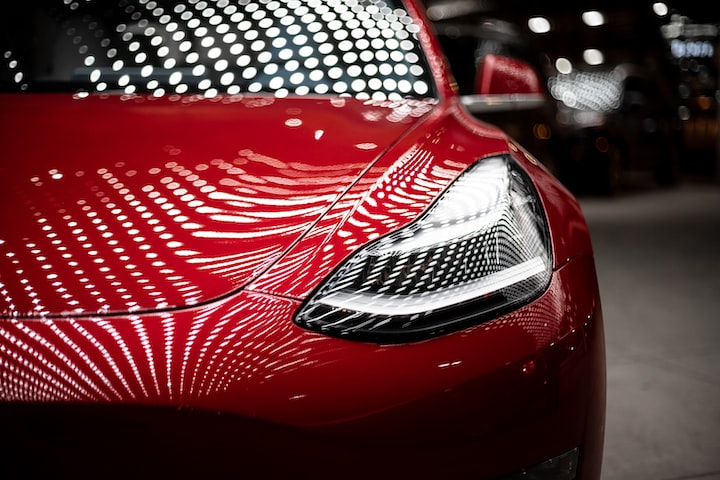 Photo by Vlad Tchompalov on Unsplash

Tesla and Elon Musk are probably the first names which come to mind when talking about electric vehicles, for good reason. The famed entrepreneur is a social media superstar, with the vast majority of his followers being heavily intrigued by technology, business or simply by the sometimes satirical tweets his genius is known for.

Although all of his projects are worthy of mass recognition, the crown jewels of Elon Musk's empire are likely his dearest companies, SpaceX and Tesla. Leaving SpaceX for another article, we shift our focus towards Tesla, Inc., the automobile company which aims to revolutionize what electric vehicles can be.

In 2021, the Tesla (TSLA) stock's value finally exploded, as the billionaire's continuously growing popularity and restless efforts yielded their fruits. The company had a clear message, internal combustion vehicles are damaging the planet through CO2 emissions, making EV's the future of transport.

When talking about saving the planet by replacing internal combustion vehicles with EV's, we first need to comprehend the scale of this initiative. The CO2 emissions we so desperately need to decrease are produced by a wide variety of industries. Talking strictly about vehicles, we need to face a simple fact, there are an estimated 1 billion cars on the road each year, and this number is increasing.

Considering that the vast majority of these vehicles are still using internal combustion engines, we realize that replacing all fuel-powered cars with electrics requires a lot of effort. The most produced car in the world is the now modern Toyota Corolla, with roughly 43 million of them built over the course of 55 years, a period of time we do not have in order to stop global warming.

Thankfully, this feat might just be achievable in time, as today, most major car manufacturer companies sell electric variants of their signature models. From the convenient Volkswagen and reliable Japanese companies, to the more luxurious brands such as Porsche, it is safe to assume that theoretically, we can indeed produce sufficient EV's to replace all internal combustion cars in a relatively short time.

Many political institutions, such as the European Union, have already taken legislative measures to ensure the success of this mission, by either limiting or prohibiting the production of regular cars, from a given time in the near future. In terms, car manufacturers are now being forced to adapt their signature models to the legislative infrastructure, with many of them planning to completely stop the production of internal combustion vehicles in the near future.

Legislators have also taken national-level action in promoting the EV movement, by issuing a variety of benefits to EV owners. These include but are not limited to:

Decreased or no vehicle or road tax

The Future We're Currently Heading To

With the world's biggest car manufacturers having made their bets for the future of automobiles on EV's, customers will soon run out petrol-powered alternatives. It is safe to assume that certain brands will still keep their signature models old-school, as the idea of an electric Porsche 911 or Ford Mustang GT would realistically fail to impress the loyal customers.

As the vast majority of all new cars are expected to be exclusively electric, potential buyers will get accustomed to the world of EV's in a few short years. Indeed, electric cars could, and will have a massive contribution in the fight against global warming. We respect and admire the initiative, with no paragraph of this article meaning to villainize Tesla or EV's in general, but there is a major issue.

Electric vehicles have only become mainstream in the early 2020s, as the range of options grew exponentially. Most car manufacturers (with a few exceptions) relied solely on fuel-powered vehicles until recently, and the trend of EV's only gained traction sometime around the end of the year 2018. Tesla's funky software updates, Elon Musk's recognition as a celebrity and the new generations of batteries, which can provide reliable range, have all contributed to the popularity surge EV's witnessed.

Even so, car companies still needed time to design, develop and market their upcoming electric models, similarly to how the legal infrastructure for the benefits of driving an EV required extended debate. We're not claiming EV's are bad, we're just saying they are too late.

Most people do not purchase brand new cars, as the most rapidly depreciating asset, individuals would rather have a 2 or 3 years old vehicle for nearly half the price of a new one. This means that in order to replace internal combustion cars with EV's, we need to flood the second-hand market with electric cars.

And it is at this point that the problems emerge.

The Costs, the Logistics and the Politics

As of 2021, electric vehicles have come a long way from the Toyota Prius or the first generation Teslas. Even some "budget" EV's with standard specs have a pleasant driving experience to offer, while the range-topping luxury vehicles such as the Porsche Taycan or the latest Tesla Model S can only be regarded as marvelous, from any driver's perspective.

However, comfort does not come cheap, and the majority of the world cannot afford buying a brand new car without some special government-funded programs. Not only are such governmental initiatives still rare, but even so, most people would be required to sell their current vehicle to fund the purchase of a new one. Question is, what are we going to do with all of the used petrol-powered cars?

Since most countries in Europe and North-America will enforce harsher taxes on used petrol-powered vehicles, and the entire goal of this initiative is to popularize EV's, we are left with two possible answers.

Firstly, recycling the cars into raw materials and components. This is so far the best use we can find for the hundreds of millions of used cars we'll have to get rid of, but there is a slight issue in this approach as well. The logistics of such an ambitious project of mass recycling are overwhelmingly complicated, as not only do most cars weigh in between 1 and 2 tons, but the traditional car crushing machinery is likely to prove insufficient.

Cars have gotten bigger, sturdier and smarter, but the machinery we used to crush them up with hasn't. An efficient approach in recycling would require us to remove the technological components before actually placing the vehicles in industrial crushers, which in terms requires more workforce. Presuming that we would create a large-scale, temporary industry of car recycling, employing the required workforce and investing in newer, stronger and more efficient crushing machines, the last issue we'd have to face would arguably be the greatest, the logistics.

Although cars were designed to move and transport themselves, it would be highly expensive and inefficient to drive them to the large recycling centers. Assuming we'd have a handful of big facilities focusing exclusively on recycling the world's supply of used vehicles, transporting millions of cars, even if already crushed, across hundreds or thousands of miles would require a highly advanced infrastructure and logistic plan, which is far from current.

Finally, we reach our biggest problem with the electric car movement, the interference of the underdeveloped world…

Truth to the matter is, the ambitious EV projects are only mainstream in certain areas of the world. While Europe, North America and Australia are making great efforts to encourage people to turn towards electric cars as the future of transport, the larger areas of Africa and Asia are far from this ideal. Although some countries such as Japan or South Korea are making impressive progress in replacing traditional vehicles with EVs, it is important to remember that the African and Asian continents are home to most 3rd world countries.

While in Europe, the Union is continuously funding such projects for its poorer member states, this is still relatively unique to the central continent. As the developed world will replace their current vehicles with electric alternatives, the developing economies in Asia and Africa are expected to proceed towards the opposite direction.

5.7 billion people live on those two continents alone. As the rest of the world will discard their used vehicles, effectively dropping their value, the rising economies from Asia and Africa will be the primary buyers for the second-hand market. If many people are currently struggling to afford personal cars, in the near future, their economic growth and the dropping prices of imported used cars will slowly open the door towards a mobilized population.

Unless we take action to prevent the sale of used petrol-powered cars to the developing world, our best efforts of replacing traditional transport with the green alternative will soon prove to be in vain. Otherwise, individuals will be tempted to sell their old cars to foreign buyers, as governmental programs may struggle to make a more profitable offer.

As only one third of the world's population is found in developed areas, both financially and in terms of international diplomacy, our best efforts may not yield the expected results. The revolutionization of transport has to take place mostly in areas with great population density, otherwise the key political players simply won't have the means to combat pollution and global warming from this perspective.

We are curious to see how this great plan unfolds in the near future, and wish for it to be as successful as it is planned to be…