What Do We Do if the Battery Breaks During Winter? 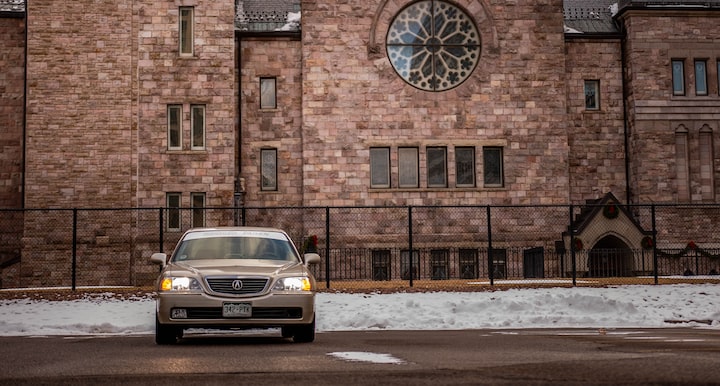 Photo by Nima Sarram on Unsplash

In general, winter is the season when our car's batteries are most likely to fail. Especially if we haven't driven in a long time and we want to go somewhere new when it's cold. But what do we do if our battery runs out? Are we loading it? Are we replacing it? Do we start with the cables?

The battery of our car is a battery, which, as its name suggests, accumulates electricity. The car battery is charged during engine operation from the alternator and its main purpose is to start the engine.

But a car battery, like any other battery in this world, has a limited lifespan. Some say a maximum of 5 years, but there are no rules. I saw car batteries fail after only 2 years of use and others started to fail only after 7 years. But we can say that the average life of each battery should be about 5 years.

Is it normal for a battery to break?

Yes. Because, from repeated charging and discharging, the internal elements reduce their capacity to store current over time. After 2–3 years, the phone doesn't keep us on the phone like it did on the first day, as well as on a laptop or even an electric car. It's the same with the car battery.

The problem in winter is that most used batteries fail this season. Because the cold has an action on the liquid inside which reacts with the lead elements and reduces its efficiency. This is how it happens that in winter, car batteries are in great demand among drivers who were left with their car in the parking lot without being able to start it because of the old battery.

But what do we do when we run out of cars?

Well, we have some options. First of all, we need to know exactly how to run out of power. If it is due to a consumer, either forgotten headlights on or electronic contact or an error in the alarm, we can keep the old battery. The idea is to identify the problem and solve it, otherwise, even with a new battery, we will have the same problem.

If we run out of power from a consumer, we can easily start the car using a starter. This includes both a starter robot and the use of cables drawing power from another car battery.

If we run out of power completely by accident, because we haven't driven in a while, it means we have a problem. Either the alternator no longer charges so well, or the battery simply no longer stores currently. Here, too, we can start the car by taking power from another source, but in this case, the purchase of a new battery is mandatory as soon as possible.

How do we properly charge a battery that has left us in the lurch?

In general, a car battery that has failed on its own, that is, without being "dried" by a consumer forgotten overnight on, can be resurrected about 2–3 times. The first time we see a battery run out, we can start the cable engine and get a little longer.

A road at high speeds, when the alternator charges maximum, say to Sinaia and back, will charge the battery very well. If we start the car and make a trip through the city, then we have all the chances that the next day will not start again.

Or, if we have time and a rectifier, we can take the battery in the house and put it on the rectifier. This is a special device designed to charge batteries. It does this slowly and safely, putting a low amperage every hour so that the battery receives maximum current.

Depending on the amperage removed by the alternator and the one that the battery has, we must also determine the charging time. For example, if the rectifier emits 5 AMP / h and our battery is 55 AMP, we must leave it charged for 11 hours.

How do we get power from another car?

We must follow a few rules so as not to do more harm than good. The first rule is to have both engines stopped. After that, the minus cable, the black one, connects to the two batteries at the negative terminal. Next is the red plush cable that first connects to the "donor" car, then to the one that needs power.

The next step is to start the car's current engine and wait for about 2–3 minutes. Now the car that needs power can be started. Then he took out the cables one by one so that the pliers would not touch each other, that is, the black cable from both cars, the red cable from both cars.

How to choose a car battery?

When buying a battery for our car we must always make sure that its amperage is not lower than the one recommended by the manufacturer. It can be larger without any problems, as long as it does not mean a larger battery.

We also have to look at the positioning of the terminals, so that they match the car's connections, otherwise, we may be surprised not to be able to connect them to the battery.

Ideally, when we change the battery, we should also do a charging test. Either with a personal ammeter or by a service that is equipped with a tester.

This is the only way we can make sure that the new battery will be properly charged with the engine running. If, on the other hand, the alternator does not charge properly, we can keep the old battery and repair the alternator.

One thing is certain: when we run out of electricity we have several possible options. But only one is valid and we will get to that, especially if we are talking about an old battery. Specifically, the purchase of a new battery. And now that you know the information above, we are sure you will make a wise choice.