by Jen Demkin 5 days ago in industry

and the prices may rise further 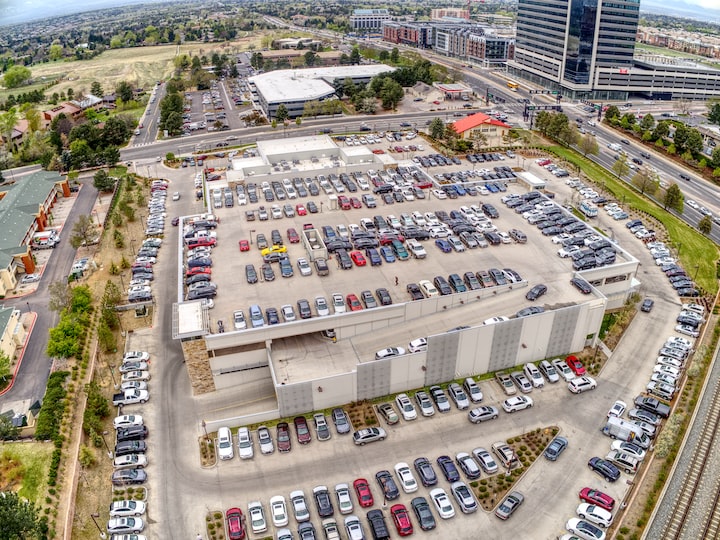 Every year, automakers launch their brand new vehicle offerings. People get excited whenever they introduce new models or concepts. But now we are in these trying times and the auto industry has been impacted by the pandemic. In effect, the record sales for brand new vehicles slumped.

People continue in buying vehicles but they do not seek brand new ones. Surprisingly, the sales for the used car market starts soaring. In just a year, the used car prices spiked to 30 percent.

Secondhand vehicles are selling like hotcakes now and are up almost 30 percent compared to where it was last year. This certain market is saturated with cars, trucks, vans, and even electric vehicles.

In recent years, the sales for brand new vehicles are bigger than used cars. However, in 2019, about 17 million new vehicles were only sold while the used car market sold about 40 million units.

The prices of fuel have been climbing precipitously but so is the price of brand new cars which increased to 7 percent. The pandemic is a big factor in the rise of car prices. This has also caused a ripple effect in the automotive industry.

Even the rental car agencies were hit hard by the pandemic. Due to strict travel restrictions, the companies were forced to sell off some of their vehicles to make up for the lost revenue. But now that vaccination has been rolled out by the government, many people were inoculated. Travel is picking up again but the rental car agencies are still facing the problem of vehicle shortage. There are not enough vehicles to go around and the rental companies try to shuffle around their existing supply of cars where travelers need them.

Semiconductor chips are not only used for producing vehicles but also used for consumer electronics. The demand for things like cellphones, video game consoles, computers, appliances, and more has skyrocketed. To limit the mobility of people in public spaces, governments imposed homeschool and work from home setup. The demand for electronic products increased because of these implementations.

The auto industry got the worst hit because of the shortage. The microchips are an essential part of the engine’s computer management and driver assistance systems. Car manufacturers are struggling to get more supplies. They are competing against each other for microchips but also had to compete with other players in other industries.

In the third and fourth quarters of 2020, the demand for semiconductor chips grew rapidly than the microchip manufacturers could produce. As a result, they have a backlog of orders and continues to outstrip the global supply until now.

Automakers such as Ford and Volkswagen had to shut down some of their factories, limit their vehicle production, and unfortunately lay off their workers. Some of them are worried that the disruption could last into 2022.

According to some industry experts, the shortage did not start when the global chip shortage happened. Before the COVID-19 virus became an outbreak in the first quarter of 2020, many consumers are looking to buy new pickup trucks.

The supply problem happened only for pickup trucks and not with other vehicle types such as sedans and vans. The sales were record-breaking for pickup trucks. The dealers did not expect the influx so they had to clear out their inventory. At the end of May 2020, the pickup truck inventory was very much depleted for different automakers.

Before the auto industry was able to get back on its feet, another problem arises. It just got worse when the microchip shortage layered on another truck supply shock. They cannot keep up in replacing the diminishing inventory and the incoming orders for new pickup trucks.

According to the Consumer Price Index, the used car prices surged to 21 percent in April 2020. Come April 2021, a 10 percent increase has been attained by the used car market. The demand for used cars continues to increase while there’s no steady flow of new vehicles on hand from the dealers.

Although the used car market is bigger than the new car market, they are deeply entangled and operate in tandem. The sales of the new car market took a big hit and it greatly affected the market supply. Only a few people trade in their vehicles or end their auto lease.

The used car market relies on the vehicles they buy off from customers, people trading in their old cars, as well as those who are turning over leased cars. Aside from that, they also rely on the inventory of the dealers.

Even though the price of used vehicles spiked, the sales for used EVs are growing at a slow rate. Tesla has the lowest year-over-year price increase at just under 6 percent. Electric vehicles are an alternative for those who want to stop patronizing fuel-powered vehicles. The shift in consumer preferences is one of the factors of the increase. The sales have been rising month-over-month. In May of 2021, the increase in price for EVs reached 5.1 percent from 1.1 percent in March.

The secondhand car market is different from what it was pre-pandemic. The price today is even higher than the number calculated by the automotive search engine and research website, iSeeCars.

Some dealers are calling customers who recently bought new cars one or two years ago, and they’re asking to buy back the vehicles. If you have bought one that you don’t love, you might think of selling it right away. If during the pre-virus you decided to sell your vehicle, then the value won’t be that high. But now, the prices for the average used vehicle are up almost 30 percent than last year.

If you have a vehicle that you don't need or normally use, now might be the time to make some money off of it. The value of vehicles depreciates every day, even if it only sits in your garage. Nowadays, coupes, convertibles, and pickup trucks are the vehicles with the highest demand.

Do you want to sell your vehicle for a good price? Make sure that the parts of it are in a good condition. If you have a pickup truck, you can change the old wheels and tires, install a tonneau cover, and other easy mods. If you have a coupe or convertible, Nitto tires got your back with different tire series like Neo Gen, Motivo, Trail Grapplers, and more.

Sure, there may be a lot of secondhand cars you can find online or from a local dealer. However, it is not easy to find a good used car. When buying a secondhand vehicle, don't jump too quickly because you may be looking at flood-damaged vehicles. They can show up in the used car market. And since the market is hot, you must be careful about the vehicle you’d like to purchase.

To make the most of the situation at hand, try to get various offers on your current vehicle. You can use that as leverage when car shopping. If you know a mechanic or a professional, you can seek help from them to ensure that the vehicle you plan to purchase is worth buying.

New car market is currently out of reach

Because of reduced productions, Ford is planning to close their eight factories in North America for several weeks. The shortage hugely affects the production of their bestselling vehicle offerings such as F-150 and Mustang. The chip supply shortages led to billions of revenue losses for the company.

If you’re one of the lucky people who were able to buy an F-150 last year, you might want to hold on to that. You may have a hard time buying a new unit and pre-orders for new units are closing fast. If you have no plans in selling it, customize and set its looks apart from the rest. You can buy aftermarket parts from online or local auto parts shops. You can do some easy mods like changing the old tires and pick the best one from the Toyo tires selection. Check out their Proxes tire series for cars and Open Country for trucks and SUVs.

Even if people are willing to buy brand new vehicles, automakers cannot keep up with the demand. They can only give a limited number of vehicle products through reservations or pre-orders, especially for buyers who are willing to wait.

Also, just because the chip shortage is being solved at a slow pace, doesn’t mean that the used cars are getting cheaper. Car manufacturers are starting to ramp up their production after more than a year of supply chain-related ruckus brought by the COVID-19 pandemic. The operations will still not be at 100 percent for some time to come. Therefore, the used car prices are still climbing.

Hi, I'm Jen from 4WheelOnline. My fascination with vehicles starts when I was a kid. I like cars more than dolls. I enjoy writing about automotive industry news, vehicle maintenance tips, and more.

See all posts by Jen Demkin →