by Radha Karki 4 months ago in racing 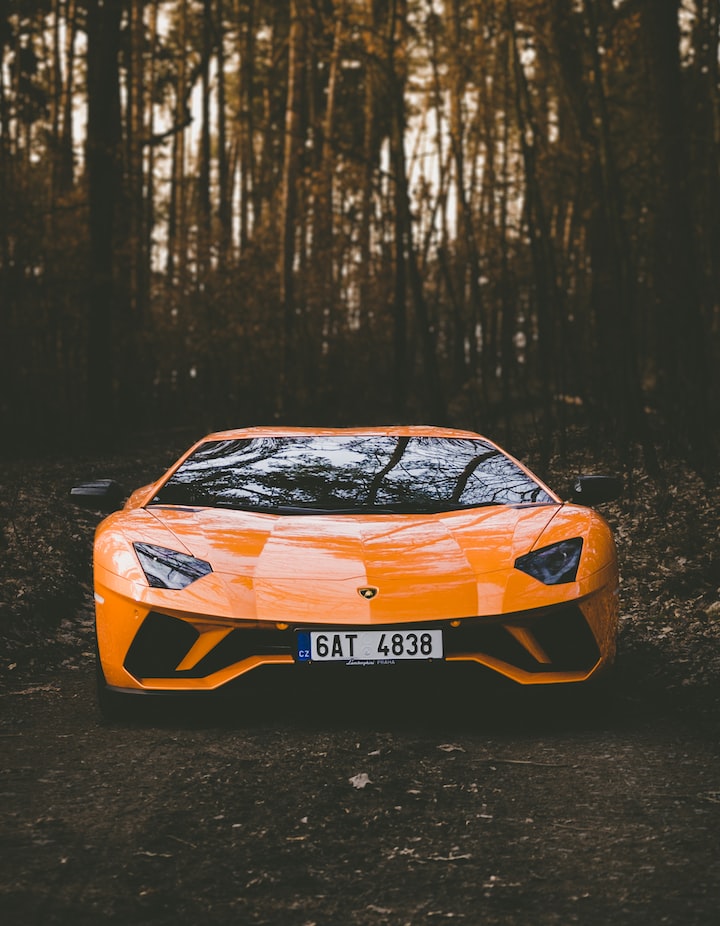 Photo by Marcus P. on Unsplash

Speed is one of the foremost important and crucial aspects of a sports car. As the car speeds up it attracts a lot of attention and goes down in history. For this reason, companies that manufacture cars or hypercars, improve their popularity every year to make headlines and make history. This is a list of cars built to be the fastest and most efficient in that.

The number 8 space on this list goes to two cars due to their close speeds. The Bugatti Veyron is the slowest. It is a mid-range sports car, built and developed in Germany by the Volkswagen Group and manufactured by French car manufacturer Bugatti. This is the first version of Veron and the first car in the world to cross the 250 mph (402 km / h) limit. When Bugatti introduced it, it was the fastest, most powerful, and most expensive car in the world. The $ 1.7 M Veyron used a quad-turbocharged, W16 engine to bring 1000 hp to all four wheels. The car that was to be hit at the time McLaren F1 and Bugatti did it in style. German inspection authorities recorded the speed of average top at 408.4 km / h (253.8 mph) during a test on a private Volkswagen Group track in 2005. In addition, it can go from 0 to 100 km / h in 2.5 seconds, to 200 in 7.3 seconds, and 300 in 16.7 seconds. The fastest is a Bugatti car too. Bugatti also developed a convertible version called Grand Sport Vitesse. This unique car still holds the highest open production car record and is limited to only 92 units. In 2013, the Bugatti Veyron Grand Sport Vitessedriven on the same private test track as Volkswagen became a fast-moving sports car with a top speed of 408.8 km / h (254 mph). He is like his brother quickly. It casts 100 km / h in 2.5 seconds and reaches 200 km / h in 7.3 seconds. However, at $ 2.2 M, it is very expensive.

Moving to number 6, we got SSC UltimateAero. The SSC Ultimate Aero is a mid-range sports car with the title of the fastest-producing car in the world from 2007 to 2010. Speed tests were detected by Guinness Recordsteam and they confirmed the vehicle at high speed, at that time it was 412 km / h (256mph). Packing the Twin Turbo V8 engine that produces 1183hp, can go from 0 to 100 km / h in just 2.8 seconds. When the car came out in 2007, its price was $ 740 K. At one time it was fierce competition between Ultimate Aero and Bugatti Veyron but that was long overdue. Since then, not only the Bugatti go faster but also other cars such as Hennessey and Koenigsegg have crashed the Ultimate Aero.

We have a tire between two very close cars but I will touch on the reason. The first is the Hennessey Venom GT Spyder. It’s an open version of Venom GT and almost as fast as its brother. In 2016, the GT Spyder became the fastest and most versatile fast car with a record speed of 427 km / h (265 mph). To be considered official, recording attempts required an escape from each side, and the measure was taken to respond to wind conditions but Spyder's run was one-sided. Especially to qualify for Guinness World Records, at least 30 cars are needed. However, only 4 Spyders are sold to date. This $ 1.3 M monster can also run from -0 to 100 km / h in 2.5 seconds to 400 km / h in 18 seconds. So basically, I didn’t want to rank the 6th because of its illegal record but I’m also sure it’s fast enough to be mentioned. And the fastest in 5th place is the Bugatti Chiron. The Bugatti Chiron is a mid-range engine with two seats built and manufactured by French car manufacturer Bugatti. And I’m talking about the 2016 version of Chiron, not the brand new one.

At number 4 we have the Bugatti Veyron Super Sport. It was almost a tie between the standard Veyronand Ultimate Aero until the arrival of the Veyron Super Sport. The impressive 1,200 hp and more aerodynamic improvements helped Super Sport with a top speed of 431 km / h (268 mph), lock into Volkswagen's secret test track. According to the Guinness Book of World Records, the Bugatti team successfully overthrew the Ultimate Aero in 2010 and remained the strongest car in the world until 2017. the moon. It also hit 100 km / h in just 2.4 seconds and 200 km / h in 6.7 seconds. These days it sells for $ 2 M.

We are in the top 3 and the third-fastest car is the Hennessey Venom GT. The Hennessey Venom GT is a high-performance sports car manufactured by Hennessey Performance Engineering. In 2014, Hennessey unveiled the Lotus-basedercercar with twin-turbo V8 and 1200 hp. Until then, Texas-based tuna has been improving the performance of cars, but this was the company's first independent construction. In 2014, with the approval of the Kennedy SpaceCenter, Hennessey recorded a top speed of 435 km / h (270 mph). Although the Guinness Book of World Records agrees to run, it has received due criticism. In one, the fastest records were taken from two runs in different directions but Hennessey hit the record in one direction. Also, the Venom GT is a hand-built, low-production car. Some have asked if it should be counted among production vehicles. To qualify for Guinness, there must be at least 30 such units produced but the Venom GT is limited to 13 units. However, there is an official record of this set and speeds up to 300 km / h (186 mph) from the stationary stand. The Venom GT hit that speed in just 13 seconds which made it go almost a second faster than Agera R. At that point it also hit the 100 km/hr mark in 3 seconds. This beast costs $ 1.2 M these days.

Entering the second place is a street area known as Koenigsegg Agera RS. Agera RS is an advanced version of Agera R, using some new technologies and features of R and S models. Its V8 engine produces 1160 horsepower and pushes the car to 100 km / h in 2.9 seconds. The first record for the broken RS is a 0-400-0 acceleration time and it finished with a 36-second run beating the standard Chiron in 4 seconds. Then came a quick run. Speed recording is set in the U.S. When Nevada closed the highway Agera RS made an average speed of 447 km / h (278 mph). When the descent took off, with the help of the wind, Agera actually did 458 km / h (285 mph). However, the record is 447 km / h, surpassing the Bugatti Veyron Super Sports record at the end of 2017. Thanks to its anti-brake rating Agera costs $ 2.5 M. Before launching the fast car, here are some of the highlights. SSC Tuatara: The vehicle follows the SSC Ultimate Aero and has a required speed of 482 km / h (300 mph). Hennessey Venom F5: And this is a Venom GT fan with the required top speed of 484 km / h (301mph). McLaren Speedtail: It is alleged to be accelerating at 403 km / h (250 mph) but is likely to prove it by 2020. Rimac C_Two: According to the Croatian company Rimac, this EV hypercar can accelerate to 415 km / h (258 mph)). Koenigsegg Jesko and Jesko Absolut: Both vehicles are required by the manufacturer to have a top speed of more than 483 km / h (300 mph). Specifically, Absolut, which is a high-speed version, can exceed a speed limit of 500 km / h (310 mph). Finally, the winner of this list is the Bugatti Chiron Super Sport 300+. In August 2019 Bugatti unveiled a unique high-performance Chiron product called the Chiron Super Sport 300+. It made a top speed of 490 km / h (304 mph) and was the first car to break the 300 mph barrier. While much of the world was expecting Koenigsegg to break the barrier first, Bugatti stole the thunder. Only 30 engines of the Quad Turbocharged W16 will be produced. Without a big moment, the Bugatti president says Bugatti will no longer be looking for records and will focus on other aspects of the car; which means it may not be taking part in any future race that goes up. Not only is this listing very fast but it is also very expensive at $ 3.7 M. In hindsight, it claims a time of 2.1 seconds while reaching 100 km / h but it sounds possible considering how fast it is.

Receive stories by Radha Karki in your feed
Radha Karki
Read next: WHY WE DONT SEE TESLA COMMERCIALS