How to Buy a Used Car Online

by Walter Rhein 5 months ago in feature

Basic tricks that will help you find a deal even if you're not mechanically inclined.

Cars are always a bad investment.

They break down, they depreciate, and they cost an arm and a leg to maintain. Unfortunately, you pretty much need a car in order to participate in modern society.

The car industry has flooded the market with nonsensical talk about how unreliable used cars are. They do this to pressure you into spending 10 times what you want on something that's just as likely to have expensive, routine problems.

The good news is there's a way to get you out of the endless cycle of ridiculous monthly payments. You can use resources like Facebook Marketplace and Craigslist to acquire a reliable car at a fraction of the price of a dealership vehicle.

Just follow these simple steps and you'll be on your way to a life that is car payment free! 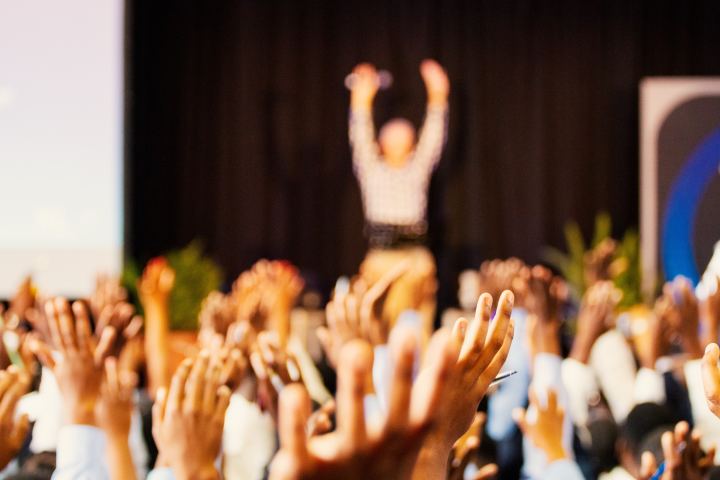 Photo by Jaime Lopes on Unsplash

The first thing about buying a car online is you need a way to assess value. You can reference car prices on Kelly Blue Book, but that will only get you in the neighborhood.

Most of the used cars you find online are going to have over 100,000 miles on them. You don't have to be a mechanic when you evaluate a car, just know that at 200,000 miles, most vehicles are going to start giving you major problems.

Some cars have old bodies and new motors, some cars have minimal rust, some cars have new tires, there are lots of variables to change the price. But if you're looking at a vehicle with 180,000 miles on it, as a general rule, you should probably be paying around $2,000. 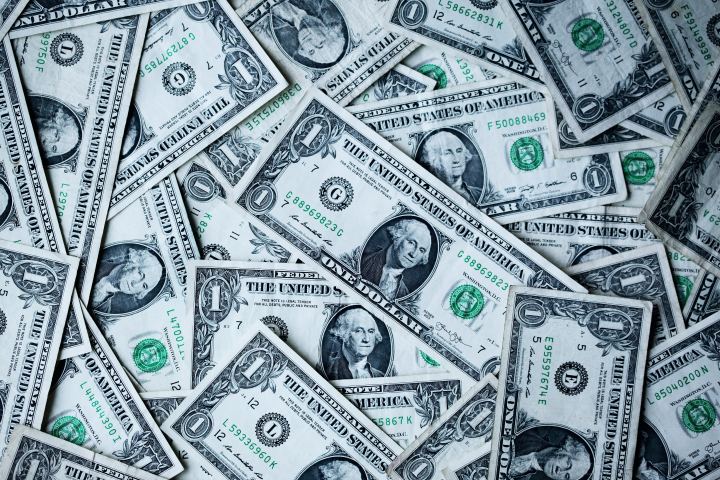 Remember that a $3,000 car is a $600 savings over a car payment of $300 for a year. It's an upfront payment, but you aren't paying interest and you aren't stuck with carrying additional insurance.

$1,000 is your low end, your high end is all the money in the world. You can spend anything you want on cars, but I'm guessing if you're reading this article you don't have limitless funds (go read something else Jeff Bezos!). 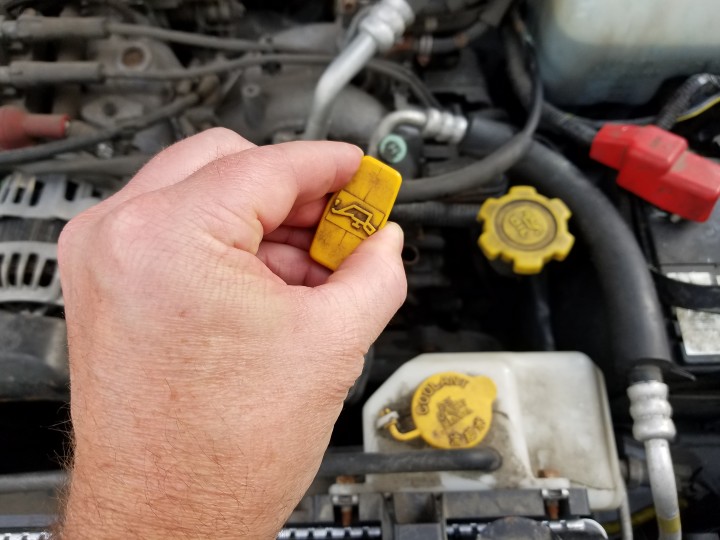 3. Check the Oil and Coolant Before AND After a Test Drive

At the absolute minimum, everyone who drives a car needs to know how to check the oil and coolant. All other car problems are slow deaths, but if you have a severe oil or coolant leak it causes an instant, fatal car heart attack.

Take the oil and coolant seriously.

If you're buying a car with 100,000 to 200,000 miles on it, it's common to have minor oil and coolant leaks. You can still drive that car for years, you just have to make sure you check these fluid levels every time you fill up with gas.

When you go to check out a used car, check the oil and coolant levels. Then start the car and go on your test drive. When you finish your test drive check them again. Every decent car salesman is going to top off the fluid levels when a client comes over. If there is a major drop in fluid levels after a test drive, you should walk away.

Also, check underneath the car to see if anything is pooling up on the ground. You don't have to be a mechanic to know that it's bad to have fluid leaking out of your car. 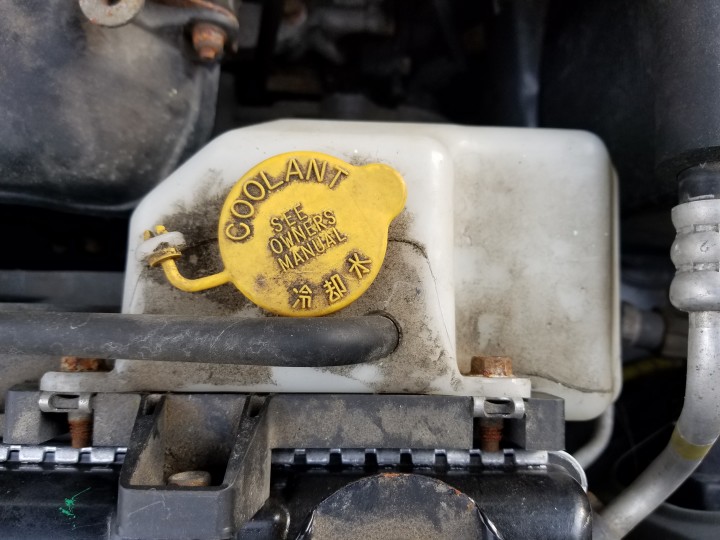 4. Don't Let the Seller Bully You

I once called a guy about a car he had listed on Craigslist. In the advertisement the car was listed as a manual, but the pictures showed that the car was an automatic.

When I brought it up I asked for a clarification.

"Okay, do you have any pictures of the interior?"

"I posed the pictures."

"Those pictures show an automatic."

"Are you saying it's an automatic?"

At this point you don't get into a debate with the guy, you just politely say goodbye and hang up. It doesn't matter how good a deal the vehicle is or whether it's exactly what you're looking for. The second a seller irritates you, the transaction is over.

Facebook marketplace is a very nice option because it allows you to see the Facebook profile of the people you are purchasing the car from. Go ahead and check out their wall. If they've got a lot of pictures of grandchildren, etc., you've probably got a legitimate person who is just trying to unload a reasonable car.

On the other hand, if the guy's Facebook wall is littered with images of people the guy's got chained up in his basement, you should probably look elsewhere (yes, even if the price he posted is a really great deal). 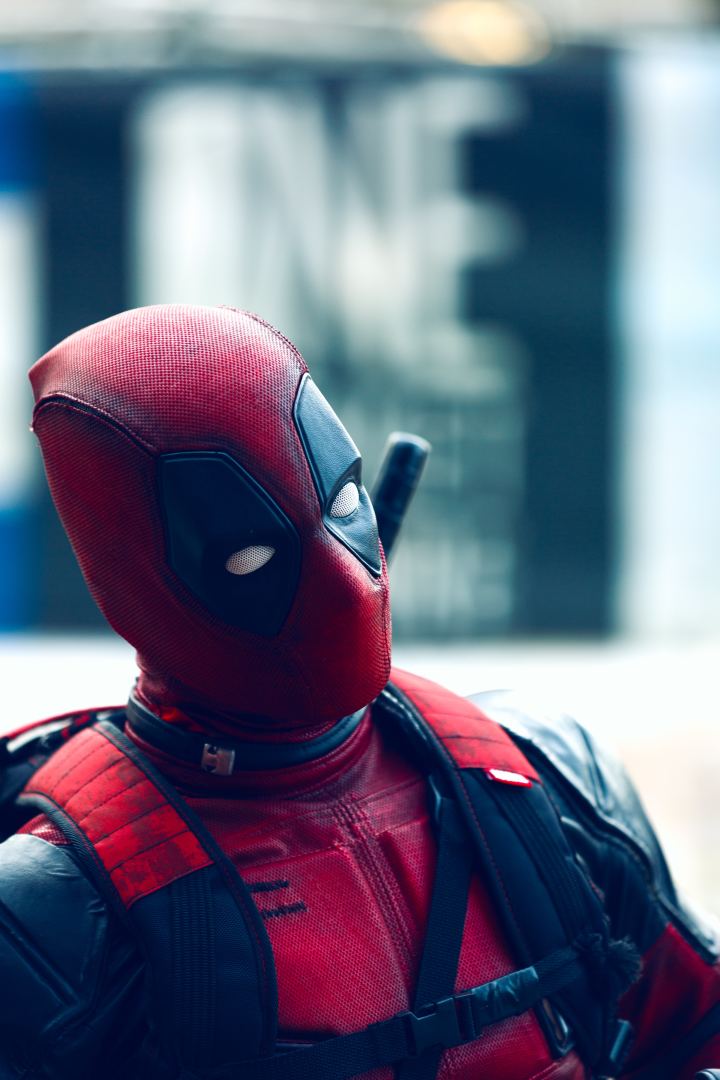 Photo by Ayo Ogunseinde on Unsplash

A lot can fall under this heading, but it's amazing how basic the majority of scams are.

A scam listing usually has language about how the car "was owned by a little old lady who only drove the vehicle to church on Sundays." You think that I'm making this up, but this is literally the oldest scam in the book and if you go to an online marketplace right now, I guarantee you'll find a listing with this language.

The modern scam gets more complicated after that. Sometimes they ask you to pay in advance with the promise that the car will be delivered later. You wouldn't think I'd have to tell people not to do this, but I do.

DON'T PAY unless the car is already there, no matter how great a deal they say it is.

Sometimes they want you to get prepaid cards from places like Walmart and then tell them the number via phone. 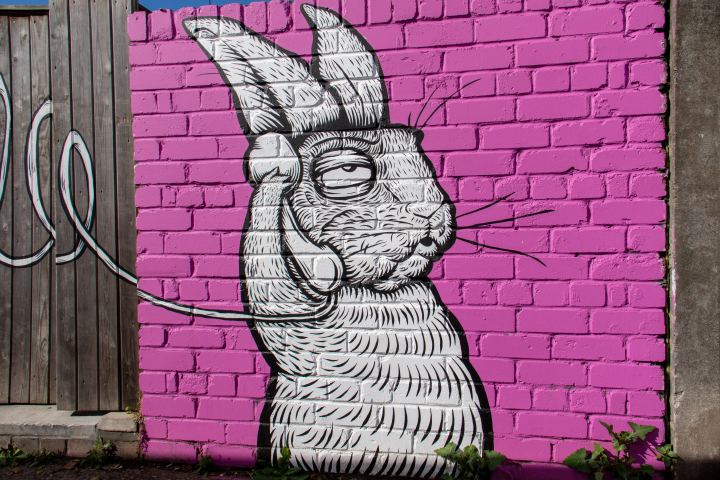 Also, ALWAYS make sure you leave with the car AND the title. Check that the vehicle identification number on the title matches the one on the car. Don't fall for some line about how the title will be "released" in a few days and the seller will mail it.

No title, no deal.

There's no wiggle room on that one. NONE! 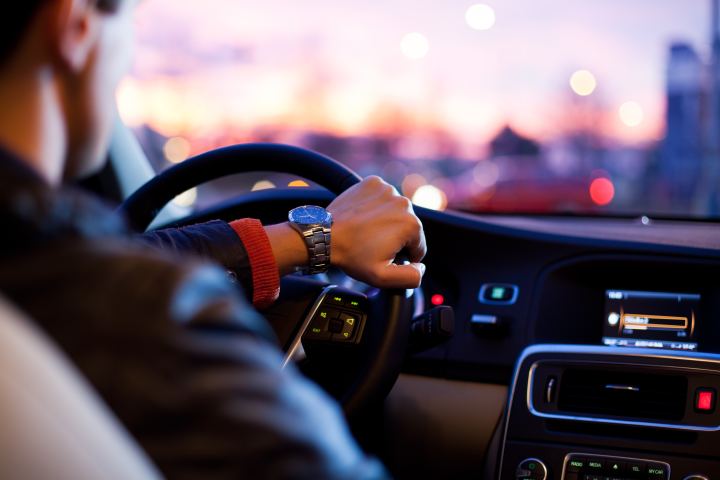 Photo by why kei on Unsplash

Again, you'd think this is obvious, but when people are conning you they can get you to overlook the obvious. Never think you're so smart that you can't get conned, that's exactly what con artists want you to think.

Drive the car to make sure the breaks work. If it's a manual transmission, get a sense for what kind of shape the clutch is in. If the clutch is already slipping, you're looking at a $1,000 repair right out of the gate (or more).

Your test drive is NOT the time to test the radio! Keep the radio OFF! You need to listen to groans, thumps, creaks, and any other noise that could indicate a problem.

Start off slow while you evaluate whether the car is in a good operating state. If the breaks don't work, you want to know it before you're going at high speeds.

If the car seems to run okay, get it up to highway speeds during the test drive. There are plenty of issues that aren't apparent at 25 MPH that become very obvious at 70 MPH. If the motor starts to cough or struggle, or it sounds like somebody is banging on the engine block with a sledge hammer, walk away. 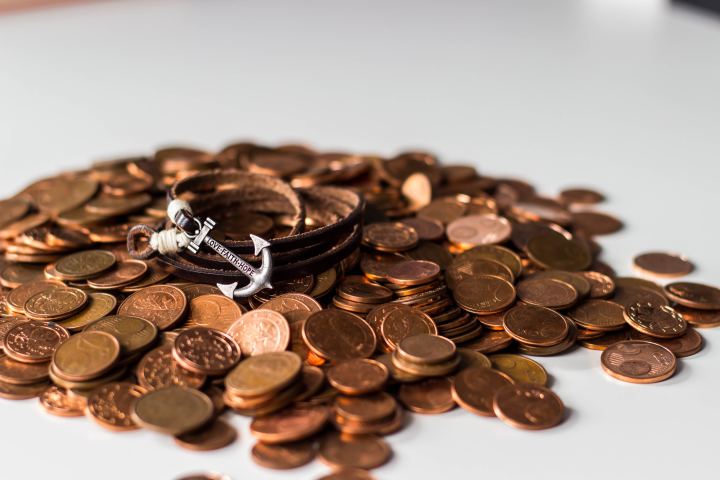 Photo by Jonathan Brinkhorst on Unsplash

I hesitate to even put this one because if you're buying a bargain car, you can't expect it to have very good tires. This is not a deal breaker if the rest of the car is good, but if the tires are bald, you will have to budget for replacements.

If you're looking at a 4 X 4, tires can get expensive. However, a good set of tires is one of those upgrades that turns a so-so vehicle into a very good car.

Sometimes people just get sick of plugging money into their vehicle and they're happy to sell a car rather than get tire replacements. In these scenarios, you can often get a great car that will serve you for a long time once you've added a little TLC. 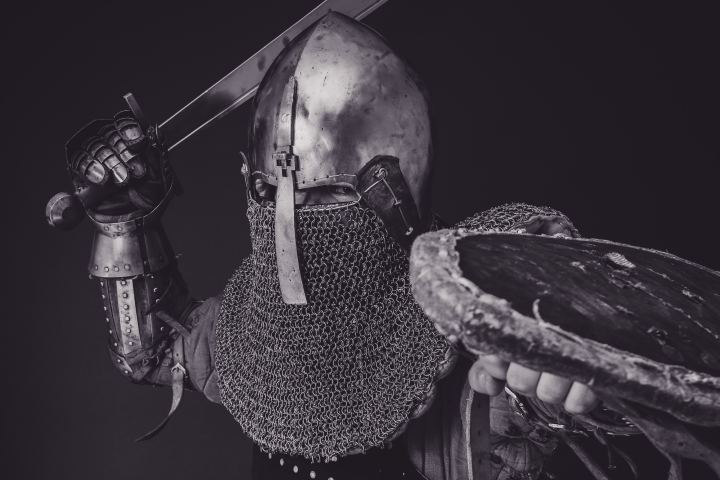 Photo by Henry Hustava on Unsplash

You did it! It's always better to go check out a car with another set of eyes, and if you happen to know a mechanic who is willing to take a quick look before purchase in exchange for a six pack, then do it! The price of that six pack will be the best money you ever spent.

The great thing about buying a used car is that even if you get a total lemon, you can still sell it to the junkyard for scrap and start over. Sure, you'll be out a couple hundred bucks, but that's a lot less than spending 80 grand on a college degree, and you will have actually picked up a marketable skill.

There are plenty of reliable vehicles available in your neighborhood. Take a chance on a used car and discover the freedom of not having a monthly car payment. Trust me, you'll never go back to new again. 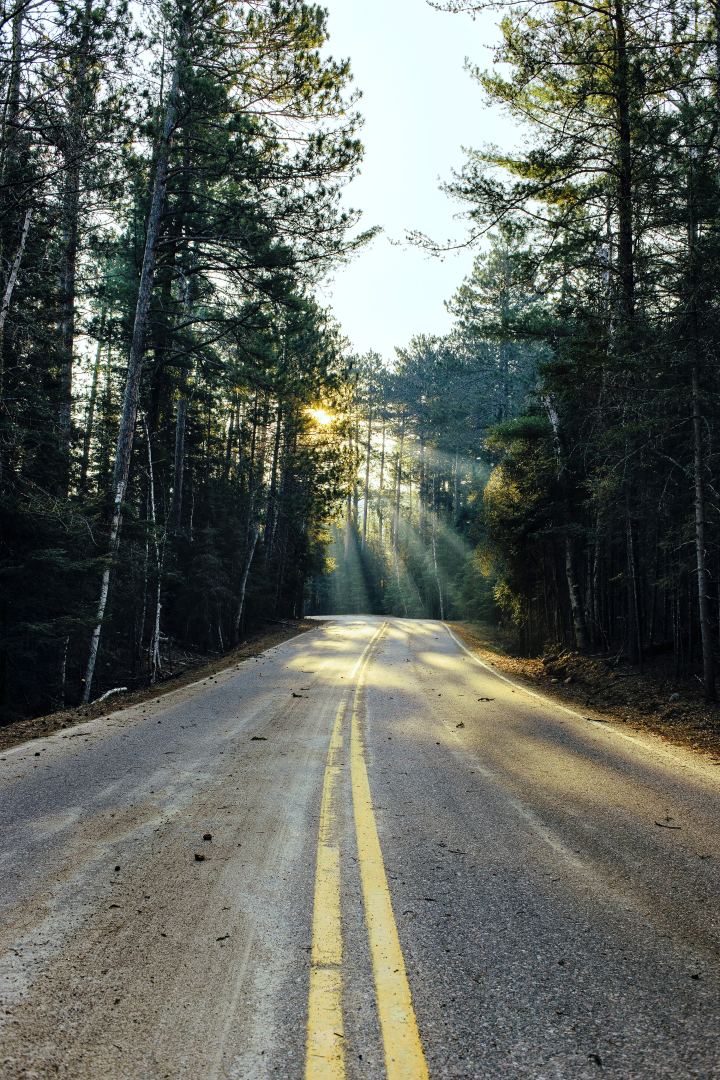