How I Finally Bought A New Car

by Judith Jascha 4 months ago in how to
Report Story

And Lost it in Two Days 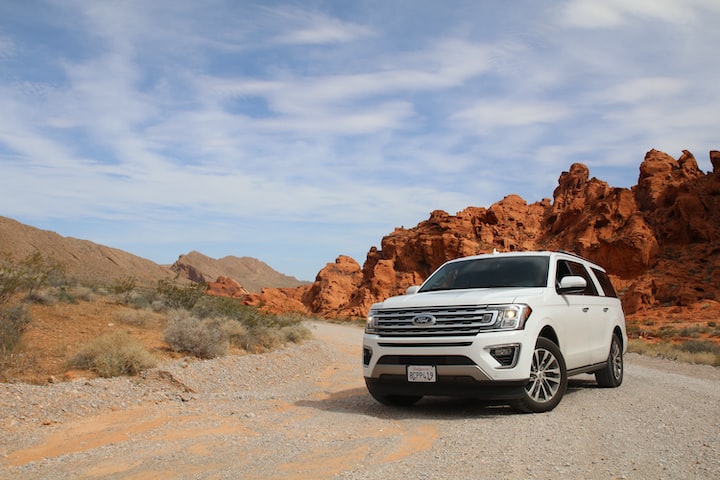 Photo by Sven D on Unsplash

I have been thinking about getting a new car for the past couple of years. My last car was a 2007 Chevy Impala. My dad gave it to me right after my youngest was born. It had been through a lot over the years. It had been through several tornadoes, hit a mailbox, was hit by a couple of vehicles, and got stuck in a couple of small ditches. By the end of its life, I had to tape the windows and glove compartments together, the seats were coming apart, and the seat belt was useless. So at some point I decided, it was time to get a new one.

This wasn’t a decision I came to lightly. It was the first time I even thought to get such a huge purchase by myself. When I bought my first car when I was seventeen, my grandma took me to several car dealerships until I found it. It was a bright red 1999 Pontiac Sun Fire that I lovingly named George. I gave him a $5,000 check, and it was mine. I was so proud of it as I drove it to school, guitar lessons, and church. I felt so cool with the air going full blast and my favorite rock station blaring through the stereo. It was a dream for a first car, as I had long promised myself that I would only ever have red cars.

Of course, I also dreamed of one day having a convertible. My grandma was strongly opposed to that dream, saying that if I were ever in a bad car accident, it wouldn’t be good for me or my head. However, a girl can always dream. I was gifted a toy version of this dream, being told that it was as close as I was going to get to the real thing. I still have that dream, though my grandma’s voice is still ringing in my ears, “Don’t even think about it.”

My pontiac was perfect for a few years. However, there was something I wasn’t figuring in on that day I was looking for a car. You see, George was a two door, not much of a family vehicle. But I grew up and got married. My son was born, then my oldest daughter, and finally my youngest daughter. It grew increasingly hard to fit all of those car seats in the back. Still, we made it work the best we could. Until finally one day, it broke down. This coming at a time when we were struggling financially. I wasn’t working. I was a stay at home mom trying to earn my Associate’s Degree. In came my other protector, my dad.

His wife had been diagnosed with Alzheimer's and was unable to drive any longer. After I explained my situation, he offered to give me that car. I didn’t even know what it was, I just knew that I needed a way to get around. I remember watching him pull into my driveway in it. My mouth dropped. It was red and had a sunroof. Not quite a convertible, but the next best thing. Once again, I beamed with pride and named it George Junior. For the next eleven years, my driving worries were put at rest, minus a mishap here and there. Of course, it got older and life happened. Including one time I made the stupid mistake of putting diesel gas in it. Don’t ask me why, I’m still asking myself what I was thinking.

Finally, I felt that it was time to get something newer, more dependable, and with more space. By then my dad had passed. For the first time in my life I didn’t have anybody to lean on. I thought long and hard about it, as I just now really got my career in a stable and happy place. Monday was the day. I went to a nearby dealership and looked at a white 2018 Chevy Equinox. I know, not red. But I still fell in love with it. After a day of negotiating and keeping my fingers crossed, I was told I could take it home. I was so happy, I made it happen by myself.

Two days later, something happened that I couldn’t have planned. Driving out of my driveway, a leaning tree finally broke off landing on me. After briefly having the car lean to one side and coming back down, I had to get it towed. I have come to the conclusion that life likes having a laugh at my expense. Now I wait to see how much it's going to get it fixed and how much trouble my insurance company is going to give me about it. A part of me feels defeated, maybe it just isn’t in the cards for me. However, another part of me just has to laugh. Yes, this is a major step back, a painful, heart-breaking major step-back. But that’s the thing about step backs. They happen, and you get past them, and if you play your cards right, once you do, you come out stronger.

Mom, sister, teacher, student, writer. I love to touch on all areas as I like to expose myself to new things. My goal is to use my experience to entertain and educate.

More stories from Judith Jascha and writers in Wheel and other communities.