by Bethany Orr about a month ago in motorsports

Come with me on an exhilarating summer nights' drive 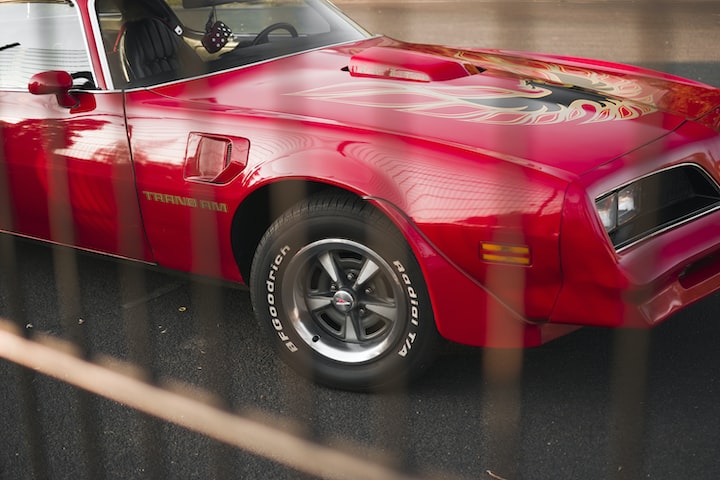 Photo by Reinhart Julian on Unsplash

I needed to get out of the house. Too much chaos, too much noise, and not enough space. I wanted out, and that meant only one thing... a drive. The dark blue Trans Am in my garage hadn't been driven in weeks, and was sorely neglected. The dream catcher on her hood made me smile as I stared at her longingly, the word "Lacey" written in script across her windshield, flanked by crosses on either end. She had been my therapy when my marriage was on the rocks, and though my marriage had been healed, my heart still needed a little mending.

There was a cruise-in tonight, and I decided I wanted to go, and go NOW! I went to my room, opened the box made of shells that my sister had gotten me at the beach, and grabbed her keys. A shiver shot through me and I instantly felt the connection to the car beginning. Freedom. Space. I headed to the garage, telling Alicia I was going to the cruise-in. She grabbed her keys and went to get her own car out. I put the garage door up, pulled the car door open, and felt my pulse getting faster as I got closer. I climbed behind the wheel, put the key in the ignition, pushed the clutch to the floor, and turned the key, making the throaty V8 roar to life. I sighed and let my head rest against the seat with my eyes closed, enjoying the sound of the engine I had built. Not only had it been my therapy during my separation, but it had sentimental meaning to my sister as well, because it had been pulled from her wrecked car just a few years before. The sound of it gave us both satisfaction.

I backed the car out of the garage and put the garage door down, knowing I would be gone for a while. My sister was in her own Trans Am. Dragonbird, as she was known in our car circles; a beautiful, sleek black car with a purple and red phoenix airbrushed on the hood, with a red dragon's eye. The sun glinted off her car as we backed them out of the drive. We took off up the steep hill leading away from our house in the mountains, the sun at our back as we headed down to the city for the cruise-in. The winding road brought a smile to my face as the wind came in through the T-tops, whipping my hair around my neck under my ball cap. I reached down and turned the radio up, feeling the Alpine pulsing the bass around my chest. There was a joy inherent in the drive, and I relished every second of it.

We pulled into the cruise-in and found the members of our car club. We backed in, got out, and began cleaning the bugs off the noses of the cars, bringing out a deep shine... this was where my sister found her happiness. Her Dragonbird was her pride and joy, and she enjoyed cleaning the car as much as she loved the drive. The cars had a special meaning for us. We had met after the demise of her previous Trans Am, a beautiful pearl white car with red dragons, and we had shown our cars many times together. It was rare to find one of us without the other at a show, cruise-in, or any car-related event. We lived to spend time at cruise-ins and shows during nice weather, and this summer was no different.

After we finished cleaning our cars, we walked around and saw some of our friends who frequented the show scene. The evening was hot, but we didn't care. We hadn't seen many of the people for several months. The weather had been uncooperative and shows had been nearly impossible, making my cabin fever even worse. After a bit, we went and got a pair of milkshakes, trying to beat back the heat until we were ready to leave, but knowing that the time was coming for us to head home. The smooth, cold chocolate tasted amazing, staving off our need to bring the night to a close for just a few more minutes, but the sun was beginning to set, so we knew it was time to go.

We got back into our cars and started them up, turning on the flip-up headlights that screamed 1990s like nothing else could, even though the cars are still wildly popular and well-loved. We pulled out and onto the road, heading towards home and drove to the gas station. As was usually the case, some teenagers gathered around the cars, asking what we had done to the engines, who had done our paint, and what our plans were for the night. We finished the conversations and got back in the cars, turning towards home.

The hot breath of the muscle car beneath me pressed against my legs, making the humid southern summer night almost oppressive, even with the T-tops out. As I pressed the throttle, the throbbing exhaust note pierced the quiet evening and let out a satisfying roar as the car surged forward. The mountain road pressed my body against the smooth leather as I rounded a curve, accelerating into the turn. The dark of the night began to surge in as I got ever closer to home, loathing the end of a much-needed drive, but knowing that the hour grew late and that the heat of the day had taxed my body. I could feel the tiredness growing into my muscles as a weed invades a flowerbed, sapping the strength from me. As I slowed to a crawl, put the car in neutral, and turned into my drive, I touched the throttle once more just to hear the roar of my therapy one more time. I pulled into the garage, flipped off the lights, and turned the key, silencing the beast that had reawakened my soul. I could once again hear the crickets and frogs chirping in the dark woods surrounding my home....peace.

Born in Michigan, raised in North Carolina, and now I’m an East Tennessee mom of two girls. I’ve been a mechanic, a truck driver, and a musician, with a passion for cars and music. I’m a breast cancer survisor and advocate!

See all posts by Bethany Orr →