Easy Ways to Get Rid of Odors in Cars

by Iggy Paulsen 2 years ago in how to

Had one too many spills? These are the best ways to get rid of odors in cars without having to go to the detailer.

If you're that person, or if you just want to be a bit subtle about it, show them this list of easy (and affordable) ways to get rid of odors in cars. 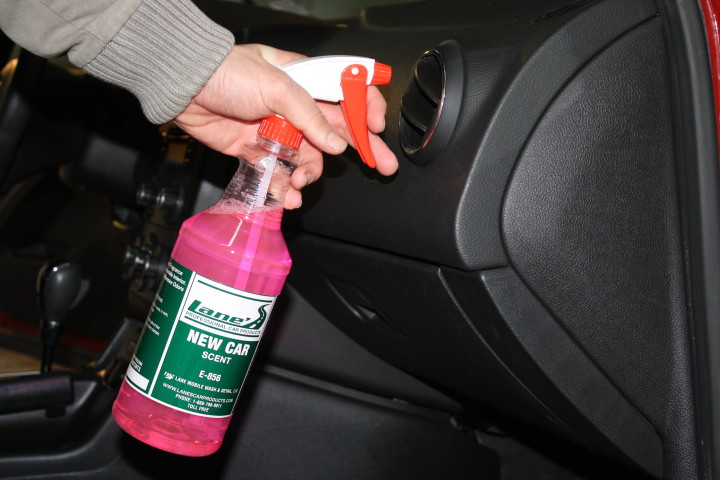 One of the more obvious ways to get rid of odors in cars is to clean it. Much of the stuff that makes a car smelly can be gotten rid of with a quick vacuuming or even just throwing out all those old soda cans, food wrappers, and knickknacks that just tend to take up space.

Just keeping your car clean is a good way to reduce odors in it. In fact, one of the easiest ways to get rid of odors in cars with leather seating is to wipe the seats down with a proper wipe. Plenty of car detailing products on the market can help you DIY this without having too much experience.

Odors tend to get stuck in fabric, so a quick vacuuming with an upholstery attachment will do wonders. If it's really bad, steam cleaning your upholstery may be a good way to get rid of the smell.

Worried that it's too complex? This guide shows how to use Lysol to disinfect and clean out your car's AC, which in turn, gets rid of odors.

Airing Out Your Car

Sometimes, it's not so much about getting rid of smells as it is making sure your car has new air flowing through it. This is particularly true with old cars that have been sitting in a garage for a long time. Therefore, one of the easiest ways to get rid of odors in your car is to just let it sit with the windows down to let fresh air do its work.

Do this for a couple of hours and your car will feel great.

Both charcoal and baking soda are known for being able to eliminate odors naturally. So, one of the easiest ways to get rid of odors in cars is to just drop them in your car and let them do what they naturally do.

Worried about having the charcoal dirty up white seats, or worried that baking soda may get too deep into the upholstery? Get an air purifying bag that contains the mess while keeping odors under control and pop it in the backseat.

Knowing When to Call Someone Up 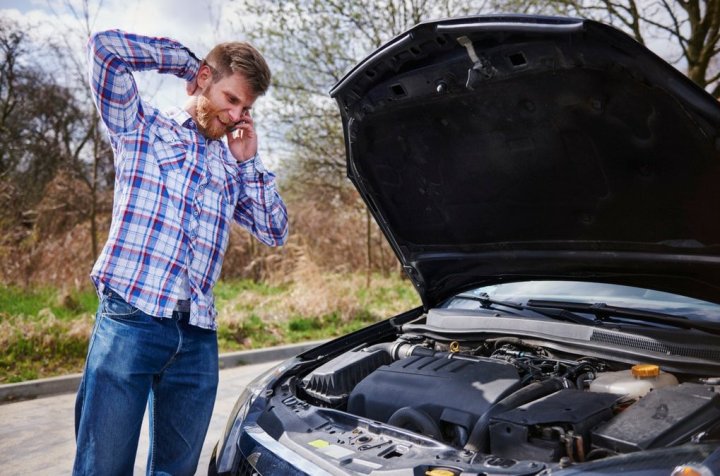 While there are many easy ways to get rid of odors in cars, some odors shouldn't just be covered up. Rather, they are warning signs that something is very wrong with your car.

Some odors are obvious. If you smell gas inside your car, you might have a leak you need to take care of, while smelling burning oil suggests you may need an oil change. If you aren't sure what's going on with a smell, don't panic—just ask a mechanic.

No, you don't need a tacky tree air freshener in order to get rid of that foul smell in your car. There are many ways to get rid of odors in cars that are totally natural and don't involve a dangling object in your window.

The best way to do it is using essential oils.

Most of the time, people end up dripping a little bit of (clear) essential oil onto carpeting. Some also use a bowl of water with a couple of drops, placed into the car to evaporate as a way of getting rid of odors.

Worried about choosing the wrong smell for your car, or worried about oil stains? Don't worry, you can use a clay stone that's had oil dripped on it to diffuse it. If you don't like the smell, just switch out the stone.

My suggestions? Lavender, vanilla, and eucalyptus all smell great.

One of the easiest ways to get rid of odors in cars is to have a policy that bars smells from riding with you. Simply put, if your friends can't figure out how to stay fresh in the summer, tell them that you don't have enough room for them to ride.

Don't drive your car with food inside. Don't let your dog ride with you. If your friend tries to light up, tell them you won't allow that in the car—and if he protests, tell him to get an Uber. An ounce of prevention is worth a pound of cure in these situations.

Japanese car favorite, Carmate, is known for creating some of the most potent car air fresheners in the world. Their BLANG line hooks up to your AC vent and blows beautiful-smelling perfume throughout your car.

Unlike regular tree air fresheners, these don't go bad after three months—and they also don't cause people with sensitive senses of smell to get queasy. They're also really stylish, which makes them great for just about any car you have.

Identifying the Source of the Odor (and Removing It) 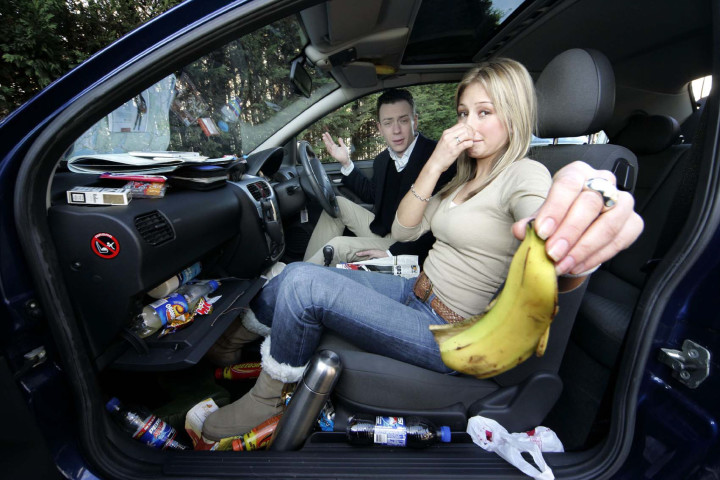 DIY detailing does a lot in terms of ways to get rid of odors in your car, but one of the most obvious aspects is learning where the source of the odor is. If you already know that the reason your car seat cover reeks is because your dog peed on it, there's not really much good that will happen if you clean your car entirely.

If you know the source, focus on the source—or better yet, if you can, replace that part of your car. For example, foul floor mats or a bad smell from your car seat covers? Just toss them out. Your nose will thank you.

Tried vacuuming, cleaning, and even did the whole "essential oil" trick? Still no luck? Well, there are still a couple of ways to get rid of odors in cars that might work before you call a professional odor remover. My favorite? Dryer sheets.

Using them to remove car odor is easy as it gets. If your days of smoking in the car are done, and you want to get rid of the reek, just leave out a couple of scented dryer sheets in the backseat. They'll absorb odors well and will leave your car smelling pretty fresh.