Being a Poor Tesla Fanboy...

by James Crawford 11 months ago in electric

Both literally and figuratively

The look from my 2013 Dodge Dart currently

Every weekday involves a mostly-awakened self getting into his fossil-fuled Dart and heading to/from work in Northwestern New Brunswick, Canada. However, the last one to two years also included Tesla/EV (Electric Vehicle) related podcasts filling myself with hopes of someday owning a Tesla/EV: 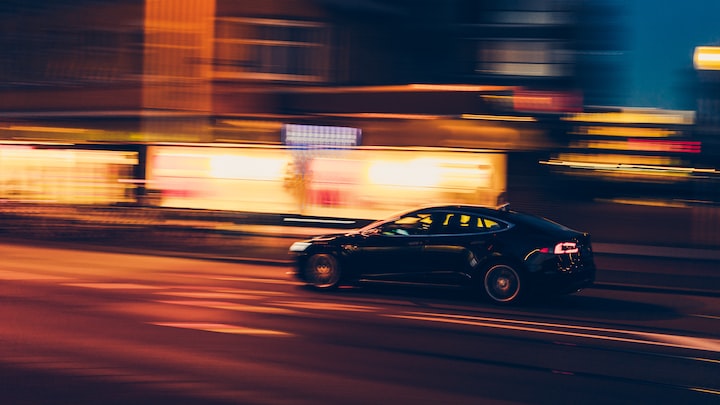 By Jannes Glas on Unsplash

Sadly, these “hopes and dreams” are still a couple years off. Even to get a used Tesla in our good ol' Canadian dollars involves an investment above $40,000. My dreams aren't dying yet though...

Here's some EVs (aside from the Tesla Model Y and Pickup) I'm looking forward to:

Tesla, Rivian and Lightyear are the ones I'm keeping a close eye on. Why? Tesla is leading the way. Rivian? Their accepted investments and partnerships with Ford and Amazon are exposing more and more people to the realism of electric vehicles. Lightyear? Embedded Solar Panels within an electric car. Done right. Allowing your car to not only fast charge but actually (and efficiently) run "off the sun." You may cue that mic drop now.

Some other reasons why I haven't taken the plunge into the amazing world of Tesla owners are due to no service centers in New Brunswick and the robotaxi fleet. Getting enough money rolling in from owning a fully self-driving Tesla will more than make up for the cost of ownership. Mobile Service, if anything like it is in other parts of the world, will definitely be an incredible asset during those unexpected moments on the highways (i.e. that cursed nail that finds its way into the crevasse of your tire tread).

Plus, the upcoming (and hopefully quick to roll out) Tesla Insurance will certainly help with the cost of running one. Given you remain a reasonably sensible driver, your insurance will plummet with all the law abiding driving data your car will send to the neural net as well as Tesla's servers themselves. Having an in-house insurance company deeply woven with the massive amounts of autopilot/FSD (Full Self Driving) in their data warehouses will be proven priceless to Tesla's customers.

As a "techie" myself, I can look at the software-first silicon valley infrastructure that the amazing minds at Tesla has created (yes, Mr. Musk included) and get ecstatic. The only cons with being a not-so-rich person: 1) not being able to currently afford a Model 3 or Y dual motor AWD and 2) the fear of waiting too long as the trending price of FSD continues skyward.

One thing I wish Tesla would eventually offer on their ordering page is a way to see incentives/savings on FSD for the end user's area (based on Postal/ZIP Code). It would take into account the existing taxi (both normal and robotaxi fleets, plus Uber/Lyft) and include the net calculated value with gas savings when showing the net monthly cost of ownership. Revealing the true monthly cost (possibly/probably income) of running a low-maintenance, self-driving fun machine on four wheels would sell even more Teslas. Especially, once the "fleet has awakened" in the next couple years.

By Jannes Glas on Unsplash

For now... I'll keep my dreams and future-tunneled vision whilst I fully pilot my "dinosaur juice" guzzling internal combustion engine. The day will come where I can drive in a quieter, smarter car but go places while doing something completely non-associated with driving. Instead, I could do the following while the car pilots:

The possibilities will literally be endless... when I have the money.