5 Things to Check Regarding the Car Before Winter Starts

by John Rudd 4 months ago in how to
Report Story

It's better to get your car ready for a cold winter 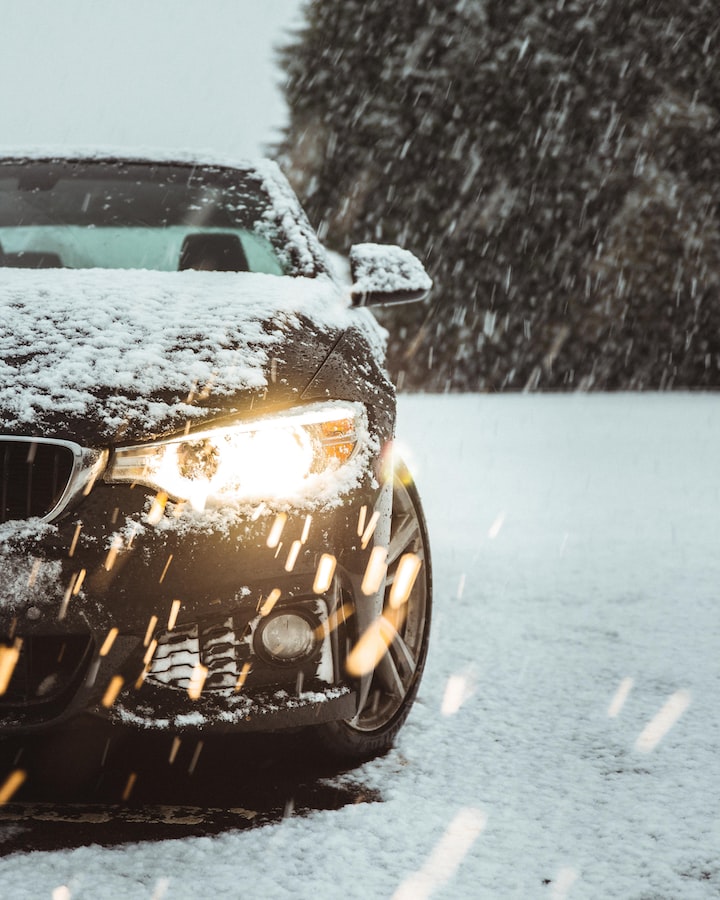 Photo by Danny Sleeuwenhoek on Unsplash

Winter has come to the mountains even though we are in September, and in some big cities, the temperatures have become negative. It is clear that the summer is just a memory, so we must prepare for snow, blizzard, frost, and ice. What do we need to do before the "white hell" begins?

The arrival of winter among drivers is always a confusing event. The snow takes them by surprise, the authorities don't do their job and the streets remain snowy, they run out of electricity or they forgot to fit their winter tires.

Now, we are one step away from the arrival of the cold season and drivers do not know what to do for extra comfort and safety. It is difficult to give up summer habits, and this is a mistake because the behavior of the car changes when winter comes. Here's what we need to pay attention to.

As soon as winter comes, the older batteries start to give way and leave you when the world is dearer to you. At the same time, they betray the weakness and the alternators, whether their diode bridge burns or the coals go away.

So, at the first signs of winter, it is good to go to a car service or an electrician to check our battery and charge the alternator with an ammeter. We can thus find out if the battery is on the dock and if the alternator is charging, taking measures in time so that when the snow is up to the window we do not stay on the road or even in the middle of the road when we are on New Year's holiday.

Many drivers do not realize that with the cold comes a shorter day, with little light. That is, it is dark in the morning when you go to the office, and it is dark in the afternoon when you return home. Then the number of accidents caused by the lack of good lighting explodes.

Conventional filament bulbs burn quite often, especially due to potholes that weaken them and we wake up on the road surrounded by cars that do not stop the brake, positions, low beam, and so on. At the end of the summer, it is good to check all the lights of the car to make sure that the bulbs are good, including the lighting of the license plate.

3. How are you doing with the brakes?

Many mechanics in the service told us that drivers tend to drive with worn plates until they remain iron on iron. Which is extremely dangerous. That's because if drivers don't have a witness on board to tell them when the plates are worn out, they go with them until they start making loud noises.

After all, they don't have time to check them. Ideally, at the beginning of winter, go by car to a service center to check all the important elements, such as brakes, steering, lights, joints, suspensions, etc. But at least check the brakes.

And this is easy: when slowing down at high speed, the steering wheel should not vibrate, which would mean that the discs are ovalized. The wear of the plate and the disc can be checked by the eyes, through the spokes of the rim, or by removing the wheel from the car.

The last thing you want to suffer when the frost comes is to catch yourself with liquids that can freeze in the engine. Specifically, engine coolant and windshield wiper. If you have summer fluid in the windshield wiper, the worst thing that can happen to you is to break the electric motor that takes the place of the pump or to crack the vessel.

Both parts are quite cheap and easy to change. But if your antifreeze freezes, the costs are … different. Many people feel that antifreeze never changes, which is a big mistake. Over time, the antifreeze loses its qualities and changes both its boiling point and its freezing point. Antifreeze freezes when new, say, at -30 degrees.

But after 5–6 years of unchanging, the moment when the chemicals that gave it these properties evaporate and the freezing temperature rises to -10–15 degrees. And so we wake up that, although we have pink antifreeze in the installation, it will freeze in a night with a serious cold of -20 degrees Celsius. We better test it with a specialized tester to know if it needs to be changed completely.

The law does not allow you to drive on a road covered in ice, snow, or ice with summer tires, regardless of the period. Remember that not only snow must be taken into account because winter tires are NOT snow, but … temperature. As the temperature drops below 7 degrees Celsius on average, we have to switch to winter tires.

More stories from John Rudd and writers in Wheel and other communities.