by JM Miana about a month ago in fact or fiction 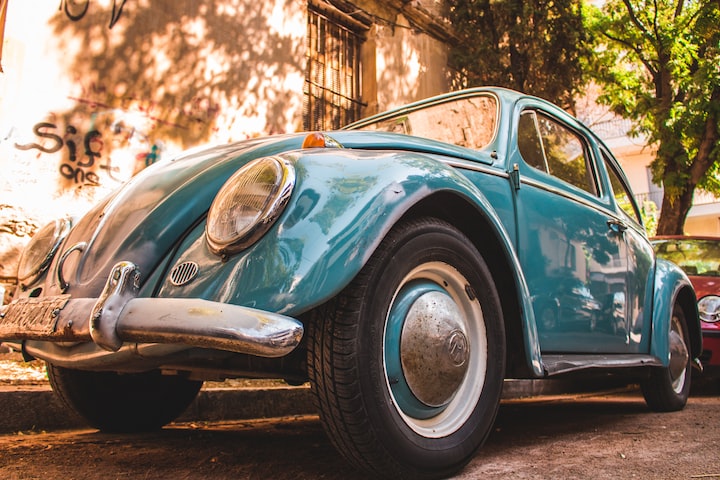 Photo by Arthur Yeti on Unsplash

Today I decided to try Portent’s idea generator to come with an idea for a decent blog post about Volkswagen cars. None of them was good enough for a post, but some of them are hilarious, so I have decided to write some short essays based on its suggestions.

1. How Volkswagens Can Keep You from Marrying the Wrong Person

Yes, many of you will not know this, but Herbie: Fully Loaded is based on the fact that Volkswagens have feelings; and when you enter a new relationship they usually over-protect their drivers. This means that your car will take your potential date on a short trip and interrogate them about their past and their intentions towards you. And being related to the military Kubelwagen, they are exceptional interrogators. If your future spouse holds some skeletons in the trunk your Volkswagen will find them.

2. Why Billionaires Will Never Invest In Volkswagens

And why would they do that? Volkswagen means in German The car of the people, and it is driven around by hippies. It was meant to be an affordable vehicle for the German working class, not some posh limousine for George Soros or Donald Trump. No, the Volkswagen is a car that yells proletariat! to the wind. It’s a car that will last you for decades to come and will always look amazing.

Also, the car mechanics of the world have largely conspired to hide Volkswagen from the rich. We gave them the Bugatti to distract them because we believe rich people lack the refined taste needed to drive a popular classic.

3. Why Volkswagens are More Popular than Beyonce

When it comes to popularity, we must accept that Beyoncé will never be as popular as the lovely Beetle. And never will have as much cargo space in the front trunk or be able to reach 62 mph.

And there is a good reason for that, and the reason is its tiny 4-cylinder boxer engine. Compared to any Beyoncé song, it sounds like heaven.

4. How Volkswagens Make You a Better Lover

Volkswagens are simple and reliable cars. They save you a lot of time, and you can use that time to practice your favorite hobbies, like cooking, playing guitar, fornicating, writing, running, fornicating, or watching a movie, maybe The Love Bug.

Now you are asking yourself if you have read fornicating twice or you have a dirty mind. The answer is both.

And that is probably what most people do whenever they have time, don’t ask me, I drive a Citroën.

5. How Volkswagens are Part of a Vast Right-Wing Conspiracy

Volkswagen may look like innocent and peaceful vehicles, but what most people ignore is that they were created by that German party funded in 1933 that we are not going to talk about here to avoid SEO penalization.

And because of their link with that event, they like to hold secret meetings at hidden garages to discuss their supremacy over other vehicles and contaminate our atmosphere with their Dieselgate.

But do not worry, the Citroën gang represents the French resistance and even counts with their own hero, a 2CV nicknamed The Bagette. He’s training my car in the art of guerrilla.

Also, some of the older units are rebelling against that and creating the Volkskiria, a secret group of rogue Karmanns and Beetles that is working on a time machine to end the tyranny of that man who yelled so much in some German black and white videos.

So there is still hope for Volkswagens.

Did you like this piece? Leave a little tip and share it with your friends. I would appreciate any kind of support.

JM is a Spanish writer who endlessly talks about cars, philosophy, and revolution when he's not playing guitar or practicing Yoga. You can follow him on Twitter to see more content: @jm_miana.

This article was originally published in Medium.

My name is Jose. I’m a Spaniard with a strong curiosity for everything.

I write what I want, I believe in free speech as long as it doesn’t directly attack someone.

See all posts by JM Miana →