by NSanchez 2 years ago in caribbean
Report Story

Not your average tropical vacation 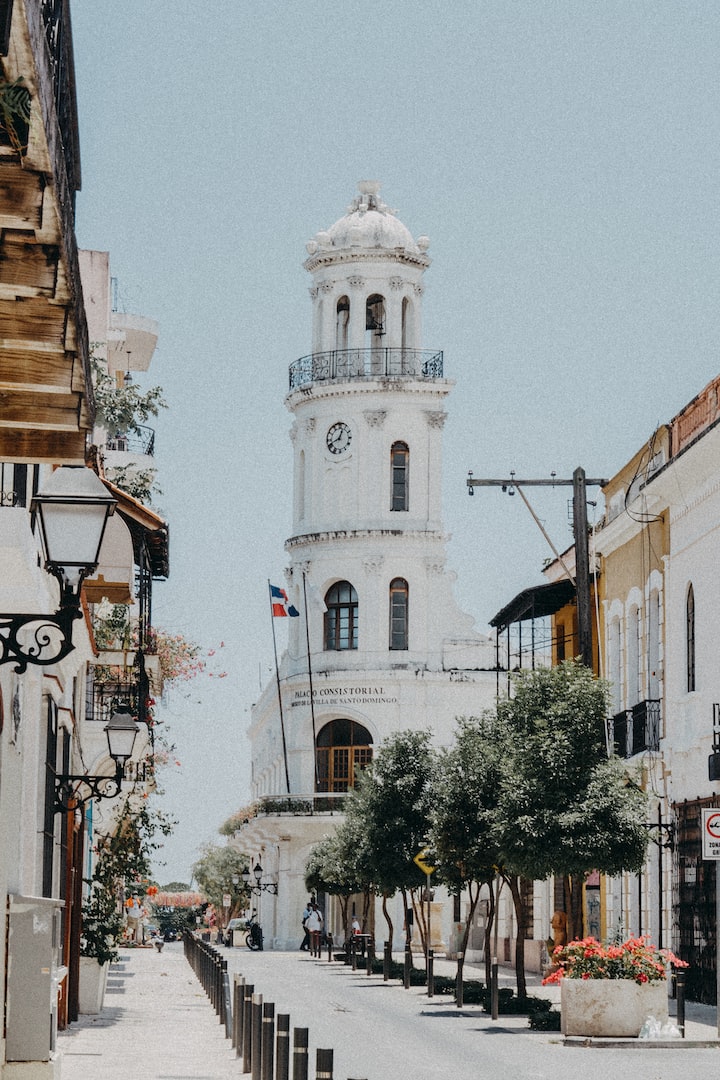 Photo by Asael Peña on Unsplash

There are so many things to do and see when traveling to the Dominican Republic. It's a country with such a vibrant personality and a rich (yet turbulent) history. Many people visit the resorts and beach towns like Punta Cana or Jarabacoa, and while these are marvels of crystal water and ivory sand, fewer folks take the time to visit the capital city of Santo Domingo.

The City That Made Me

I was born at the Centro de Obstetricia y Ginecologia on the Avenida Independencia in Gazcue - a neighborhood in Santo Domingo.

One of the words I remember best from high-school-vocabulary tests is "amalgamation." I like to think it describes me: my ancestors came from several African and European countries. A large percentage from Portugal, Lebanon, and Spain (in particular, the Canary Islands). Some mingled with the Taínos on the Dominican half of the little island (Hispaniola) that we share with Haiti.

I grew up in Santo Domingo and in a tiny suburb of Atlanta, so I guess you could say that I'm a little bit country and a little bit rock-n-roll.

The Gateway to the Caribbean

Many locals refer to the Dominican Republic as El País de las Maravillas, the Country of Wonders. Santo Domingo, however, is known as the Gateway to the Caribbean.

In Santo Domingo, the streets are lined with luscious palm trees full of seeds and coconuts, and clusters of bright magenta bougainvillea. Every side street looks like it's underneath a rainforest canopy.

The west part of the city is a bit newer; there are highways which lead to heavy painted concrete buildings and new skyscrapers that are lined with shiny black glass and are full of colorful European storefronts. You can hear loud conversations and smell the crisp, salty dough of street-vendor empanadas.

The Dominican Republic is not all beaches and resorts. Santo Domingo is one of the oldest cities in the Americas. It is home to the first cathedral, castle, university, monastery, and fortress in the "new world."

You know the kids' rhyme about Columbus? "In 1492, Columbus sailed the ocean blue..."

Well, Bartolomeo Columbus, Christopher's brother, stumbled upon the island in 1496 and dedicated Santo Domingo in 1498, making it "the oldest continually inhabited European settlement in the Americas."

Santo Domingo was the place to be in the 1500s. It was like Quantico, VA for explorers and conquistadors - where all the plotting took place.

Unfortunately, Sir Francis Drake and his pirate cronies captured the city in 1586. They plundered Santo Domingo (even taking the church bells!) and left after receiving their 25,000-ducat ransom. The poor island was left high and dry, making it vulnerable to the French (hence: Haiti).

Dominicans have kept the Colonial City of Santo Domingo (or La Zona Colonial) so beautifully preserved with its original perimeter retained by walls and forts that it was declared a World Heritage Site by UNESCO in 1994.

How to Get Around in Santo Domingo

Santo Domingo is a fairly large and metropolitan city, with plenty of transportation options for tourists and residents.

What to Do in Santo Domingo

If you only do one thing while visiting Santo Domingo, you must:

It was founded in 1498 and is the site of the first cathedral, hospital, customs house, and university in the Americas.

It is a UNESCO World Heritage Site and not only is it beautifully preserved, some of the most amazing buildings, museums, and restaurants are within its walls.

2. Have an Adventure in Los Tres Ojos National Park

3. Learn to Make Your Own Cigars at Caoba Cigars

5. Take In Dinner & A Show at the Microteatro Santo Domingo

A Few Other Things You Must See in Santo Domingo

I may be biased, but there are so many incredible things to see in Santo Domingo.

Watch out for those sanky-pankies!

You can see there is no shortage of awesome things to do, see, and experience in Santo Domingo - and I didn't even mention half.

The food alone deserves its own dissertation (stay tuned).

It's my little country, and it's full of magic and color.

Nikki Sanchez is a Dominican-American millennial blogger with a love for bread and trash television. If you're interested in receiving her newsletter, sign up here. Find more of her work at Good Golly, Mrs. Holley!

More stories from NSanchez and writers in Wander and other communities.