by Gal Mux 8 months ago in africa

By none Swahili speakers 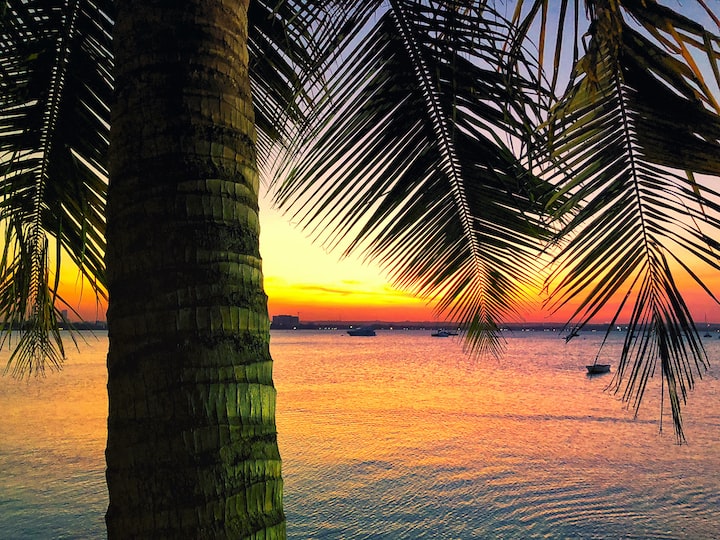 Photo by Rohan Reddy on Unsplash

Even though a Bantu language with its origins in East Africa, the language has borrowed heavily from other languages such as Arabic and English particularly in modern times where native words do not exist for new inventions and products such as calculators, computers, and other technological items.

Spoken by up to 150 million people, according to Wikipedia, Kiswahili is also an official language of the African Union and plans are underway to spread its literacy to other countries in Africa.

You might not be a Kiswahili speaker. You might not even know what language they are borrowed from, but chances are that you might have come across these seven Kiswahili words in your life before.

Because of the character of the wise and respected monkey in The Lion King, who guides Simba to his path as the rightful heir to the throne at Pride Lands, “ Rafiki” is a globally recognisable Kiswahili word.

Kim Kardashian also tweeted about “Rafiki” after seeing a monkey in her neighbourhood that resembled the character from The Lion King.

When you text or talk to your friend next, call them “rafiki” and tell them its meaning in Kiswahili.

Popularised by Disney’s The Lion King, from the memorable scenes of Timon, Pumbaa,and Simba talking about it and singing it, it is a phrase that means ‘there is no worry’.

The phrase first appeared creatively on the song Jambo Bwana by the Mushrooms before it did on The Lion King.

When Disney announced that they were intending to trademark the phrase, it was met with controversy. Especially by Kiswahili speakers who opposed their language being appropriated and commercialised by a corporation terming the move as unethical. According to the guardian, more than 50,000 people signed a petition accusing Disney of “colonialism and robbery”.

You will find t-shirts, mugs, wall hangings and other souvenirs with this phrase in curio shops in many tourist towns in East Africa.

Don’t go around the streets of Swahili speaking countries and start throwing “hakuna matata” around though. It is rarely used in everyday language by Kiswahili speakers — at least in the Disney version.

You are humming the melody of the Timon and Pumbaa song right now, aren’t you?

Don’t worry. Or should I say “Hakuna matata”.

Jambo translates to ‘hi' in English.

‘Jambo sana’ is the answer you will receive when you say ‘Jambo' to someone.

It was popularised by the Kiswahili song Jambo Bwana by The Mushrooms.

No, he is not just Mufasa’s son in the Lion King. ‘Simba' is actually the Kiswahili word for lion.

In this case, Mufasa, the evil Scar, and all the other lions at Pride Rock are simbas too.

If you want to tell someone they are fierce and strong you can tell them they are a “simba”. Meaning that they are a lion. You can also call yourself a “simba” to imply that you are mighty.

Bwana is the Kiswahili word for ‘Mr’.

‘Bwana Joe' in Kiswahili translates to ‘Mr. Joe' in English.

When your husband comes home tonight, throw in the Kiswahili you know and call him “bwana’’ and see his reaction.

This phrase is chanted at the beginning of Michael Jackson’s Liberian Girl .

It translates to ‘I love you too, I want you too my lover’.

Mpenzi is the Kiswahili word for ‘lover’.

When the song was first released in the 90’s, Kiswahili speakers were super excited playing the song on repeat. They were also grateful to Michael Jackson for featuring their language in his music. Because of the popularity of Michael Jackson’s music, this action was a nod to them and it symbolised representation where their language was taken to the world through his art.

Twist it up a little with your lover and text them ‘nakupenda pia' after they text you ‘I love you’ and add some exotic spice to your love life.

It means ‘lover’ in Kiswahili. After being mentioned in Michael Jackson’s Liberian Girl the phrase is able to travel the globe whenever the song is played.

The sexy manner in which Letta Mbulu chants it sells the word. Call your lover mpenzi in your next conversation and let them know of its meaning. Or better still, play the song, dance to it and enjoy it together with your mpenzi.

Did you recognise all seven of them?