The Love of a Daredevil

Some Thoughts on Dave Munday 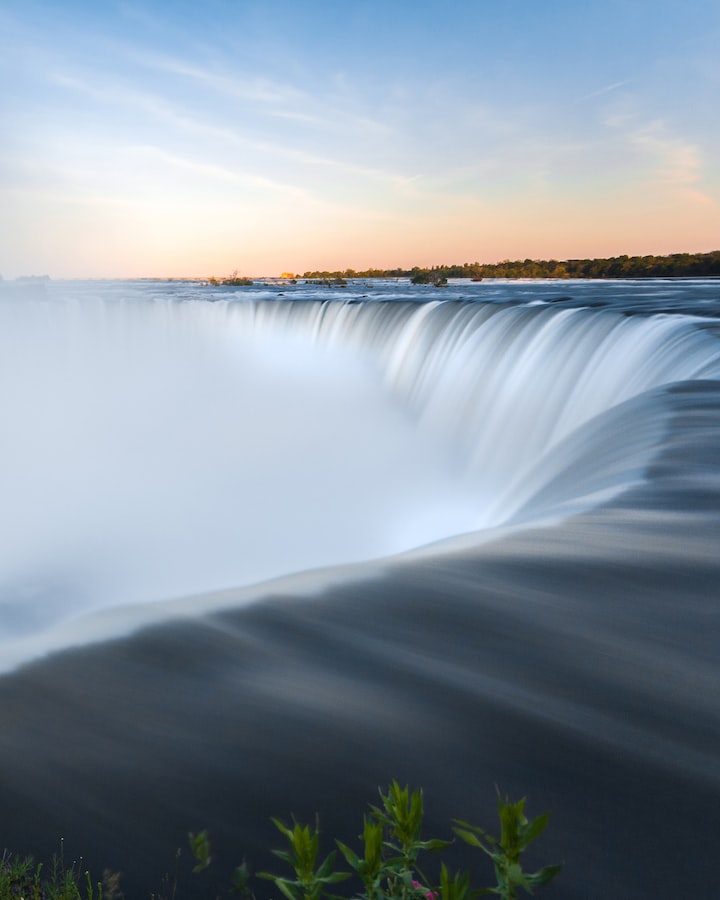 Photo by Alex Conrath on Unsplash

I know, I know…who the hell is Dave Munday?

In order to answer that question, I will have to go back to my childhood back in the awful, ugly and beautiful 1980s. My family took a trip to Niagara Falls sometime in my early childhood and I marveled at the sight of all that water at that incredible height. I noted the tacky tourist traps everywhere and the endless parade of other tourists who were also trying to remember the moment in their cheap camera poses. I was no better; neither was the family. My one memory of the trip there involves posing for a photo with a cut-out of a barrel and pretending to drop over the Falls with my family (a part of me wonders what happened to that photograph). And I even got a hat there.

That hat… That is the reason why I am thinking of Mr. Dave Munday. He went over the Falls (the Horseshoe Falls) twice. His first attempt was stopped by the Niagara Parks Police but he somehow managed to drop into the water with his homemade barrel and go over it on October 5th, 1985. He was the tenth man to survive it and even managed to film himself inside of his vessel. What impresses me now, and I wish I had seen it happening live, was that he became the first man to go over it twice (the second drop was on September 27, 1993, very close to my birthday). He suffered no injuries and only received a small fine for that first stunt, but he continues to haunt my thoughts and inspire me. Let’s take a look at the life of Mr. Munday.

Mr. Munday hails from the small Canadian town of Caistor Centre (always loved that name; almost sounds like Castor – Beaver in French). He was a mechanic who also became a skydiving instructor with 1,400 completed jumps, helicopter and aircraft pilot. But it was Niagara Falls that became a great obsession. He building his seven by four foot barrel at the cost of $16,000 and attempted to go over Niagara Falls before the local police intervened. But he did not give up on his dream and made it over with no injuries. There is even a student film called “Roll out the Barrel” on YouTube that covers his newfound fame as a daredevil (not the best quality – 16mm transferred to VHS then DVD – for 1986).

Ah, a daredevil. Does anyone remember what that term actually means? They were a part of our cultural lives at one point in history (anyone remember the late, great Evel Knieval – watch his documentary if you get the chance: “Being Evel”). I need to remind you that there was a moment when we were all obsessed with these types of performances, to the point where we even parodied their excesses (anyone remember Super Dave Osborne; Bob Einstein, we miss you). And I have to wonder why this was so.

I was a kid of the eighties. We had the first computers for the home, the rise of video-game culture, the first rap groups to dominate the charts, too much money in too few hands, Ronny Reagan, The Day After & Threads, Rubik’s Cubes, day-glow clothes (don’t deny it; some people actually did wear that stuff), and the careers of Madonna, Prince and Michael Jackson. We were not bereft of distractions. I never had a computer during that decade, but I did have a Rubik’s Cube and a Walkman that allowed me to hear all those sounds, and television that allowed all that distraction.

So why did I care so much about Dave Munday?

I could not have articulated this at the time, but he was a regular guy. Caistor Centre was closer to my hometown than Toronto, a blink-and-you-will-miss-it place just like so many others in Canada. And he was my age – 48 – when he took his great plunge.

If he could do what he did…

No, I am not one of those people who ignored the warnings at the beginning of all those episodes of “Jackass”. I did ride the occasional shopping cart down a steep road, or climb trees and other obstacles that were far too high for me, but nothing that compares to the bravery and maybe subtle insanity of the people who dared to brave that endless rush of water and the incredible drop.

Thank you, Mr. Munday. You made one little kid proud.

More stories from Kendall Defoe and writers in Wander and other communities.