The freedom of the flowing waters

by Just Daniel 2 months ago in nature
Report Story 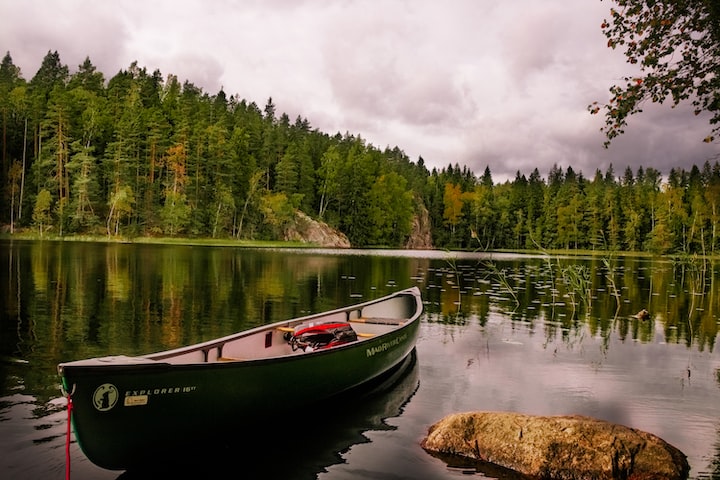 I can't remember the last time I felt free, like really free. It has been so long since I believe I had that feeling, the feeling of being unencumbered by the weight of the world, by everything and everyone around me.

However, now that I think, breathe, and take a step back, I remember that the last time when I truly felt free as when I was in middle school and I joined a summer camp to explore the wilderness with a group of students from my school (who I didn't know and was not acquainted with until this point) to go to the tip of Washington state (not Washington D.C. mind you, but Washington state, a big and beautiful state that is known for its famous apples, Mount Rainier, Mount St. Helens, lush green forests, the Space Needle, so on and so forth), home of the Olympic National Forest and the Olympic Peninsula. The camp that I went to was none other than OPI, or the Olympic Park Institute.

The place was far from any big cities or civilizations, a silent, slow and peaceful place. Yes, peaceful. It had this feeling of calm, but yet humans weren't entirely removed from nature, even though it seemed like nature was all there was at times. And yet, even if this was the case, I would be okay with that. If humans weren't the rulers of this rock in space that we call home and planet Earth, I would be content and always in awe of Mother Nature and all of her wonderful creations.

Here at this place, I had the freedom of running as fast as I could in an open field, smiling from ear to ear as I engaged in a game of tag with my fellow schoolmates, the cool air whipping past me, bringing tears to my eyes. Now I was nowhere near athletic but in this moment where I was just by myself, with strangers essentially, with no family or friends, I felt an extra burst of energy that I had never felt before, giving me life and joy and happy that I was just living, breathing, my chest heaving up and down and my heartrate exceeding 100 beats per minute. It was terrifying to feel this way but at the same time, also exhilarating.

Here in the Olympic Peninsula, at the edge of Lake Crescent, the air was so crisp and clear and pure that all the worries, all the troubles, and the fog that clouded my mind, was lifted and oh how I long to go back to such a time. The time where I felt no hesitation to try something new, to rely on strangers and find within myself, my own ability to help others. We had team building exercises where the camp counselors and us students would get on either side of a large seesaw, but was actually a large wooden board that was reinforced and structurally engineered to withstand a large amount of weight, and try to get it to balance everyone for at least 10 seconds without it tipping or making anyone fall off the board. It sounds easy, but the amount of teamwork, coordination, and effort involved in achieving this feat was greater than any of us could've imagined.

Then there was a demonstration of just the camp counselors and it seemed like in the blink of an eye, they were able to achieve the results. They ere older, wiser, and much more experienced than we younglings, who were just floudering and flailing around like fish that swam too close to shore and were desperately trying to flop back into the ocean. This freedom was bliss.

We trekked through the wilderness, mud sticking to our boots wherever we went. Sometimes we would unexpectedly end up stepping in a mud puddle that was knee deep and well, that would be a story for another time =).

It was just a minor setback though and even though it also rained quite a lot and quite often in the Olympic Peninsula, it was a different kind of rain that we were used to in the city of Seattle. It wasn't dreary, but it was heavy. It wasn't the kind of heaviness that you would carry within your hearts, but rather it felt like your heart and head's heaviness was manifested around you, released! Released and recognized by others around you, and others around you releasing their troubles and gently smiling as they knew you understood them and they, you. It felt heavy with the rumbling of the thunder gods, preparing their fist fight from above, spare lightning spears attached to their hips. The air charged with energy and excitement, a wondrous combination.

And somehow, on the days that we took our canoes out towards the lake, it was calm. The calmness of the waters as our canoe cut through it, silently, surely, fiercely. Our coordinated efforts of going through with a smooth motion of left oars, right oars, left oars, right oars, and then stop. The motion of time just standing still as we still glided into existence. The motion of the birds from above, approving of our progress and existence, being as free as they. The water from the sky doing a small dance upon the surface of the lake, a pitter-patter, pitter-patter. Softly, gently, we drifted into mother nature's embrace. We are free.

I write short fiction when I have time. There are also elements of my life interwoven with fantasy. I also like mystery so enter into the dark, true, and mysterious if you dare...

More stories from Just Daniel and writers in Wander and other communities.