The Delights Of The British W C

by Brian 2 months ago in budget travel

I learned, pretty quickly, the problems involved with her backing onto the very toilet on witch I was currently perched 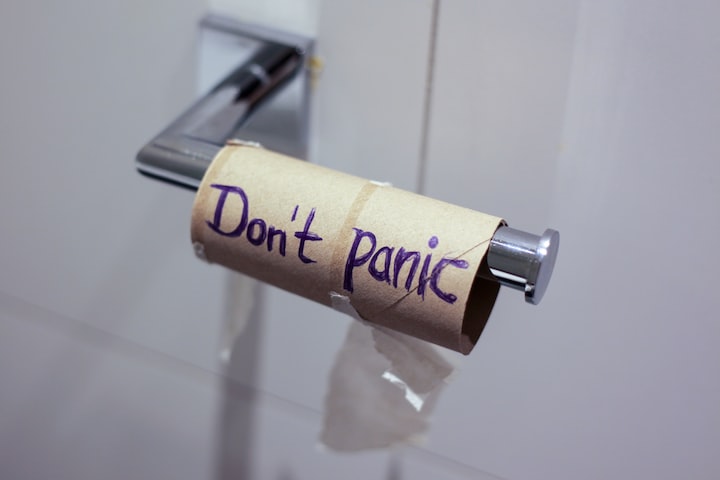 Photo by Jasmin Sessler on Unsplash

My college roommate, Carl and I were taking the big cultural leap that all young people seem to benefit from, travel. After graduating from college and three years of teaching elementary school in the Philadelphia school system, we'd both saved enough money to travel Europe for a couple of months during our summer vacation.

We'd heard that Europe was THE place where we could meet American women tourists who, many traveling for the first time themselves were more adventuresome physically; not being under the watchful eyes of whomever held them in check.

Carl and I thought we may even see some of the cultural sights when we were there--if we could squeeze it in.

The feeling of liberation was powerful to us untraveled 20 somethings back in the early 1970s when we first set foot on British soil.

Carl, we're in a different country!

WHAT A GREAT FEELING!

Our first priority, new continent or not, was to get an affordable place to stay.

We quickly put a few of our unchanged dollars down on two rooms in a rooming house in Paddington. It was he kind of inexpensive place that attracts young people who don't have a budget for anything close to extravagant.

Our rooms were tiny 8'x10' boxes with a twin bed, bureau and small closet.

No bathrooms? But? But? OH--shared, down the hall?

That's not the extent of it. The bathroom turned out to be two rooms; one with a bath and another little bitty one with a toilet and sink called a water closet (WC).

Carl pointed out to me the the English have been going to the bathroom a great deal longer than us Americans and they've built a hellava society. We could certainly put up with this for the week we'd be in London before we took off to see the Continent.

We celebrated our arrival that night by drinking heavily with some female kindred spirit school teachers from Houston, Texas. They were staying at the same rooming house in Paddington.

Those celebratory late nights are usually not appreciated as much the next morning as they are the night before.

My stomach was reminding me of my intemperance around 7:00am.

I was in the tiny WC trying to transfer my lack of control the night before into the toilet.

A naked ass was advancing into the room in which I was ALREADY OCCUPYING.

A quick assessment of the situation allow me to arrive at this conclusion:

The bottom belonged to one of the teachers with whom Carl and I were socializing the night before.

Apparently she felt that she may have trouble turning around in the small room with the toilet.

Seems like she saw the best way she could present herself for the occasion was to check both ways to see if anyone was in the hall.

If the coast was clear, she would hike up her dress, pull down her panties and BACK into the small stall and settle in on the toilet.

Finishing, I suppose she intended to ease out of the still and reverse the process of dressing in the early morning empty hall.

The only thing she hadn't taken into consideration was--ME.

I'm not going to tell you that my life passed before my eyes when I saw that naked buttocks advancing toward me.

I did, however, have the feeling that--NOTHING GOOD COULD COME OF THIS.

I'm not sure but I thought I saw it redden a bit with embarrassment while withdrawing.

These small British WCs are the things that Carl and I, as teachers, should impart to our students when teaching Revolutionary History.

And oh, the teacher from Houston and I kept seeing each other at the normal tourist stops: Westminster Abby, the Tower of London, the Changing of the Guards.... We never mentioned our morning meeting.

A lifetime of being involved psychologically, physically and fiscally.

More, much more when we get to know each other better.

See all posts by Brian →