The American Shock: From Atrocity to Beauty and Back Again

by Mona Lazar 3 months ago in america
Report Story

America is a different planet. 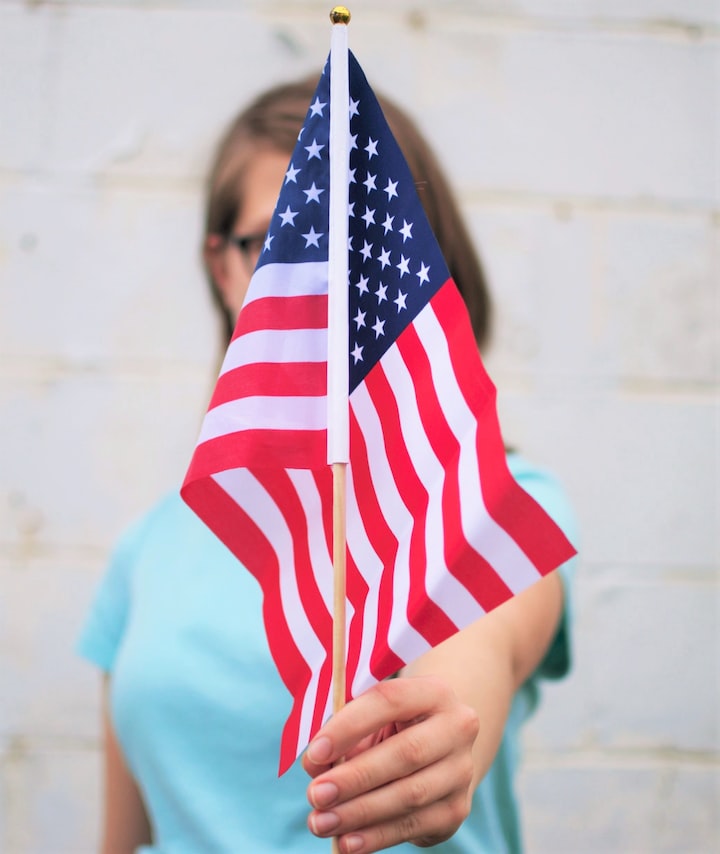 Photo by Isabella and Zsa Fischer on Unsplash

I am not an American.

I am hardly even European. My country is one of those poor Eastern European ones, trapped between the old continent and big monstrous Russia, hardly part of Europe’s culture. A gate between heaven and hell.

But far-far away, across a continent and an ocean, America is the land of my soul.

The first country where I ever felt at home. Where I felt like I belonged. And the most shocking place on earth.

The shock is a mélange of the massive diversity, the sheer atrocities that the American people are desensitized to, the helicopters, the kindness, the hardcore police, the smiles, the guns, the spectacular nature, the drugs, the Wild Wild West as part of day to day existence. No specific culture, but all cultures mixed into one.

America is simultaneously a family and a grave, a dream and vivid pain, kisses and bullets, illusion, harsh truth, and everything in between. It’s anything you want it to be. And everything you hate. It’s you, your crush, your mom, and your enemy all rolled up into one.

Even the very basic experience of walking down the street seemed so surreal that if at any point the houses on the right side would have collapsed like a cardboard movie set, I wouldn’t have batted an eyelash. Actually, I was low-key expecting it.

Whether you are American or not, here’s what the US looks like through the eyes of a foreigner.

It was the summer of 2019. After 18 hours spent on planes and airports, I finally arrived at LAX. I was a happy mess. The airport officials were not. They stopped me and took me to the back room. It sounds like the beginning of a bad movie, but I wasn’t alone. A lot of other people of all nations were also deemed unfit to enter (or some of them even transit) the US.

I was coming to the country for the first time. A woman traveling alone across continents. I suppose it seemed out of the ordinary, so they decided to investigate. That was not the problem. But their attitude was.

They took our phones and treated us like criminals. Harsh, blank faces, zero smiles, questions upon very personal questions, feeling guilty having done nothing. After 2 hours of torture, they let me go. Others were not so lucky. They were turned back to their country after long exhausting flights. Some lost their connecting flight. It was random, sad, and undignified.

And I forgot all about it the moment I left the airport.

Los Angeles looked like nothing I imagined. The first impression was that somebody tried to turn a little fisherman’s village into a town overnight. Houses not taller than a garage with a flimsy roof on top. Dusty and discolored, with huge empty spaces in between. It looked like No Man’s Land.

That suddenly turned into a fairy tale.

As we were driving towards the central areas of LA, the dust turned to luscious greenery. The decrepit garages into doll houses. Each and every one of them with a different architecture, with various pale shades of blue, pink, or yellow. I was in love. Suddenly and irrevocably in love with the diversity, the beauty, the carefully tended shrubs, the glorious flowers, the cleanliness.

I had my head out the window the entire time, like a deliriously happy yellow lab that its humans took out for a ride.

The accommodation was on this little street perpendicular to Hollywood Boulevard. That’s where I had my first encounter with real despair. And real drugs.

Homeless people with empty eyes, wandering the street like zombies. Sleeping with the face on the pavement. Running out into traffic, dancing to music only they could hear. A lunatic asylum, fueled by heroin, crack, and flakka, at every corner.

It felt like in a split second I turned the corner into a parallel world. A universe with no rules. The afterlife of people who, temped by Los Angeles’s seductive allure, came to partake in its glory, but it destroyed them.

I could see myself there, sleeping in a shabby tent, screaming obscenities at passers-by, shaking and unable to look in their eyes, asking for some spare change.

I felt without a doubt that we were one. That any of them could be any of us. In the intoxicating smell of omnipresent weed, there was nothing more unreal than my new heartbreaking reality.

And then, I met some other people. The best people I’ve ever met. They were everywhere. Old ladies paying me compliments for my sandals at the bus stop, men asking me out in the sweetest way possible, polite drivers slowly stopping at a huge distance to let me cross the street, fellow shoppers giving me priority so that I can reach a shelf closer to them. Smiles, straight shoulders, hellos and goodbyes. Feeling welcomed. Seen. At home.

Except that the place I called home for a couple of weeks was overlooking this small side street. Not the best view, but the most interesting one. Every night, this shiny long black car was parked just underneath my balcony. Endless rows of people were coming and going in and out of that car. Guys in dark hoodies, young women wearing skimpy club dresses, everybody and their mamma wearing jeans, T-shirts, turbans, saris, young, old, white, black, Asian, alien, non-binary, you name it, there was a place for everyone in that car.

As I was passionately watching what was happening just 3 flights below me, I knew for a fact that whatever happened, I wasn’t going to recover from this.

I found my drug right then and there. And it was nothing they were selling in that car.

It was the diversity. The contrast. The intense food, tasting hot, sweet, sour, and salty at the same time. The atrocity and the beauty. It was the sun setting over the Pacific, making love to the waves. It was the way everything is broken and the light comes in through the cracks.

But more than anything, it was the polite and warm people with stars in their eyes. Innocent like children, rambunctious like teenagers. Born free. Without the burden of past war on their shoulders. Vibrant, alive, young, naive. Indoctrinated to believe that their country is the best in the world, while everybody else knows it’s not. Except me. I knew at one point and forgot all about it when I met them. When I fell in love with them. And when I was forever swept off my feet by my drug of choice: America.

More stories from Mona Lazar and writers in Wander and other communities.