by Gabriella 5 days ago in family travel / europe
Report Story

It’s about more than the food 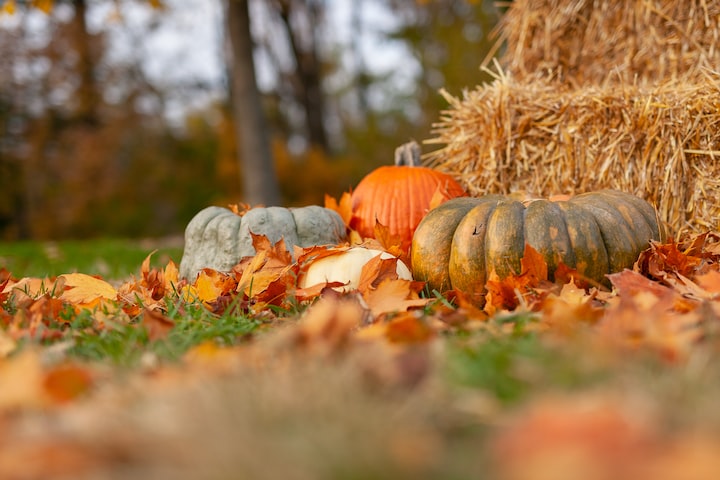 Photo by Joseph Gonzalez on Unsplash

Heavenly aromas filled the air of our Sicilian townhouse with such density you could almost taste them. Conversation hummed in the air, a strange, beautiful medley of Italian and English from our Italian and American guests that was as familiar to me as breathing. After thirteen years in Sicily, I understood both, but I didn't have time to listen much, rushing around as I helped my parents with the finishing touches of the meal.

Already the pies were placed on the buffet across the room, the mashed potatoes were set out and covered, and the platters of stuffing, sweet potato casserole, green beans, cranberry relish, and the partially-carved turkey rested on our groaning kitchen island. Along with the more traditional Thanksgiving dishes were caprese salad (an Italian dish consisting of thick-sliced tomatoes with fresh, round pieces of mozzarella on top, then drizzled with olive oil and topped with basil), and a massive plate of some of the best lasagna in Sicily, made by one of our dearest friends. These, along with a few other typical Italian dishes, were interspersed at random with the other foods, standing out only in the eyes of those who had celebrated Thanksgiving frequently.

As the last-minute preparations slowed, I was able to wander around the room a bit. It was our first large Thanksgiving gathering since the COVID-19 pandemic, and I hadn't seen some of our guests in months. There was very little visual similarity between them, other than their smiles. Some had been to Thanksgiving celebrations before. For others, it was their first time.

As I passed a large cardboard tree cutout taped to a window, I smiled at the variety of the scribbled-on leaves. One of my family’s favorite Thanksgiving traditions is making a “thankfulness" tree. Every year, we would print out a bunch of red, yellow, and pale green "leaves," on which we could write down things or people we were thankful for. We had left the basket of unused leaves, along with some tape and pens, on a small table beside the window. Some people had written the name of their favorite pets. Some had put down their sport; others their gratitude for a specific person in their lives. A few had even mentioned a type of food they loved. However, the most common "leaf" was the one that said, "Spending time with family and friends," or even simply, "Family and friends." These struck me as being the most meaningful.

You see, during the COVID pandemic in Sicily, the lockdown was severe. Leaving the house, even for walks alone, was highly discouraged, unless you were going to the hospital, a pharmacy, or a grocery store. Everything nonessential was banned. Everyone was encouraged to stay completely inside. To drive anywhere required paperwork. At times, the army was brought in, patrolling the city streets to encourage compliance with the restrictions. Over twenty percent of Italy's population is elderly, and a slightly higher percentage than that smoke, leading to high mortality rates. No one knew whether they or their loved ones would see each other again.

At the time of that Thanksgiving dinner, the restrictions had been dropped frequently enough that many people were beginning to relax. The regulations were still beginning to tighten up for the winter, but the worst had clearly passed. That day, we were not only celebrating an American holiday—we were also celebrating being together again.

I believe the pilgrims who began this tradition had much the same view. When they celebrated the first Thanksgiving, they were celebrating both the abundance that they had been blessed with, as well as the fact that they were still alive to enjoy it together. Certainly they had lost many, but after a long season of hardship and famine, it was time to rejoice and give thanks for their abundance.

Oftentimes, the point of Thanksgiving gets buried beneath the mountains of food. The stress of preparing the huge meal, tollowed soon after by everyone stuffing themselves with turkey, potatoes, vegetables, casseroles, and... well... stuffing, tends to take precedence, but this is not precisely the point of this holiday. Yes, food is an enormous part of it, but the true importance of the holiday resides in giving thanks for being together and having enough resources to celebrate.

That Sicilian Thanksgiving celebration feels like ages ago, but also as clear as yesterday. For the holiday this year, my family is mid-transition back to the United States. Although that means we will be celebrating with our real family for the first time in many years, we will not have many of our favorite traditions and the unique variety of cuisine that we did before. Despite speaking about the importance of not being stuck on the food, I have to admit that I miss Nonna's lasagna. However, this time of change and stress has really driven home what makes Thanksgiving meaningful to me. We might be in a new place, without many of our traditions and without our overseas-friends-who-became-family, but we still have so much to be thankful for. We're able to spend time with some of our family who we've only been able to see sporadically in the last few years. We're all together and healthy. We have enough food to enjoy a delicious meal together. I came to realize that the most important elements are there. It's now up to us whether or not this will be an enjoyable Thanksgiving. I believe gratitude is a choice, and today is the perfect day to be grateful.

It’s great to meet you! I’m an aspiring fantasy author who also loves writing about my experiences living overseas. When I’m not writing, you’ll probably find me reading or hanging out with my dog or horse. Find me on IG @fantasticalmusings

More stories from Gabriella and writers in Wander and other communities.