by Kate Bolter 11 days ago in activities 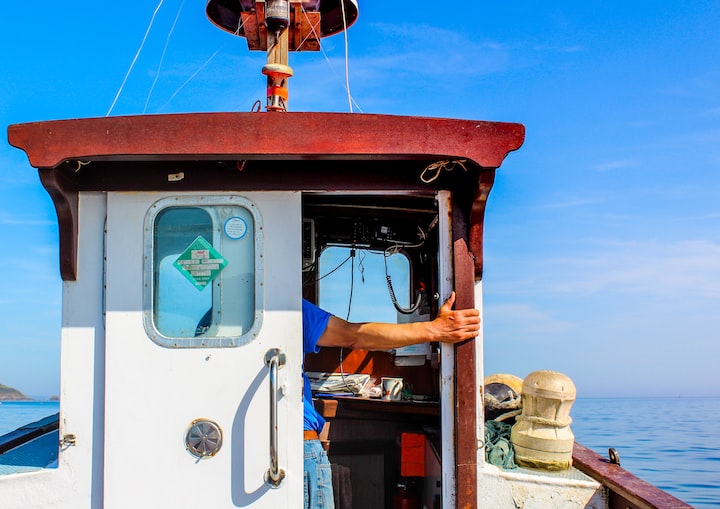 Photo by Leon McBride on Unsplash

“No Photography” the lady at the desk advises.

I look down at my phone then over at the cluttered, dusty entrance and debate returning to the warming autumnal sunshine where my dad and dog are enjoying the view of the calm harbour from the café next door.

I’ve never been interested in fishing, neither have I been able to understand when my dad tells me about all the species he’s caught; the fact that I’ve once referred to them as ‘breeds’ kind of sums it up.

Yet here I am, peering around the dark corner of Polperro’s Heritage Museum of Smuggling and Fishing.

Polperro is a sleepy and charismatic fishing village which has depended on fishing since the 13th century. Fishermen worked from their large sailing boats (known as ‘gaffers’) at sea despite their work day being dictated by the ever-changing weather. Women worked ashore in the factories that lined the harbour where the pilchards were landed. For 3 shillings a night (the equivalent to 15p in today’s money) they salted the fish then packed them up against the walls until a solid bulk was formed. A month later they were packed into hogsheads (a large cask usually known to contain liquid) and heavy weights placed on top drawing the salt and oil out which would be collected to use in lamps and tanning products-gross. The pilchards were traded locally and internationally, when fishing was in its prime; one of the countries of trade was Italy. There were three factories which housed the pilchards and in the 20th century Italian brothers (the Teglio’s) moved to Polperro and leased one as a fish store- today it is the Polperro Heritage Museum.

Within seven years two horrendous storms devasted Polperro, demolishing 30 out of 45 fishing boats, the cost to replace these were almost as much as a house. Many houses were washed away, salt & fish stores destroyed and even the old pier nearly met its fate.

Smuggling also made itself popular within Polperro despite the risk involved, mariners didn’t bat an eyelid given their work at sea was equally as troublesome. Goods such as tea, tobacco brandy and gin were smuggled into Cornwall from overseas as they were considerably lower priced than in the U.K

In 1793 the nepoleonic war dramatically increased prices, even the tax on salt took a hit which equally crippled men and women in the village who depended on the salt for preserving fish and meat for the winter. The price hike sometimes resulted in the men having to dump their hard -earned pilchard into fields as manure because they couldn’t afford the salt.

Prior to this though Polperro welcomed a new resident in 1770 who would change the lives of those locally- originally set out to be a tutor, he soon took the role of organizing the smuggling trade becoming known as ‘the smuggler’s banker’ Zephaniah Job would take ownership of resident’s financial needs including management of farms and properties helping to revive the economy of the village.

Job was also a keen letter writer, keeping copies of most of his correspondance along with ledgers and account books-these can be found in the museum and give a visual insight into his successful yet unlawful business.

The smuggling trade left Polperro with a tarnished name when news spread in 1799 that a customs officer was shot to his death. Having been tipped off that a vessel called The Lottery was unloading contraband goods off Penlee point, the customs officer and his revenue men took to the sea but only got to within 20 feet of the offending vessel when the gunshot was fired.

The Lottery’s story is hidden in a little dark corner of the museum, a kind of eery testament to the late customs officer.

I'm a crazy little 36 year old. Love to write about my travels even though it's been ages since I've been away! (even before Covid)

Majority of my travel was in Australia but also trying to broaden that-eventually!

See all posts by Kate Bolter →