My Favorite Thing About BEing Finnish

by Taru Anniina Liikanen about a month ago in europe

It’s probably not what you think. 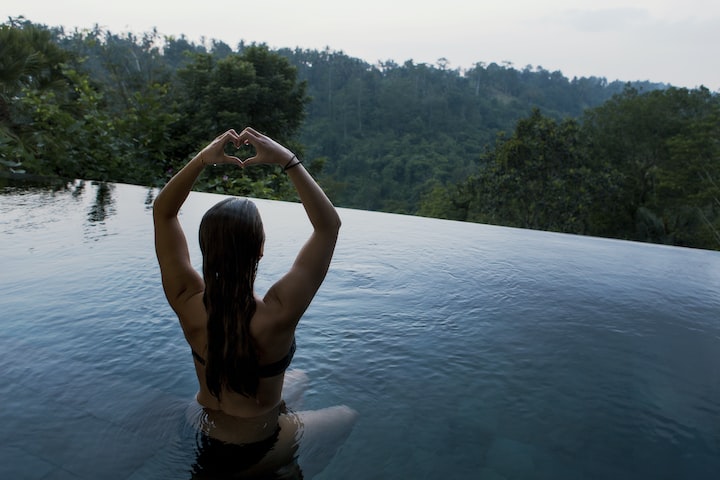 So, Finland is the happiest country in the world, four years in a row. Amazing, right?

There are many things I love about Finland. The amazing social security, the rye bread and licorice, the midsummer nights when the sun comes up at 3 am, and Finnish people’s honesty. The total lack of small talk and polite chitchat when you really want to be quiet. And the natural social distancing we’ve practiced since way before the pandemic.

I hate some things, too. The silence, the long winters, the cold weather, the way Finnish men, can’t talk about feelings without being wasted.

But there’s one strange thing Finland taught me that I really value, that I probably couldn’t have learned in any other place in the world.

It’s nudity. Or rather, a natural relationship with being naked.

It’s getting hot in here

I often joke about my nudity. A friend might make a comment about my skirt being too short or my cleavage being too pronounced, but I’ve noticed I don’t care all that much.

“My boobs are public domain at this point, everybody’s seen them so who even cares anymore?” I say. It’s pretty accurate for a joke, actually.

I grew up in a naked country. A place where nipples and penises weren’t edited out of TV shows, and where we laughed at the Super Bowl #Nipplegate.

“What is wrong with these Americans,” we say, shaking our heads. “They’re so afraid of showing a little nipple.”

(Now, I do have to note that Prime Minister Sanna Marin has been criticized for showing cleavage. It mostly happened because she’s a young woman in a power position, though. It makes people go crazy.)

There are probably many reasons why Finland is so comfortable with nudity, but the most important is that we’re crazy about the sauna.

Finland has more saunas per capita than any other country in the world. There’s one in every house. If you live in an apartment, it either has a sauna or your building has one. There’s a super popular restaurant in the center of Helsinki that’s essentially a sauna.

And a sauna in Finland is not just decoration, everybody uses them.

Families go to the sauna on Saturday night, all together. I think this tradition probably stems from the times when families used to go to the church on Sundays and didn’t have indoor showers yet.

The sauna, usually in a separate little house in the yard, had a stove where people heated the water to wash up and get nice and tidy for the church. Sitting in the heat also helped get the dirt out of your skin after working outside all day.

While families in the United States or in Latin America, where I live, probably don’t hang out naked together, Finnish people do. The last time I was in Finland, pre-pandemic, I went to the sauna on Christmas with my mom, aunts, grandma and cousins. Growing up, I also used to go with my dad and grandpa, and there was nothing weird about it.

The naked sauna is not just limited to family members, either. When you throw a party at your house and you have a sauna, at one point or another in the night you’ll end up using it.

I remember the first time I took my Argentinian ex to a party at a friend’s house in Finland. He, a sociable Latino, was shocked when none of the guys talked to him, so I sent him to take a sauna with the boys, to break the ice.

An hour later, they came back as besties. The sauna had loosened them up and made them share intimate stories about their lives.

Especially for Finnish men, the sauna is a place where you both do business and spill your deepest secrets. It’s the one room of the house where a Finnish man can be vulnerable.

In most situations like this, adult men and women go to the sauna separately, but I’ve been in a sauna with male friends, naked, several times. Nothing sexual happened there. In fact, if you have sex in a Finnish sauna you should probably have your phone nearby to call for some backup. It gets seriously hot, and not in the good way.

Living in Latin America is slowly chipping away at that healthy, natural relationship with nudity.

In Argentina, wearing skimpy or no clothing is common. However, it’s only accepted in certain situations, and it’s always sexualized. I mean, Argentina’s version of Dancing with the Stars included an episode with full-frontal nudity. Only for the woman, of course. There was also dry-humping because, you know, the show is classy like that.

When it comes to being naked in everyday life and non-sexual situations, things are different. I’ve heard some girls in the gym locker room gossip about how some women get naked there, as if there was something wrong about it. They were scandalized because other women were using the locker room for the purpose it was meant to fulfill, getting undressed.

When I lived in Costa Rica, women in the gym shut themselves in the bathrooms to get changed just so nobody would see their naked bodies.

I still get naked and I don’t care about what you think. Men do the same in the locker room, why shouldn’t we? But over time, this kind of thinking does affect me.

Don’t make me cover my nipples

Social media is another enemy to my comfortably naked self. These companies, mostly from North America, don’t even allow women to show their nipples in posts, whether it’s sexual or, say, breastfeeding. The battle of #FreeTheNipple is just baffling to us Finns.

Of course, anybody who’s ever spent time on social media can see that the problem doesn’t apply to everybody the same way. When a male comedian gets naked, it’s funny. When a woman does it, it’s offensive.

It seems to mostly be an issue when the naked person is female, especially if it’s not the kind society deems acceptable.

I have a friend who routinely gets her posts censured by multiple platforms for nudity, even though she’s wearing more clothes than the average influencer. The reason her Tiktoks and Instagrams are offensive is that she’s overweight and sometimes dares to wear a crop top or short shorts.

Nudity is a problem in countries where it always needs to be sexualized and there’s no natural, comfortable way for the normal person to experience it. The person who’s naked should be an object, something out of a magazine. Something flawless, instead of something that just is.

This is where Finns do well. Now, sexism and fat-shaming of course exist in my country, too, and we’re not immune to the Western beauty standards that dictate what women should look like.

But we grew up seeing nudity around us and being comfortable with being naked around our friends and family. Nobody is spared from nudity, and that takes sex away from it and makes it socially acceptable.

There’s power in non-sexualized nudity, and I love it.