Most Remote Island on Earth

Pitcairn Island, "neighbor" to Easter Island is surrounded by scandal and controversy. 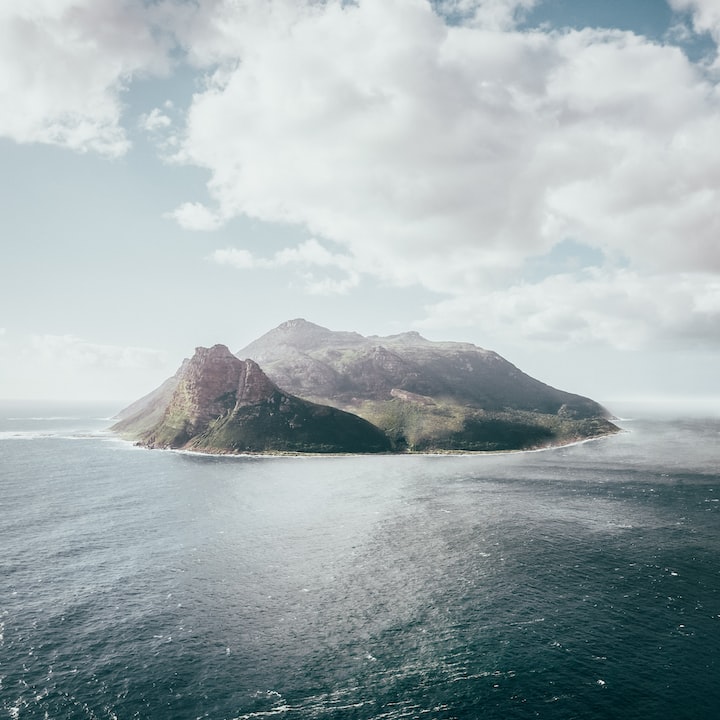 Photo by Benjamin Behre on Unsplash

This story happened on a luxury liner cruise ship, with the wealthiest of wealthy as passengers and the poorest of poor as crew.

Alfred once worked on a cruiseliner which sold passengers on the promise of docking at Pitcairn Island. Pitcairn Island is the third most remote island on the globe. Easter Island, number 6 on the list of most remote islands, was the stop after Pitcairn Island, but no one seemed to care about that. They wanted only to touch the sands of Pitcairn Island. An attitude emphasized by 4 consecutive nights of Mutiny on the Bounty shown in the main theater. Passengers were titillated by tales of the actor, Marlon Brando, marriage to a Polynesian sometime after the movie was made. Alfred supposed it was because most guests were American, in love with Hollywood, and descendants of the British or Europeans. He was none of those things.

When they arrived, the passengers were informed that the newly built dock only accepted military or cargo class vehicles. Cruise class vessels were apparently prohibited. Cruise ship tender boats were also not allowed. Alfred raised an eyebrow. The passengers were crest-fallen. They flexed what muscle they knew best - their wallet. Demands for a full refund were made! Alfred knew it was more likely that the cruise company did not want to pay the high price the islanders were charging. Complications, tensions, and let’s be frank, corner cutting, was often hidden from passengers.

The improvised negotiation resulted in 40 out of the 46 island natives coming aboard to hold a market. At 7am, Alfred leaned over the railing on deck 5 to watch the embarkation. He observed an open air barge float to the cruise ship. The winds and swells stalled the vessel so much that the ship sent a small boat out to guide it. Alfred wasn’t sure he believed his eyes. The barge seemed to be made of tires and planks roped together, nothing more.

His curiosity getting the better of him, Alfred volunteered to set up the market. Along with their wares and products, the islanders brought their most rare asset: 4 children ages 9-12. The children were set to the side, near the smoking area, and chaperoned by the single police woman. Hearsay among the crew was, in 2010 a British court ordered a single policeman to be stationed on the island to monitor the society.

It occurred to Alfred that the passengers were fascinated with inbreeding and interbreeding. The islanders knew this and purposefully brought the children aboard, not to socialize them, but rather to show them as spectacle. The children symbolized the living legacy of mutinous seafarers, their captives, and, well, unfortunate geography. Indeed, the passengers and crew got to meet them, but it had the feeling like we were observing animals in a zoo.

By puberty the children are taken to boarding school in New Zealand, where they are further educated and looked after. At 18 the children have a choice to return to Pitcairn or stay abroad. At least, this is what the honey seller at the market told Alfred. He bought a complex and dark jar of honey. It came with a special certificate that allows transport back to his country. His family in Ghana would wonder why he spent so much money on a jar of honey.

Then Alfred met the children. The oldest spoke and acted like any other twelve year old. The younger children seemed well adjusted. Nothing peculiar stood out to him. Except maybe that they were a touch over weight, which likely meant they were at the beginning of their pre-pubescent growth spurt. The police woman seemed to be enjoying herself, eager for news from the outside world. No one asked about the children’s parents.

The Pitcairn islanders looked jolly, plump, and tanned. Alfred sensed that life on the island wasn’t jolly at all. At sunset, he stood out on Deck 5 again watching the barge of islanders wave, hoot, and holler goodbyes to the ship. The ship blared it’s mighty horn farewell. The passengers waved back to the islanders, in the end, satisfied with bragging rights of another stamp in their passport collected. Alfred made sure to take a photo of him and the island. It would be 9 days at sea until they reach the next site of land, and the 6th most remote place on earth, Easter Island.

Written and researched entertainment articles written by an insider based in Paris, France. Articles have been republished in France, the UK, Australia, the United States in tech, luxury, lifestyle, and entertainment journals.

More stories from Entertainment Writer and writers in Wander and other communities.