Monaco: All the Money in the World

by Ryan Frawley 5 months ago in europe

Wealth and status in the microstate

Even the toilet has a beautiful view. The window is open, and the smell of the bright sea drifts in to mingle with the faint tang of ancient piss. Down below, the Rock, the old citadel of the Grimaldi family, juts out into the Mediterranean. Red roofs glow above the white walls. The sun shines on the sheer cliff face on which the old city of Monaco sits, turning the bare rock a blinding white. I finish and zip up and step out with dripping hands, back into the sun.

A city, or a state, or a city-state, couldn’t ask for a better setting. When the original Grimaldi, a crafty chancer from Genoa, came across this place, he would have been struck by the bright beauty of it, the crumpled white mountains that loom over the crystal clear sea. He would have been struck even more by its strategic position that would allow him to launch attacks against rival aristocratic families in Italy and elsewhere. His descendants still rule the tiny country, completely surrounded now by France, forced like an insect to produce dynastic heirs to avoid being swallowed up by their more powerful neighbour. The world abounds in prisons. At least this one is beautiful. 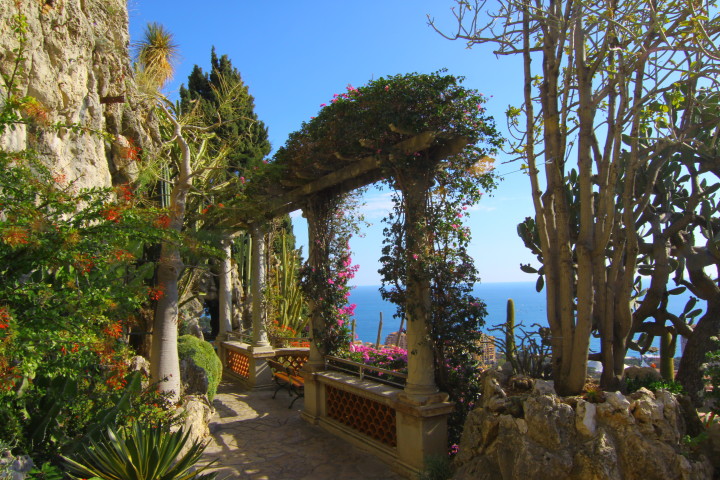 Before France was France, before Monaco was Monaco, before any idea of a nation-state existed, men and women hunted in these rocky crags and fished these jewel-bright seas. There were no borders. They carved tools from stone and buried their dead in caves and sang songs that did not survive. The animals they hunted and the world they inhabited are gone now, too. In a cliffside garden where the plants bristle with thorns, a two-room museum holds the bones of our distant ancestors, their bald skulls decorated with red ochre and seashells as they yawn silently up from under glass. A woman and a child buried together. A man taller than me. Under the sightless gaze of a reassembled mammoth, they gather dust in transparent coffins marked ‘do not touch.’

Monaco is very beautiful. The stones of the old castle look as though they were laid yesterday. The cathedral gleams, freshly scoured to greet the ever-present sun. The old cobbled streets are like those of Nice, of Cannes, of Antibes. But they feel unreal. Europe by way of Disney, or worse, Las Vegas. A street corner Elvis hustling for tourist’s change. The Lamborghinis and Ferraris that roar through the streets only add to the dreamlike unreality of the place. This isn’t a country. It’s a geopolitical oddity. An answer to a trivia question. A playground for the rich of every nation, its harbours bristling with ostentatious yachts all trying to outdo one another.

Of course, the old town isn’t the heart of Monaco. It’s a tiny warren of cafes and souvenir shops designed solely for tourists. The Grimaldis have their palace here, but how often are they home? The Monaco we have heard of, the Monaco we think we know, is down the hill, near the sea. It’s at the casino. 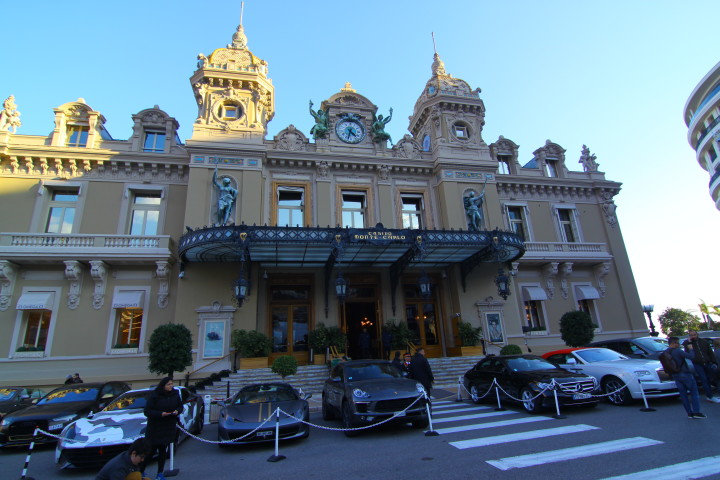 The Monte Carlo casino sits with its back to the ocean. Small turrets sprout from the green-rusted dome of the roof. A huge round mirror on the front lawn reflects the bright blue sky, framed by swaying palm trees. The parking in front is limited, and filled with cars few can afford. Tourists pose in front of Rolls Royces and Porches, snapping selfies as though the offensively expensive cars are theirs. Born ass-kissers, impressed by nothing more than being told that they should be. This sycophantic fawning is the basis of monarchy, so it’s no wonder that the tiny principality encourages this special shade of spinelessness. But I’ll blow five euros on slots just to say I did.

Security guards stand at the top of the steps that lead to the casino’s front door, passing groaning wands over those who try and enter. Not, perhaps, the luxury experience you were hoping for. They have the bored bovine gaze of the mouth-breathers at your local airport, passing their lobotomized stare over a faceless and shifting crowd. Residents of Monaco are prohibited by law from entering. But we pass the test. Zipping our bags closed again, we step through the door into the casino.

It’s unfashionable to criticize the rich. In the absence of any higher morality, getting money becomes its own justification. So go ahead and get that money, if you can. So long as you are ready to acknowledge what that means. You can go to all the charity galas and donate to every fashionable cause you can find, and you’ll be doing far more for the world than I do. But to drive a car worth half a million euros or more is obscene. The rich are welcome in Monte Carlo. It’s their losses at the poker table and the roulette wheel that pay for the upkeep of these beautiful old buildings. And rich people need the excitement. The poor don’t need Monte Carlo. They gamble every day of their lives. Because this is a world where the money flows up, never down, and pretty princesses expire in the wreckage of crashed cars.

The lobby is beautiful, in the way of old buildings throughout Europe. High ceilings. Noble columns. The blue sky outside turns greenish through the stained windows. Fake plants climb the pillars. Perhaps they intended a tropical feel, like the overgrown greenhouse at a botanical garden. It feels more like an aquarium where we swim slowly though the turgid emerald air. But the birdsong is a nice touch. It’s only when you look up, into the cages that hang from the roof, that you see the truth. There are no birds. The hanging cages contain iPads, each overpriced screen displaying a video of a singing bird as it sways from the unreachable roof.

When the lights go out in the museum on the hill, the skeletons don’t come to life. Dead for twenty thousand years now, they’ll stay that way forever, frozen under glass. And the status symbols they accrued in life - seashells and flint tools and carved deer antlers - are locked up in glass cabinets, carefully labeled and artfully lit to be gawked at by schoolchildren who’d rather be anywhere else. For those who will never buy a yacht and sail the French Riviera, there’s comfort in knowing that in the long run, the very long run, all the money in the world amounts to no more than a handful of decorated shells. 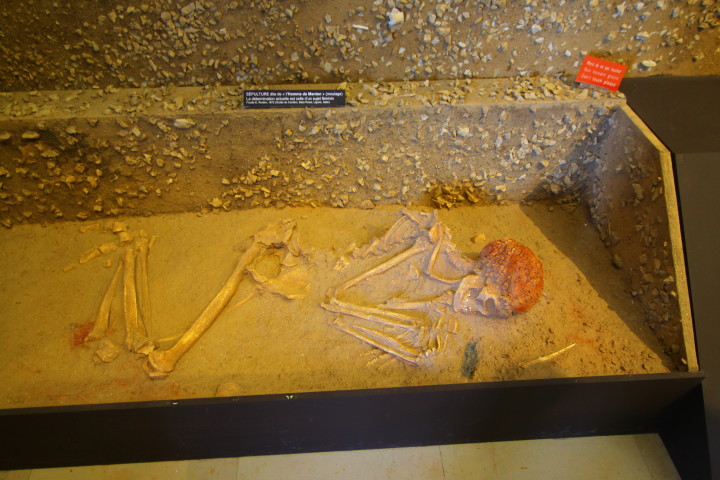