by Ryan Frawley 6 months ago in europe

Drop by drop, your heart fills up.

The train from Antibes to Marseilles takes less than half the time the bus needs, but it costs twice as much. During the time we spent in Juan les Pins, summer playground of the staggeringly wealthy, we were at our poorest. It was the bus for us. Two buses, in fact, from Juan to Cannes and then from Cannes to Marseilles. From there, a train carried us up from the coast, flakes of snow streaking like falling stars past the windows as we rode to Lyon.

Lyon, I've since learned, is one of the world's great food cities. The home of French gastronomy. We wouldn't know. As vegetarians, the restaurants in France were almost universally closed to us. The French don't go in for vegetarianism as a rule. Even the salads drip with duck fat and pig juice.

So we ate Indian food and rode the funicular railway up the hill. Lyon, on the confluence of the Rhone and Saône rivers, has always been a crossroads. The meeting point of northern and southern Europe, where the order and productivity of the North merge with the exuberant joie de vivre (joy of living) of the South. The Romans were here, of course, building stony streets and digging out the hillside to make a theater. The streets are still there two thousand years later, and the theater is still in use, though not in January. The snow of the highlands had melted into a gray drizzle, and we wandered through the ruined Roman town completely alone.

On the same hill the Romans colonized, a great gold Madonna stares down pitifully at the town from atop the Basilica of Notre Dame. The dazzling white church commemorates one of those miracles that seem to have died out in the Internet age. In 1643, when the plague was sweeping Europe, Lyon was saved by, reputedly, the intervention of the Virgin Mary. Each year on 8 December, faithful Lyonnaise would place lit candles in their windows to thank the Virgin for saving them. From this tradition grew the Fete des Lumieres, an event which now draws tourists from all over the world to see the city lit up in an extravagant electrical display.

I didn’t want to go to Lyon. It’s not that I emphatically didn’t want to go. It just wasn’t a city I knew a lot about. Despite the Joseph Roth essays I read about the place, nothing specific made me dream of Lyon. But like everywhere I’ve been in France, Lyon’s charm is slow and pernicious. Though it was once Roman, Lyon was never Rome. It doesn’t bowl you over with soaring monuments and ruined magnificence. Instead, it lulls you so calmly and confidently that you barely notice it happening. Unlocked doors creak open at a push to reveal medieval courtyards and tunnels for you to wander at will. In the square in front of the Cathedral, the Place Saint-Jean, booksellers set up stalls under the watchful eye of Mother Mary. Wander the cobbled streets and squares that were lively even in January, and drop by drop, your heart fills up. 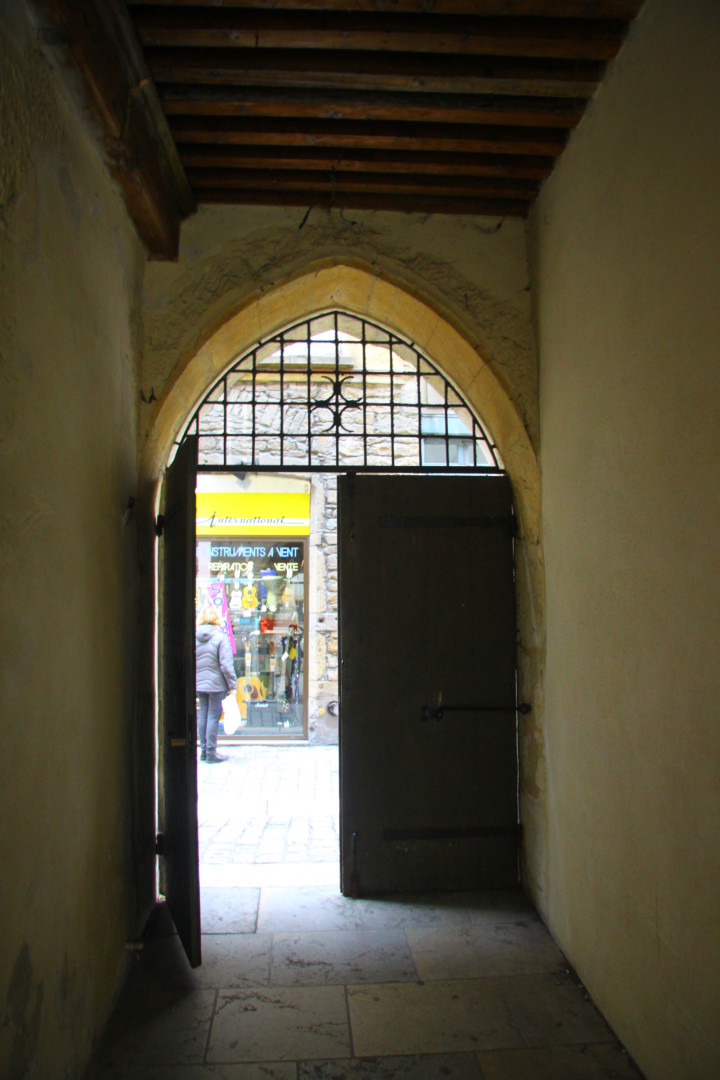 They would ban the squares if they could, you know. Younger, less enlightened jurisdictions already have. The glass-eyed cities of Canada, of America, rarely have a public square that belongs to everyone. Revolutions ferment in such places. Mobs bloom. Slogans are chanted, and royal heads roll. The town square is a dangerous place for the powerful. No wonder they’re banished from modern cities. But in France and all across Europe, the hearts of the cities are open to the sky. Especially in the sunny South, where people live their lives in the square, in full view of their neighbors and the proud sun.

To be clear, Lyon gets its share of tourists. But unlike Paris, it’s not overwhelmed by them. It’s still French that you hear in the squares and on the streets. And the notorious French rudeness - far rarer even in Paris than reputation would have you believe - is absent here. No one goes to Lyon in January. And every shopkeeper and stall holder and restaurant owner seemed happy to see us, happy to share the charm of their underrated town. Lyon is an old city, but it doesn’t feel that way. Its venerable age has made it joyful and bright instead of gray and dour.

We didn’t have long in Lyon. While A braved a deli to get some sandwiches for the train ride back, I bought a plastic cup of vin chaud from a table set up on the other side of the street. And as steam curled from my hand and boozy warmth spread through my chest, I was glad we had come to Lyon. There were no adventures, and no wild stories to tell. Instead, there was just the flirtatious charm of a great French city, smiling shyly even in the rain and beckoning us to return someday. 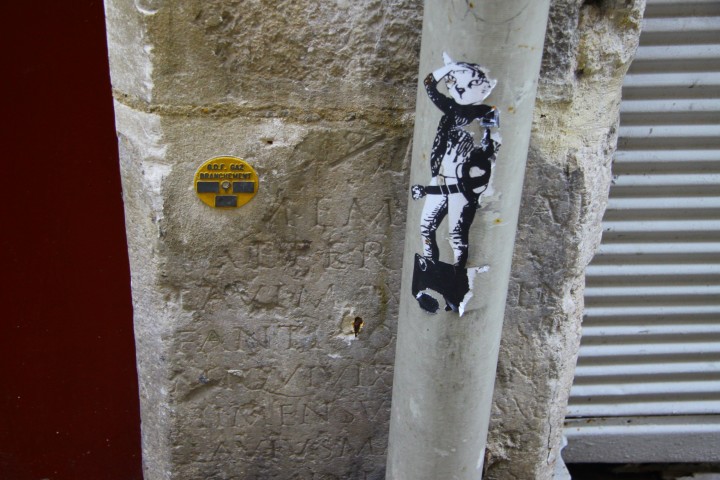