Life at the airport

by Samantha Matis 2 months ago in travel lists

A list of things to know about air travel 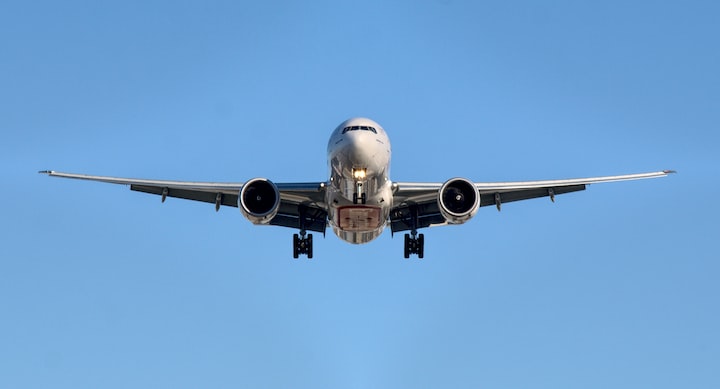 Photo by Emanuel Alexandru on Unsplash

I worked for an airline for 4 years. They were fun, a lot of work, and 4 years of being way underpaid. This is a look at some things to do, or not to do, when traveling by air. All of this is based on experiences while working for the airline. I checked passengers in, worked the gate, worked the ramp, and the baggage office so I have a lot to pull from.

1. Yes, your bag's weight DOES matter.

You go to the counter to check in your bag. It's overweight, and I'm not talking like a couple of pounds over weight, I mean the weight is 50 pounds and you slap your 70 pound bag up on the scale. You're annoyed and ask if the scale is broken or accurate. I can assure you that no, the scales are not broken. They are calibrated regularly because your life, and every other passenger's life, counts on the weights being accurate. There's an entire algorithm that weighs out passengers and baggage. It also accounts for weather conditions. You have to realize you are getting on a vehicle that is defying gravity to fly you through the air to get you from point A to point B. There's a reason they try to get passengers to keep their bag under the 50 pound mark. The more people who adhere to that weight the less bags have to be left behind. I'm not saying don't ever go over, but don't berate the employee for charging the fee or simply doing their job by doing so. Let's also not forget the safety of those employees who have to lift and stack those bags.

2. Don't clip your toenails on the plane..among other things.

I wish this didn't have to be said, but I cleaned planes at night for part of that 4 years and on multiple occasions I had to vacuum up toe nail clippings. Seriously, if you're guilty of this please explain yourself. What about being on a plane seemed to spark the urge to whip your feet out and clip your toe nails? While we are on that subject, please be aware someone has to clean up after you. The seatback is not a trash can. If you need to dispose of gum the seatback is not the place, nor is the seatbelt or the underside of the seat. In fact nowhere is appropriate aside from into a napkin and then you putting your own gum in the trash. If your kid pukes, at least attempt to clean it up some instead of leaving it for that underpaid worker. The bathroom on the plane is also not the place to swap our your bag of urine. It does not need to be in that trash can. Again, an underpaid worker is cleaning that. Yes, all these scenarios are from real life experiences and that's just a few of them.

3. TSA agents are not airline agents.

The airline employees are completely separate from TSA employees. They are part of homeland security, airline employees are not. TSA can't do anything about the airline's policies and vice versa. Airline employees can't force TSA to allow certain things to go through the checkpoint. Which means just because TSA let you go through the checkpoint with your giant suitcase or deployment bag does not mean it is able to be carried on as a carry on bag. It will have to be checked to your final destination once you are at the gate.

4. While we are on the subject of carry ons.

If the airline states 2 carry on bags per person (one carry on bag and a personal item), your purse does count as a personal item and as one of those two items. If the person with you has 2 items and you have 3, handing the third item to your flying partner and then them handing it back after you walk past the agent does not fix your problem. You gotta stuff that third one into one of the other bags or check one of your bags to your final destination. Don't kill the messenger.....

If I heard it once, I heard it a thousand times while working at the airline. There would be a delay and there's always that one person that says "I think they just delay this for the hell of it". While yes, who doesn't love a break, a delay is the opposite of that. In fact, it cuts into break time. The employees just want to work this flight and go home. We see a delay pop up and groan and realize our plans we made after work are not happening. Now we have to reroute passengers and bags, which are all time consuming. If it's canceled, then we have to rebook and find hotel accomodations. Trust me, nothing an airline employee hates more than delayed flights. The pilots hate them even more because it cuts into their bonus checks for the airlines who give those out for on time performance. So if there is a delay just be thankful they are making sure your plane is safe to fly and get you to your destination safely.

You're sitting at the airport in the gate area. The sun is shining, not a cloud in the sky! You're sipping your overpriced latte and chatting with your buddies excited to get where you're going. Suddenly you get an alert the flight is delayed. You ask the gate agent why it's delayed and they tell you it's due to weather. You scoff. "But it's sunny and not a cloud in the sky!" While that is correct, the weather happens at every point between where you are flying from and where you are flying to. Just because it is sunny in your town does not mean it's the same where you are flying to across the country and at every point in between. The plane does have to fly through all of that air.

If it's expensive or fragile, don't check it in a bag. (Unless, of course, it's something that can't be taken onto a plane). My favorite was the guy checking a flat screen TV that assured us it would be fine because he put it in the middle between all of his clothes, even though we assured him it would not be fine. It was not fine. Even if airline employees didn't toss your bag around, the baggage belt system does. There are drop offs and areas they slam into. Plus when it's in the cargo bin it's bouncing around and stacks of bags fall and scatter and slide around. They're basically inside of a snow globe. So if an airline employee advises against checking that item into your bag, you probably should listen.

To add to what not to check, your medications and keys are high on that list. Of course the goal is to get your bag to your destination at the same time you get there, it does not always work out that way. Sometimes it ends up in a completely different destination. Human errors are made, or sometimes like in number one bags have to be left behind. Things happen and if you need your medications or your keys when you get to your final destination carry those items onto the aircraft with you. This dosn't even account for if there is a delay on your lay over and you are stuck over night you can't always get your bag back.

Just because the airport you are flying out of is small does not mean you can be willy nilly with that cut off time for check in. The computer literally will not allow the agents to check anyone in for a flight at the 30 minute mark for domestic travel and 45 for international. That includes your luggage being checked at the counter. If you arrive late, please know that your lack of time management does not equate an emergency on the airline's part. If anything, the smaller airports can take longer because their employees are wearing multiple hats. The same person that checked you in will also be the person working the gate for the flight. You may even see that person go out onto the ramp after closing the doors (That 10 minute cut off is also a real thing and once the door is closed you're at the mercy of the pilot, and usually the pilot says no). The TSA agents also have more time to nit pick over your carry on luggage and reeaaaalllly check your bags. Emergencies do happen and in those cases some employees do really try to help you out. But if you're just someone that was late and yells and cusses at the agent because you feel it's a small airport and that you shouldn't have to worry about the cut off time, you aren't going to get very far with the agent.

10. Your cell phone really does need to be in airplane mode

There's actually very good reason for this. It's for safety. It doesn't affect the equipment perse, but it does get in the way of their communications systems. Which are pretty important. I don't know about you, but I like when the pilots are able to fully communiate with air traffic control.

I hope this has helped inform you of some of the issues you will come across while traveling by air and help make some of those pesky rules make sense to you. Airlines are in the business of travel, but they are also in the business of safety. All of the employees just want to make it home safely and unhurt at the end of the day and want all of you to make it to where you are going safely. There have been deaths of airline workers in various scenarios, some of which were due to trying to rush to get bags from one plane to another to make sure there was an on time departure. Some due to complacancy, and others due to tragedies. Everyone thinks of the crew in plane crashes, but there are other deaths in the airline industry. A lot of these employees are literally risking life and limb to get you and your luggage taken care of. So next time you're traveling through the skies, show some grace to the people who are working if you can and remember those rules are in place for a reason.