by Linda Rivenbark 5 months ago in movie review
Report Story 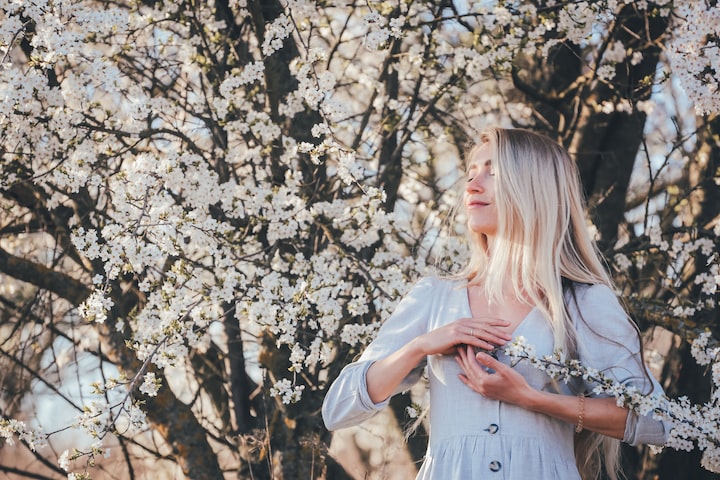 No need to identify a year in the above date.

At least since Medieval times, the first day of May has been the occasion of zesty celebration!

In the 1960s blockbuster movie "Camelot", Queen Guinevere (played by Vanessa Redgrave) sang a song entitled "The Lusty Month of May" in the setting of a royal picnic in which King Arthur (played by Richard Harris) and his Queen were discussing the Queen's encounter with a delightful old stranger she had met in the woods by the name of King Pellinore (Lionel Jeffries).

Guinevere explained to Pellinore, when meeting him in the woods, that the place he had come to was called Camelot.

Pellinore said he had spent a "lovely fortnight once in Camelot with a young chap named "Wart" (nickname for Arthur before he became king of Camelot). He asked if she had ever seen this fellow.

Guinevere surprised the visitor by saying "Constantly, he's my husband. King of all England".

Pellinore said, "The King, you say. Well done. The King. And he knows the name of what he is King of."

He goes on to explain to Guinevere that he left his kingdom sometime back and had not been able to find his way home, nor even remember the name of the place.

The Queen invites him to visit them at the Castle of Camelot, which he did, and he became a close friend and confidant of King Arthur through many tortuous times in Camelot.

But, getting back to the picnic, just as Guinevere was explaining the incident to Arthur, Camelot's newest member, Lancelot (Franco Nero), broke into the conversation and sought an audience with the King.

Arthur told Lancelot to forget business for the day and celebrate because the Knights and their ladies were feasting, singing, swinging, playing games, picking flowers, and making all sorts of merriment in honor of the first day of May.

I find it comforting that the movie began in a happy place because soon Lancelot and Guinevere fell in love with each other and had to choose between betraying the King, whom they both loved, and meeting in clandestine places and times or parting ways and Lancelot returning to France.

I first saw the movie "Camelot" when I was in the 11th grade of high school and was captivated by it. The movie began with the above-described, light-hearted episode but the mood soon changed to conflict and sadness that led to Arthur's "round table" being destroyed, his kingdom plunged into war, and the two people he loved most (Lancelot and Guinevere) banished to separate places.

The bright spot at the ending was when a lad who looked to be around 10-12 years old approached King Arthur during a pause in the battle and asked to be allowed to join the King's Round Table as a Knight. When asked his name, the lad replied that his name was Tom. The King asked where he was from, and the answer came "Warwick".

King Arthur told him to kneel down, took his sword (Excaliber) and dubbed the lad "Sir Tom of Warwick. When asked how Tom knew about the Round Table, the lad replied that it was "from the stories people tell".

"From the stories people tell, you wish to be a Knight". "Yes, Sire!" replied young Tom.

The newest knight of the broken Round Table was loudly commanded by an almost giddy, broken King to "Run fast, behind the lines. Go home and tell everyone you see the story of Camelot. What we did will NOT be forgotten."

The weary, disheveled, broken-hearted King Arthur heard the voice of Pellinore asking who the lad was. Arthur replied that the lad was one of what we all are...a single drop in the ocean of life. "But some of them sparkle, Pelli, some of the DO sparkle".

Everyone who hears the story of King Arthur and the Round Table learns that the tales were passed down by word of mouth for hundreds of years before any written accounts were produced.

Many movies and Broadway plays in various countries and languages have told the story of King Arthur, Queen Guinevere, and Sir Lancelot. The 1967 movie "Camelot" was classified as a Musical, but the story was beautifully and dramatically performed by unforgettable performances and cast members.

A movie you (or at least I) can't watch just once. Why not search online and find it to watch in the lusty month of May?

More stories from Linda Rivenbark and writers in Wander and other communities.