I Left My Heart In Kerry, Ireland

by Ilana Quinn 6 days ago in europe

Welcome to my favourite place on earth 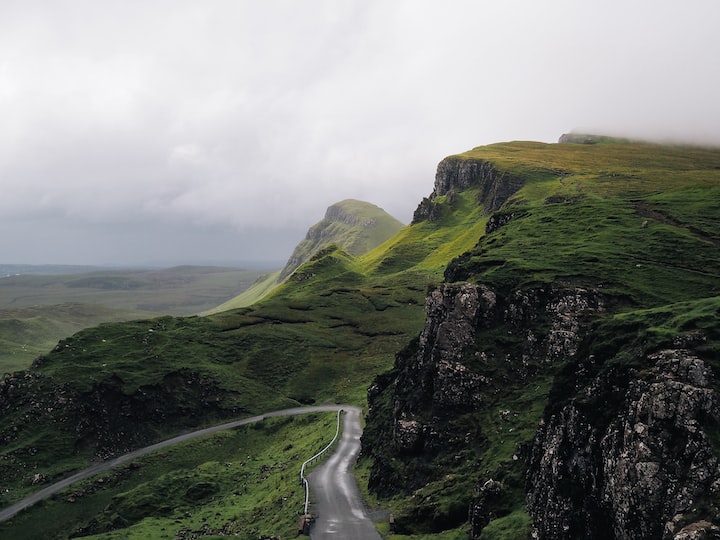 Photo by Andrew Ridley on Unsplash

There’s an old Irish adage that goes: “There are only two kingdoms, the Kingdom of God and the Kingdom of Kerry.” The words appear on a shiny plaque in my grandparent’s guest room. Whenever I see it, I am reminded of the rugged cliffs, salt-laden breeze, emerald fields and ancient, oak forests of southwestern Ireland.

Kerry is a place I’ve almost memorized by heart: like the beloved tune of one’s favourite song. I’ve travelled to the fertile coasts of Ireland multiple times throughout my both childhood and teenagehood, attaching nostalgic memories to it. Whenever I smell the earthy aroma of burning peat or watch waves catch sea foam along the beach, I think of Kerry.

My grandfather — or Seanathair; which means “old father” in Gaelic — spent his formative years in Kerry before moving to the neighbouring County Cork, finally leaving behind the land of his youth for North America in the early 60s. Despite building a life for his family in Canada, he has never forgotten the irreplaceable charm of Ireland; sharing the beauty of his home country with his children and grandchildren, and God willing, his great-grandchildren.

Whenever I visit, I find myself agape at the tranquil maturity of the towns and “cities” dotting the coast of Kerry. Although new infrastructure and a bustling tourist industry have, in recent years, increased the modernity of Kerry, it remains quite unchanged. In fact, whenever I return, I am transported back to the days before the still celebrated Oliver Cromwell’s invasion of Ireland, when the Irish were dispossessed of their land, becoming England’s first colonial project.

But in Kerry, it feels as though the turmoil of the past few centuries never transpired. Celtic, stone-walled forts sit against the backdrop of sprawling green hills and packs of sheep. The best dairy products you could ever find grace the aisles of grocery stores and vendors, many of them being passed down recipes from generation to generation. Romanesque cathedrals imbued with incense and glowing wax candles sound calls to prayer throughout the day, bells ringing across the pastoral countrysides.

One of my favourite places in Kerry is the Great Blasket Island, or An Blascaod Mór in Irish. It is surrounded by the turquoise-green waters of the Atlantic Ocean. While it was originally home to Irish-speaking inhabitants, many of whom produced literature based on their experiences, it has since been abandoned, leaving behind the ruins of stone houses and a white-walled café for tourists.

Recently, there was a job posting that went viral searching for caretakers to work and live on the island for the next year. Thousands of people applied, and when you witness the breathtaking views encompassing the site, it makes sense why such a position was so vied after.

After you board a ferry, you’ll climb the gentle hills of the island. Once you reach the top, you can gaze down into the sparkling waters, or take a walk around the entire island.

When we first visited the island quite a few years ago, we packed some sandwiches and a thermos for a picnic on the white-sand beach. My brother and I also rolled up our jeans and waded into the ocean. Waves crashed around us, and before long, our parents called us back to land. Don’t expect it to be warm, though. The Irish Sea is famously biting cold.

After visiting An Blascaod Mór, I find myself drawn to the ruins of medieval castles stretching across the peninsula. One such castle I instantly fell in love with is called Ballycarbery Castle.

We visited at dusk when the sky was painted gold and rose by the descending sun. Trekking across the fields, I dared to climb the ruins despite my family’s protestations. Eventually, my brother and father followed, but my mother remained behind—preferring to gaze at the dark silhouette of the castle against the sunset.

Unlike many of the other castles you’ll find in Ireland, this one seems to have been left untouched by contractors and restoration teams. When you walk among the ruins and gaze through the windows carved into stone, it feels as though you are living among those who first inhabited this place in the late Middle Ages.

According to Trip Advisor, another fence was sadly erected around the castle to keep trespassers out. However, you can still admire the view from afar and it’s free to visit.

Unlike Ballycarbery, which is mostly undiscovered by tourists, Killarney is one of the most popular towns in Kerry. On any given day, I hear American and British accents, along with a multitude of different languages, floating across the pubs and narrow sidewalks.

After arriving by train at about noon, we like to settle into one of the pubs and order some stew and soda bread. Traditional bands play at night and pubs aren’t too busy at midday, so it’s usually a quiet lunch.

If you’ve never had it, soda bread is perhaps the most delicious and filling kind of bread ever invented. Soda bread is best eaten when accompanied by soup, salad or stew, and is sometimes baked with walnuts and other nuts.

Following lunch, my family and I rent bicycles from one of the shops along Killarney National Park. Then, we enjoy the sprawling gardens and meadows surrounding the beautiful Muckross House and Gardens, occasionally getting lost along the multiple paths that weave around the park.

You can also rent a bike from the town centre before cycling into the park, passing the memorial dedicated to Hugh O’Flaherty, the Kerryman and priest who hid thousands of Italian Jews and British airmen during World War II.

Every time we visit Killarney, we purchase wool sweaters and ice-cream from the shops around the town centre. It sounds paradoxical to purchase both, since Kerry is often misty and cold, even during the summer. But it’s become a family tradition, resulting in an overflowing collection of wool sweaters and impossibly high ice-cream standards.

Tralee is perhaps nearest and dearest to my heart. Because my seanathair went to school in Kerry’s capital and cherishes the time he spent there, it has become like a second home to our family. Even though his own ancestors are from Cork, he still calls Tralee home.

My days in Tralee are slow and peaceful. I begin the day with a cup of tea — usually Barry’s tea, which comes from a family business founded in Cork — then stroll over to St. John’s Parish for morning mass. It is a beautiful cathedral with stained glass windows and paintings of the stations of the cross.

After mass, I have yet another cup of tea at one of the hotels and tea parlours that surround Tralee’s City Square. Then, I saunter over to the famous rose garden, where flowers of pink, yellow, red, orange, and white bloom during the warmer months. The park is the perfect place to walk, read, or journal.

While there are many memorable things to do in Tralee— like visiting the Aqua Dome, the indoor water park I was obsessed with as a child, or attending one of the many exhibitions at the famed Kerry Museum — I am most fond of hiking the surrounding trails and paths. There is no clear walk I follow, I mostly just walk wherever my feet take me, sometimes reaching the beach or discovering the ruins of another castle.

At the end of the day, we attend one of the Irish dance or Celtic music shows at Siamsa Tíre. The music is delightfully contagious, and I am often tapping my foot and humming the tunes as we exit the theatre.

On other nights, when the Rose of Tralee Festival is in town, we frequent the outdoor music festivals and watch the fireworks as they illuminate the night sky. We also enjoy the many temporary carnival rides that can be found on the streets and in the park.