How To Travel with Kids

Traveling with children is like anything else in life – failing to prepare is preparing to fail.

Imagine for a moment you’re standing at the airline ticket booth. The ticket attendant asks you how many people are in your party and you say three – yourself, your husband, and your three-year-old daughter. You hand over your passports, relieved to have finally made it to the front of the line. The ticket agent looks at you perplexed. “Where is the third person?" he asks. Sure enough, the little face that you had constantly been checking on to make sure they stayed right by your side has disappeared. 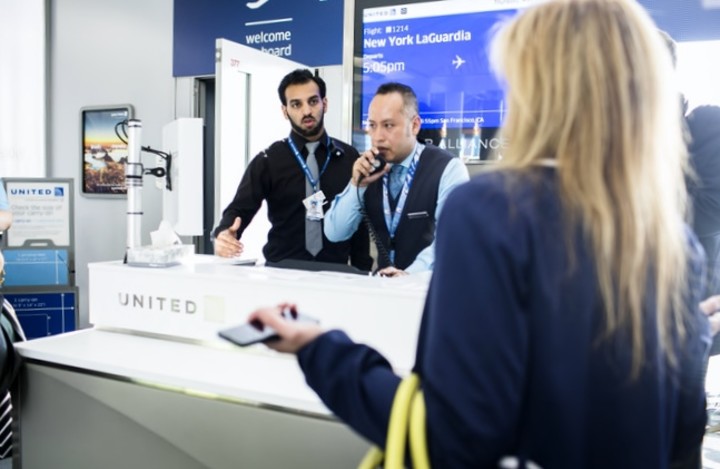 All you want to do is check in

You look to your left, and you see little feet dangling where luggage is weighed. You recognize those shoes. You bought them yesterday. Now you’re flustered. You run down the ticket booth and grab the protocol offender, getting ready to let her know that walking off is unacceptable. But you look down at your right-hand and notice you’re still holding one of the passports. Everyone is looking at you because you’re holding up the line. Clearly, their eyes tell you, you can’t control one kid. You take a deep breath, and you head back to the ticket agent wondering if the rest of the trip is going to be like this. This was me with child number one. 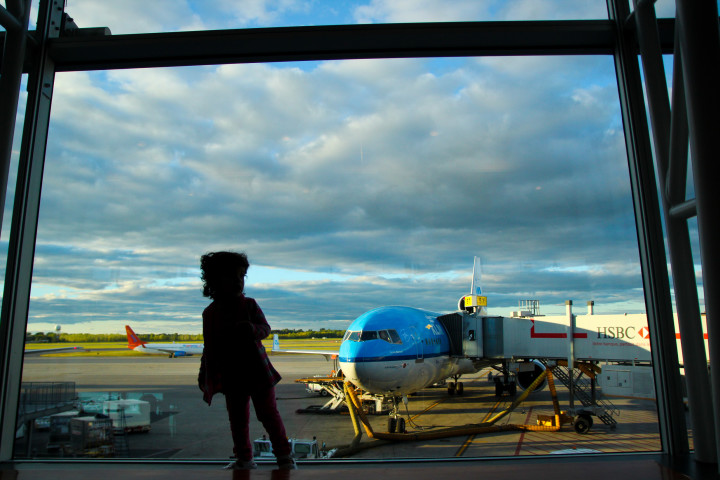 All she wants to do is see the planes.

I’ve given birth to a wanderer, and despite my best efforts explaining the importance of staying next to me, every chance she got, she would try to wander off. It was the discovery of a child leash that saved my sanity. The same child it turns out was also a talker. I remember being on a four-hour flight when she wouldn’t stop talking and I wouldn't stop praying the flight attendants wouldn’t get so annoyed that they just land the plane and kick us off. 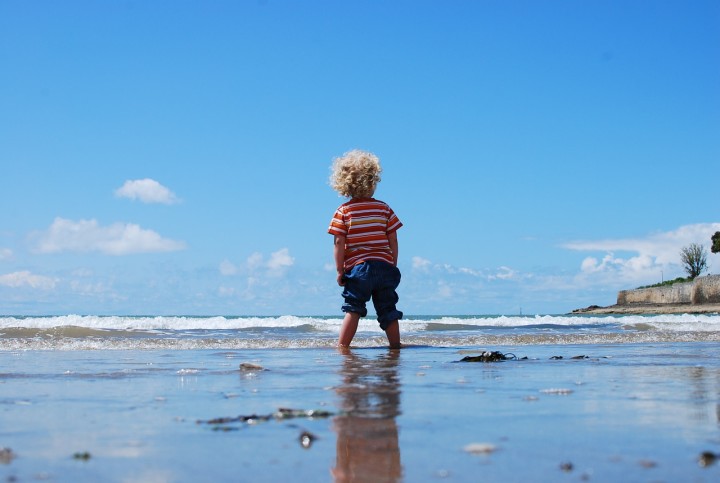 Every child has a different personality.

What you learn traveling with kids is that personality matters. If kid number one was a fire that had to be doused, kid number two was a log you had to light a flame under. His low-key personality made it very easy to travel with him. He didn’t disappear, he didn’t talk on the flight, and didn’t have a whole host of demands. He did, however, suffer from respiratory challenges. 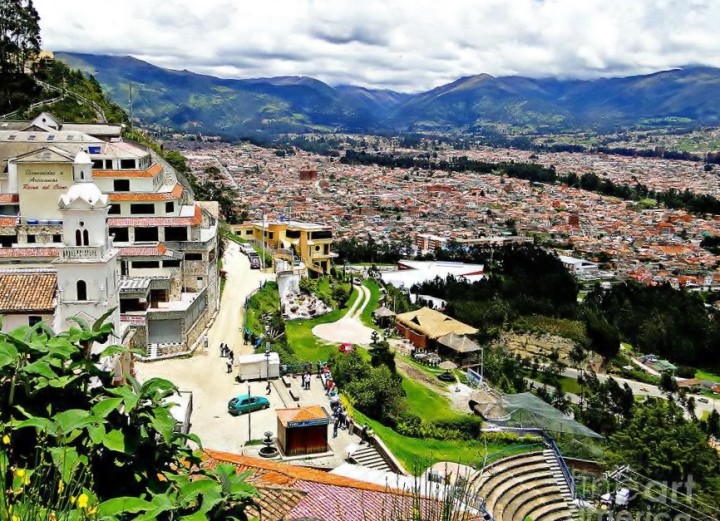 On one trip, we decided to go to Quito, Ecuador which is 2850 meters above sea level. To give you some perspective, New York City, where I grew up, is at sea level. We did read about people suffering from altitude sickness, but the symptoms seemed mild and temporary. Not so for my son. As soon we got off the plane he said his head hurt. Ten minutes after we landed he said he couldn’t breathe. Thirty minutes after we landed we were at the private hospital. 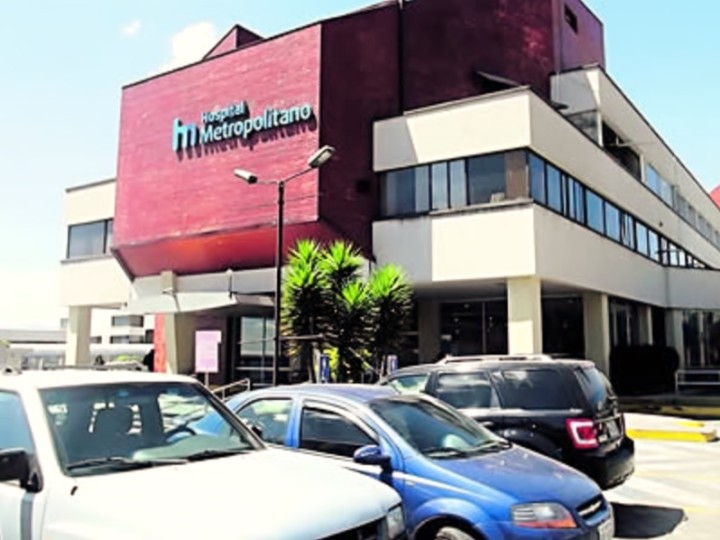 The doctors there diagnosed him with acute altitude sickness, and he ended up staying for three days hooked up to an IV. We planned on staying in Quito for several weeks and then going on to Cuenca, however, given the severity of his altitude sickness we left for Cuenca early. At 2500 meters above sea level he was able to function better in Cuenca then he was in Quito. When it was time to return to the United States, we had to go back to Quito to catch the flight. We made a mistake taking a bus from Cuenca to Quito.

A sick child on a bus is no laughing matter. 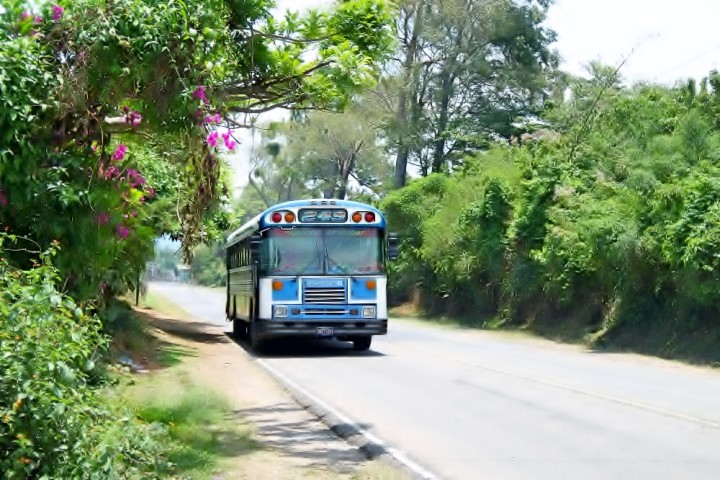 The bus from Cuenca to Quito takes you up into the mountains. As the bus started to climb, my son began to throw up and spent likely the most miserable six hours of his life. We won’t make that mistake again. Now we’re on kid number three and seasoned veterans when it comes to traveling with children.

Let me share some tips with you that I’ve learned throughout the years so that you can have a safe and stress-free family travel experience.

1. Be very honest with yourself about your kid's personality. 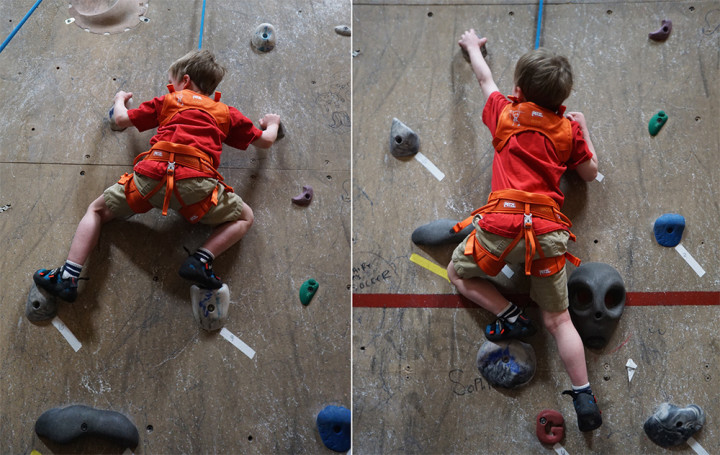 Some kids need to just move!

Their personality will guide your travel decisions. If you have a little one who just can't sit still, consider overnight flights or very early morning flights what you can get them to sleep during at least part of the plane ride if you’re flying. If you’re taking a bus, you should consider an overnight trip. If you’re driving, it just depends on how much you can tolerate.

At $15, there’s just no reason to endure the stress of looking for a child who has wandered off. Plus, some of them even come with cute little backpacks. Multi-use!

3. Have a consistent system when traveling to make the logistics manageable. 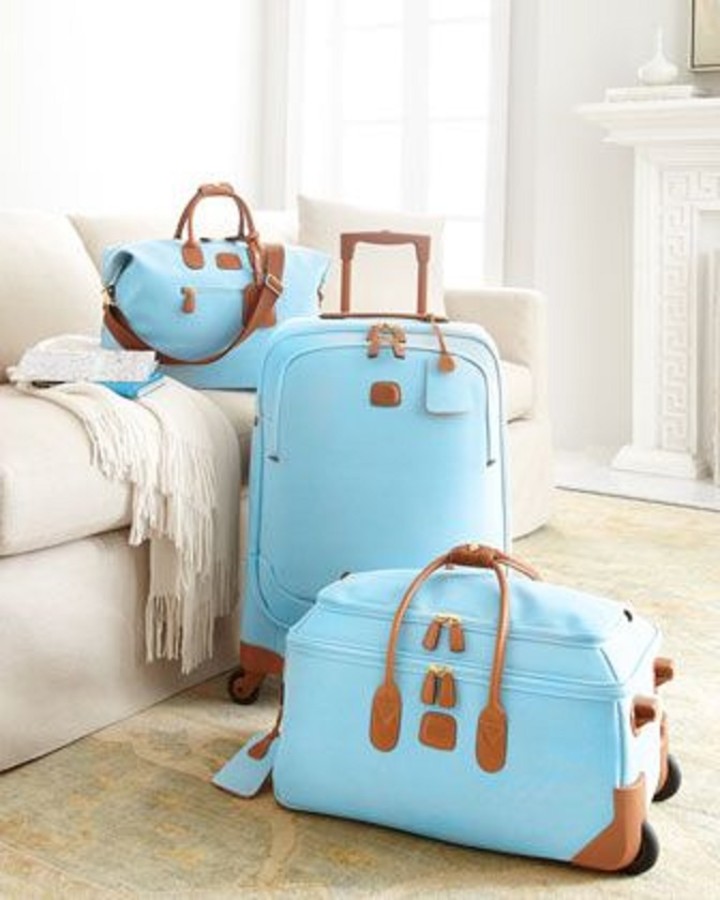 If every person traveling with you has two bags and the carry-on, if you’re traveling with five people, you should count 15 bags. Ideally, each traveler's set of three bags should be the same color. Each person should have their own color bag set. So when you’re looking out at all the bags, you can quickly count three green bags, three black bags, three blue bags, three pink bags, and three red bags.

4. Get, and keep with you at all times, two traveling potties... 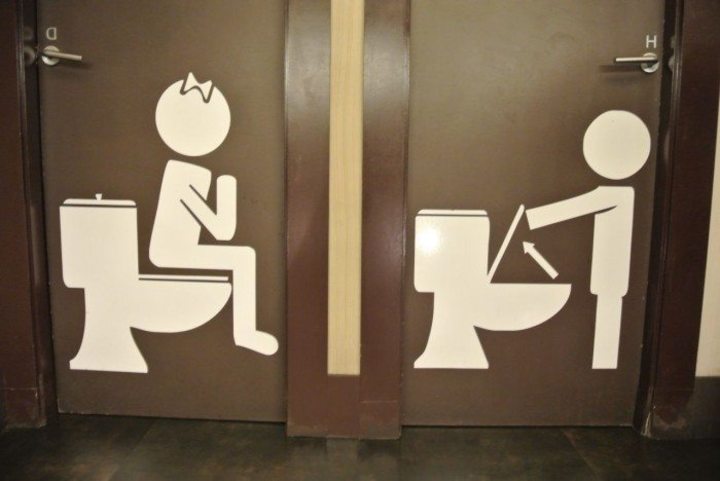 ..one packed in your suitcase and one with your carry-on. Traveling with children is always a trying experience, and something always gets left behind. We’ve left potties at the airport running to make sure we catch the plane, we’ve left traveling potties at gas stations on long road trips, not realizing that we left the potty until our next bathroom stop. There is no quick way to replace a traveling potty, and if you’re traveling with a young girl, there is no explaining the value of squatting. It just doesn’t make sense for them.

5. Assume that someone’s going to get sick. 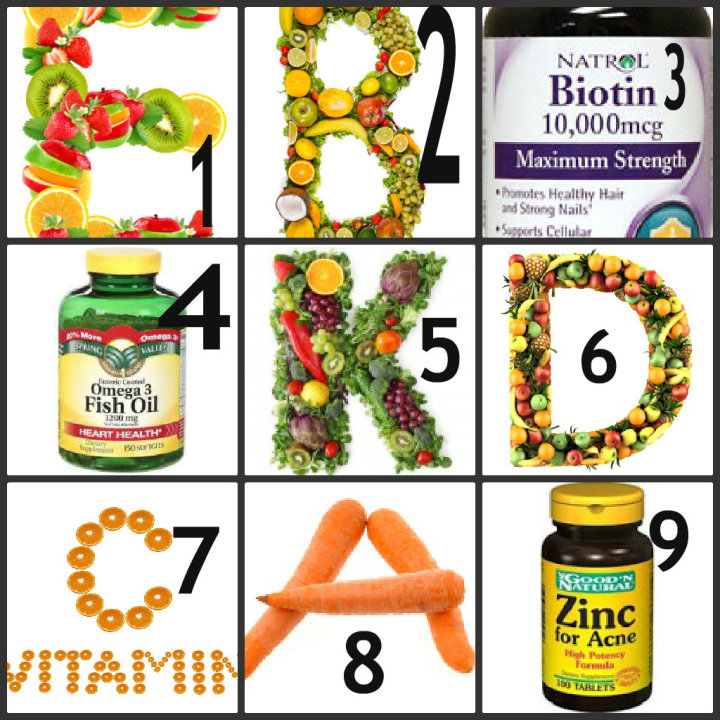 Most common illnesses are stomach bugs and colds. Fortify yourself and the family before any trip. In my bag I always have vitamin C, immune booster, grape seed extract, and activated charcoal (this is what they give people at the hospital who have been accidentally poisoned). 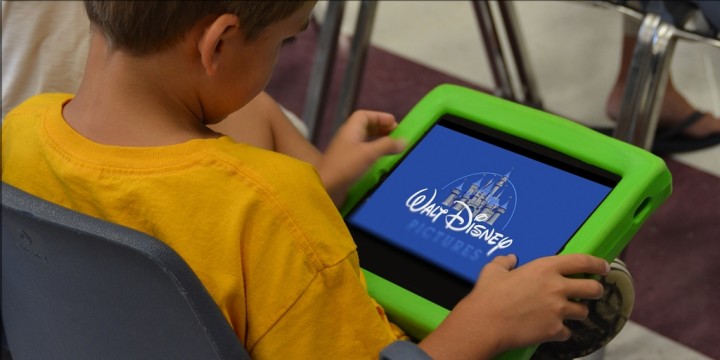 The Kindle is a traveler's best friend.

Today, fortunately, they are a lot of entertainment options for the little ones that will keep them from bothering other people on a flight, train or bus. My personal choice is a Kindle preloaded with my three-year-old son's favorite movies. I also make sure that we have the proper headset for him, earbuds that fall out of the ear aren’t a good idea.

7. Finally, if you’re flying, ask the flight attendant for Ginger Ale or other drink before you take off. 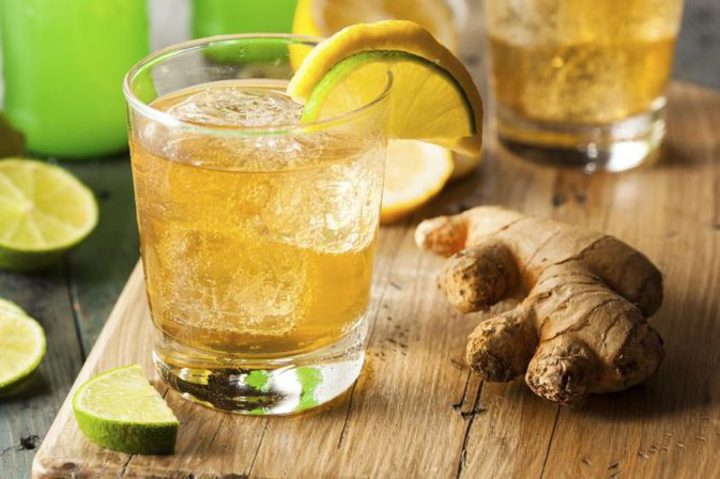 No more crying for clogged ears!

The little ones don’t know how to pop their ears and drinking Ginger Ale will take care of that both on take off and landing.

Get ready for an adventure of a lifetime! 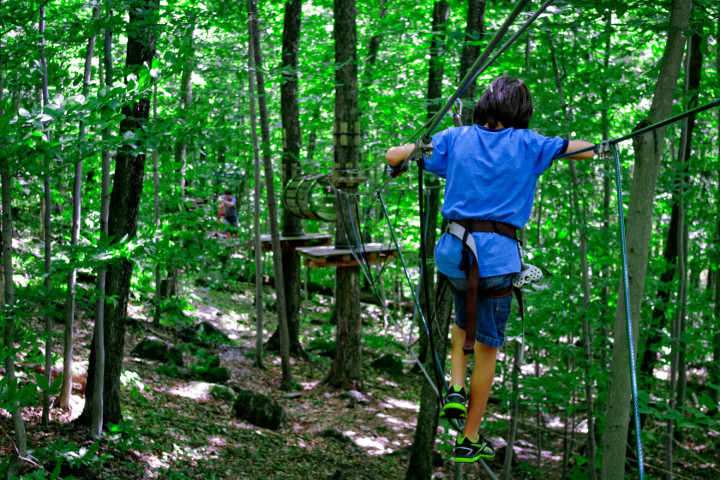 So hopefully I didn’t scare you. Traveling with kids can be lots of fun, you just want to be prepared. Seeing the world from their perspective is an experience I wouldn’t have wanted to miss, and something they will remember throughout their lifetime.

An expat currently living and working in the town of Boquete, Panama. Business consultant to travelers and business owners looking to explore their options for earning overseas.

See all posts by Suki Tranqille →